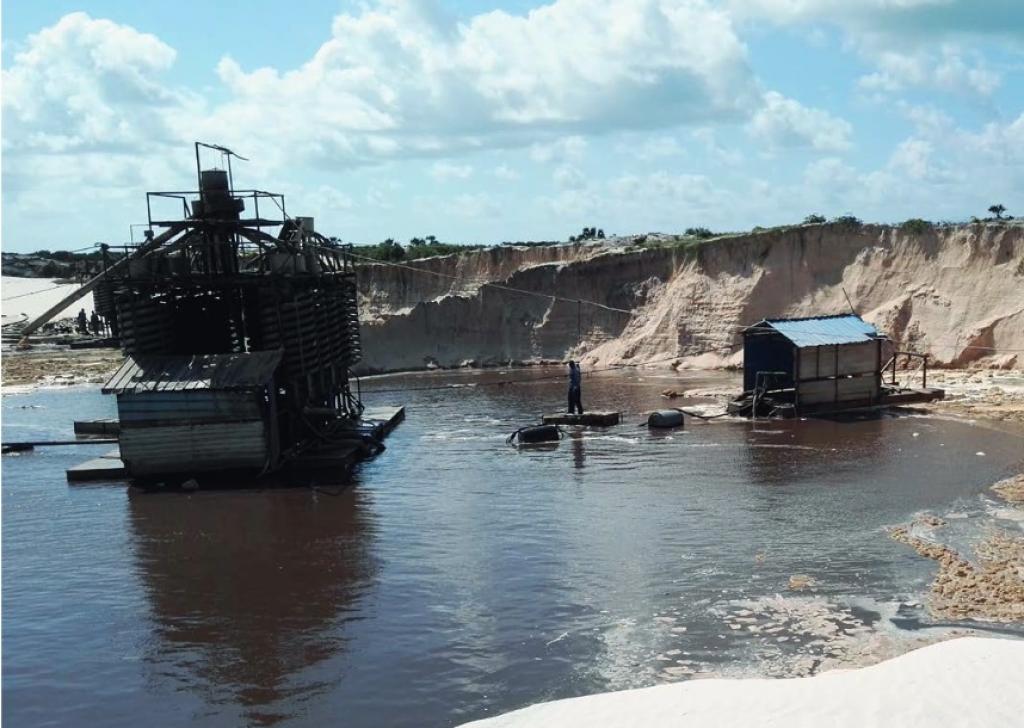 On February 7, 2015, a flash flood partially destroyed Nagonha, a coastal village in Nampula province in northern Mozambique. Forty-eight houses were washed away, leaving about 290 people homeless. Additionally, 173 houses were partially destroyed. Curiously enough, neither the local authorities nor the elderly residents of the village had any record or memory of such floods occurring in Nagonha at least in the last 70 years.

Haiyu Mozambique Mining Co, a subsidiary of Hainan Haiyu Mining Co. Ltd in China, is now believed to be the single biggest reason for this disaster. Since 2011, the company has been mining heavy sand minerals: ilmenite, titanium and zircon. It began mining about 3km north of this fishing village with 1,329 residents living in 236 huts about 180 km east of Nampula City in northern Mozambique. Gradually, the operations extended southwards, “bulldozing sand dunes, clearing vegetation and dumping mining waste over the wetland, burying two major lagoons and the waterways that connected them and the wetland to the sea”, according to Amnesty International, which had launched a two-year investigation into the flash flood and the mining operations.

Continuous tinkering with the ecosystem

Google Earth and satellite images of the landscape around the village from February 2010 to September 2015 suggest build-up of sand in Nagonha area and gradual change in the natural flow. By October 14, 2014, about 280,000 square metres of wetland north of the village was replaced by mining-related sand deposits, according to the satellite observations. The researchers found convergence between Google Earth images and the villagers’ accounts of sand mining waste blocking channels and lagoons. 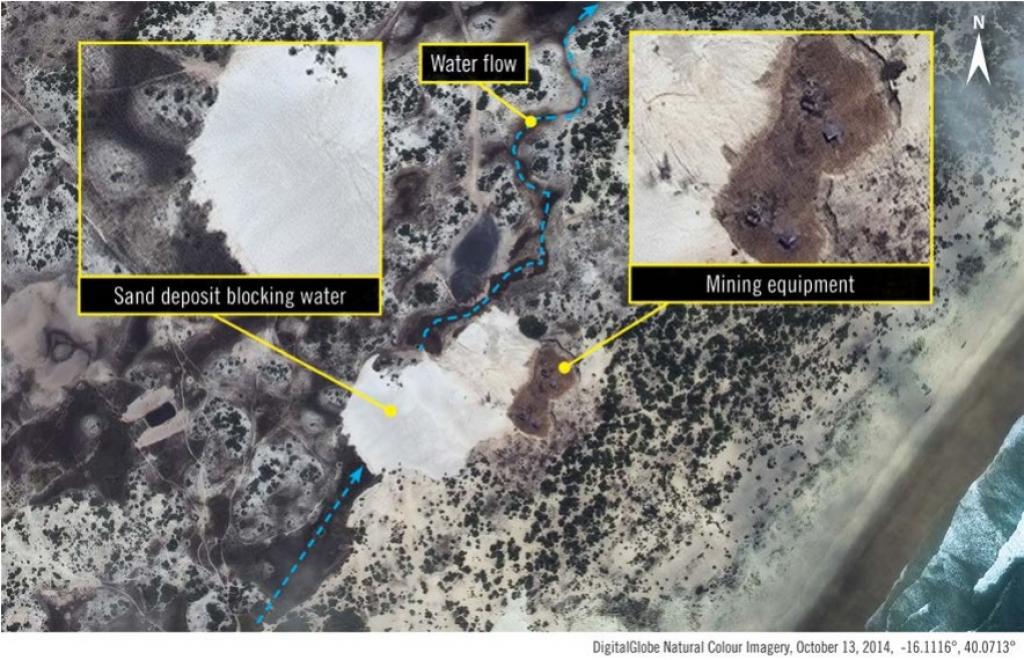 This change in topography “interfered with the natural patterns of water flows in rainy seasons, and interfered with the ecosystem’s ability to offer ecological services to the people of Nagonha and surrounding settlements”, the Amnesty report observes.

Although Mozambique received very heavy rainfall in early 2015, according to Dr Alan Tingay—an independent environmental scientist—the waste dumping, which filled in the wetlands, “certainly would have increased the probability and intensity of an overflow event”. He also stated that “inappropriate management of sand wastes resulting from the mining project very probably caused or at least increased the impact of flooding at the village…” The sand waste not only blocked some of the natural channels that allow water to move between the lagoons and out to the sea but also reduced the capacity of these wetlands to hold water.

On diving deep into the issue, Amnesty International found that Haiyu mining company failed to comply with domestic law on several accounts. Firstly, it failed to fulfil legal requirements for acquisition of the right to land use and development (DUAT). Secondly, it did not conduct environmental impact assessment (EIA) as mandated by the domestic law. Lastly, it failed to fulfil legal requirements of regular monitoring of environmental impact of mining operations.

Time and again, Haiyu refuted allegations that their mine operations had an impact on flooding, claiming that it was an act of nature. In an official statement before the media on April 4, China’s Foreign Ministry spokesperson Geng Shuang said that Amensty International’s observations are “irresponsible remarks targeting China”. The report, according to Shuang, “has not the slightest credibility to speak of”.

Besides violating local laws and refusing to accept its role in amplifying the impact of flood, the company also proposed a resettlement plan, which, according to Amnesty, "grossly neglects the company’s legal obligation to meet its social responsibility of providing critical social infrastructure to affected communities…" 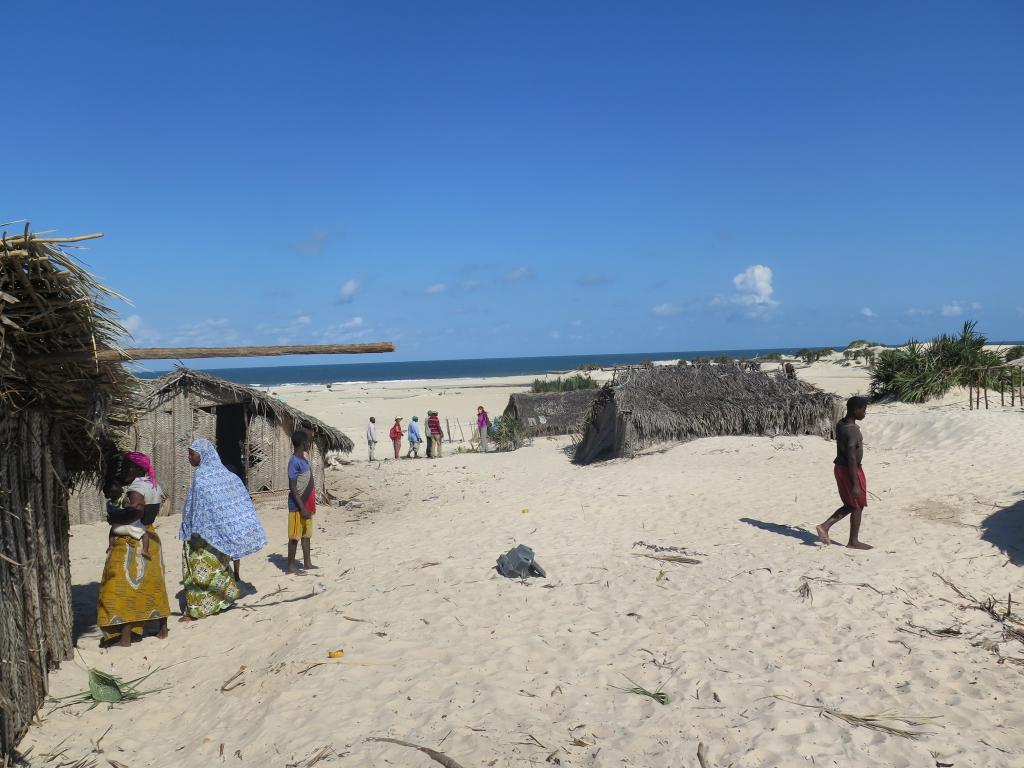 Six months after the community had been affected by flooding, Haiyu proposed to pay only US$90 to each household to rebuild their own homes and an additional about $400 for reconstruction of local mosque. This proposal was grossly inadequate.

On April 10, Amnesty International presented the findings of the report to the Mozambique Parliamentary Committee on Natural Resources, Environment & Agriculture. Following a discussion with the committee, Deprose Muchena, regional director of Amnesty International said, “The Committee dealing with key portfolios of agriculture, environment and natural resources in Mozambique is in agreement with Amnesty that situation in Nagonha needs urgent intervention to restore legality, protect rights of villagers and enforce corporate accountability.”

A community whose livelihood is tethered to ecology

Nagonha’s social and economic life is intertwined with the ecological function of the wetlands. Besides sea fishing, residents also used to fish in the wetlands. However, fishing activity dwindled after two major lagoons disappeared. For the villagers, wetlands are not just a flood-control mechanism but also a source of food, drinking water, medicinal plants and an important factor for retaining soil nutrition. "There is no evidence that the company made any effort to consider the impact of its sand dumping on the environment, the local draining system or the local people," the Amnesty report observes.