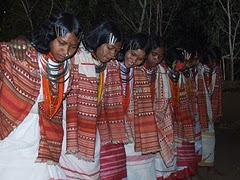 The Odisha Mining Corporation (OMC) has moved the Supreme Court to conduct fresh palli sabhas in a bid to revive the beleaguered Niyamgiri bauxite mining project.

The OMC is the mining arm of the Odisha government which has consistently refused to relinquish its hold over the bauxite depoisits in the Niyamgiri hills. The bauxite mining has been a touchy subject in the state which has the mining company—Vedanta Resources’ Rs 50,000 crore locked in as investments.

A very senior official of the OMC confirmed the filing of interlocutory application seeking fresh palli sabhas, to Down To Earth on the condition of anonymity. “The application is yet to be listed for hearing and any formal comment could be made only after the apex court hears the matter. However, Vedanta was in no way involved with the petition,” he said.

Prafulla Samantare, the National Convenor of the National Alliance of People's Movements countered it saying, “It is an open secret that Vedanta is involved in the move. With a refinery at Lanjigarh, smelter and power complex at Jharsuguda, how could they not be involved? They are obviously going with the assurance from the state government or in other words, the OMC that they will be supplied bauxite at throwaway prices. We will definitely oppose the move in the Supreme Court and fight against it till the very end.”

Two-and-half years ago, in what could be considered a historic referendum conducted between July 19 and August 20, 2013, the 12 palli sabhas of the Niyamgiri Hills unanimously voted out the bauxite mining project.

The palli sabhas were constituted based on the Supreme Court directive to ascertain whether mining in Niyamgiri would affect the religious, community and individual rights of local forest dwellers. The forest dwellers mainly comprise the Dongaria Kondh tribal group who have consistently and vehemently opposed any mining or development activity in the Niyamgiri Hills which they hold sacred.

According to another official of the OMC, the application seeking fresh palli sabhas underlines that during the 2013 refrendum, the mining was proposed as a joint venture between OMC and Vedanta where as now the mining will be done only by OMC. “OMC is the original lessee of the deposit after the joint-venture was cancelled. The Supreme Court will treat this as a new proposal and we can ask for fresh palli sabhas,” said the official.