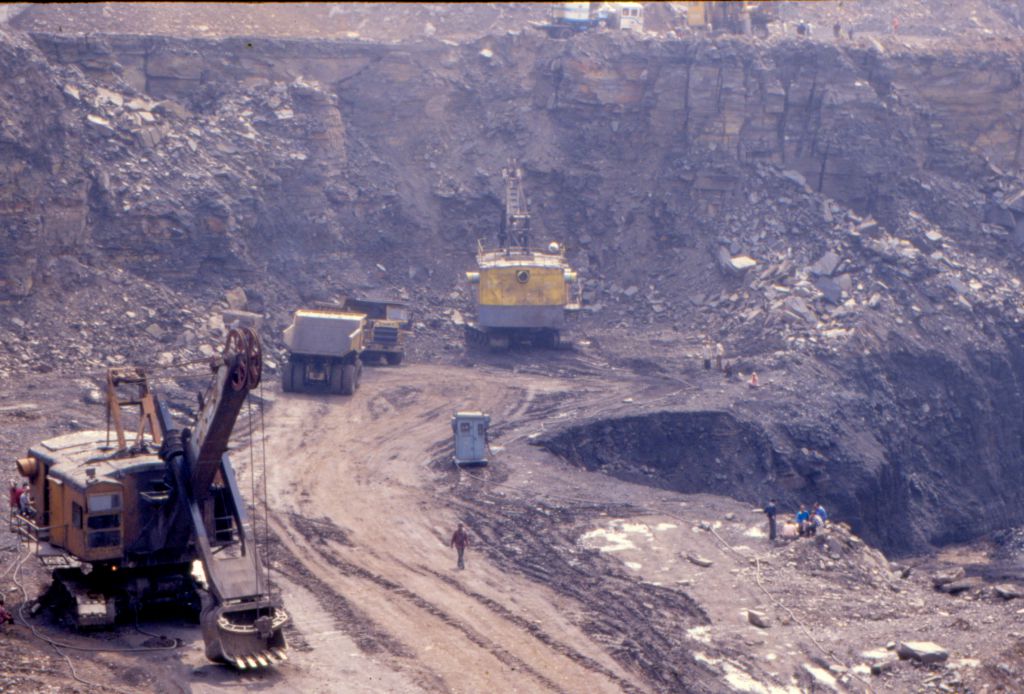 Climate change is an undisputable reality and countries are striving to reduce carbon emissions to move towards more environment-friendly fuels. Amid the scenario, the Indian government is pushing for high-carbon emission fuels such as coal for its energy requirements: It is planning to propose a new amendment bill this monsoon session to make coal production easy, said experts.

The proposed bill seeks to amend the existing Coal Bearing Areas (Acquisition and Development) [CBA] Act, 1957. The draft of the proposed amendment bill has neither been made public, neither has the Union government sought any public opinion on it.

Some information regarding new amendments, however, has been made public in the Lok Sabha Bulletin part-II.

Although new amendments are proposed for a constitutionally enacted law of 1957, it is being speculated that the 1957 Act carries the shadows of colonial objectives. The core and sole purpose of this central government law is land acquisition; environment and public interest were never a part of it, according to experts.

The law was primarily meant to facilitate the acquisition of coal reserves for Coal India Limited, a public undertaking with a significant role in India’s energy production.

The laws passed in the public interest and that are being circumvented by the proposed amendments are:

These laws came after 1957 (The PESA Act came into force 25 years ago), and yet, the CBA Act has maintained its supremacy over them.

In 2013, under the United Progressive Alliance’s tenure, the Right to Fair Compensation and Transparency in Land Acquisition, Rehabilitation and Resettlement (LARR) Act, 2013 was passed. However, it did not include coal bearing areas as these areas are included in the 1957 act.

What are the proposed amendments?

According to the Bulletin-II on Lok Sabha’s website, the new amendment bill will bring three important changes.

The new amendments are likely to change the federal structure of the coal sector. The central government, after the bill is passed, would be responsible for the acquired land. However, once the acquisition is done, the land and mining rights would be delegated to the states which can lease the acquired land or coal deposits to an eligible company.

The second big change would be regarding the use of acquired land. It could be used for constructing coal-related infrastructure, allied activities or other public purposes. The 1957 Act did not allow this.

In fact, it clearly stated that the land acquired for the mining of coal could only be used for the extraction of coal. Apart from this, under the MMDR (Mines and Minerals Development and Regulation) Act, the miners are obligated to restore the land to its former condition after the completion of mining.

Although it is not mentioned in the available notes, changes can also be made in the MMDR Act. In addition, the lease limit of the land can also be increased.

Lignite (low-grade coal minerals) could now be mined along with coal. To this end, appropriate changes will also be made in the Colliery Control Rules, 2004 and Coal Blocks Allocation Rules, 2017.

How will the amendments change land acquisition for coal mining?

Alok Shukla, member of the Chhattisgarh Bachao Andolan convenor board, sees the proposed amendments as “an easing of the system for rampant plunder of the tribal lands.”

“More than 80 per cent of the country’s coal reserves are in tribal areas. Most of them come under the Fifth Schedule of the Constitution. Both PESA and Forest Rights Act are applicable over this land, making prior consent of the local Gram Sabhas a constitutional provision. The process of land acquisition in these areas is being made easy throught these amendments by circumventing the existing laws.”

Moreover, the acquired land would be allowed to be used for other purposes. The 1957 Act restricted land use for only coal mining. Coal India Ltd has acquired a lot of lands for coal mining. But now it could be used for building infrastructure and ‘public purpose’ projects.

The new changes may also be applied to the previously acquired land, added Shukla.

The new amendment would make tribal land acquisition easy for big corporations, according to Kanchi Kohli, researcher at Centre for Policy Research.

She said: “The 1957 Act did not exempt permanent structures or projects. Through these proposed amendments, once the lease is granted, private companies would continue to have control over the acquired land even after mining activities are completed and will be able to continue ancillary activities.

The proposed amendments are a way for states to open up coal mining for private corporations, journalist Shreya Jai wrote in a report in Business Standard September 23, 2020.

In the same article, she wrote that the states would be provided with two options for land acquisition after the amendments; first, by using the conventional Land Acquisition Act, 2013 or by using the new Coal Bearing Areas Act, 1957.

The current Bharatiya Janata Party-led Rashtriya Janata Dal has been against the 2013’s LARR Act that repealed more than a century-old Land Acquisition Act, 1894. In December 2014, an ordinance against this law was brought by the central government. However, due to mass protests, the ordinance did not turn into a law.

What is the point of the new amendments when the Union government already approved the auction of coal reserves for commercial use of coal in 2020, Shukla said.

Amulya Nayak of Orissa’s Adivasi Chetana Sangathan (ACS) said the new amendments have a bigger objective to give the “land permanently to the capitalists”. The companies would maintain mining ownership over the leased land for a certain period. Later on, they would be able to use the land for their profitable projects in the name of public purpose.

“The proposed amendments are an attempt to woo private companies for commercial mining,” said Priyanshu Gupta, a fellow researching the issue.

At least 67 coal blocks were brought for auction during the last year, but only eight coal blocks have been auctioned by the government so far, said Gupta. The government, however, has learnt the wrong lesson from its failures.

The real reason behind these failures is not the existing law, but the demand and supply system of coal, he added. If demand, consumption and production of coal are properly analysed, there won’t be any purpose in allocating new mines.

Coal India Ltd validated Gupta’s claims. According to a statement by Coal India on India Environment Portal, coal blocks with an annual capacity of about 510 million tonnes were allocated between 2015 and 2020.

Of these only, 110 million tonnes per annum have been used so far. Allocating more coal blocks in the name of energy requirement is a mere facade.

Coal India’s vision document, Coal India Vision-2030, also stated that India did not require allocation of new coal blocks or mines for the next 10 years.

The proposed amendments are a “political tool” said Nand Kashyap of the Chhattisgarh Bachao Andolan. He added: “The Centre appears to be addressing the grievances of the states regarding commercial coal mining through these amendments. The state governments objected to the Centre’s monopoly over coal because coal is a state subject. Through these amendments, the Centre is trying to serve its political interests by giving lease allocation rights to states.”

It has given the right to allocate leases for coal mining to states, but also wants to control the entire process of acquisition. This is a little contradictory, but ultimately it can give the illusion to the states that their revenue will increase.

However, without support from states, land acquisition won’t be easy for the Centre, Kashyap added.

Ashok Shrimali of Mines, Mineral and People, a non-profit, said the new amendments are a way to bring private companies into the coal sector.

Until now, people could resort to protest or approach court against the forceful land acquisition. This would be more difficult after the new amendments. These amendments incapacitate the constitutional foundations which supported public participation and mass movement.

It’s possible that this bill would also be passed in the same manner.

The opposition for a long time has been accusing the government of curtailing discussions and reducing the Parliament session for just passing bills. Opposition alleged that they were not given the draft for reading before the discussion.

Derek O'Brien from the Trinamul Congress Party equated the passing of the legislation to ‘Papdi Chaat’.