A road in national interest: Despite its opposition, a tribal village sees a road cut right through it to mine one of India’s biggest iron-ore deposits 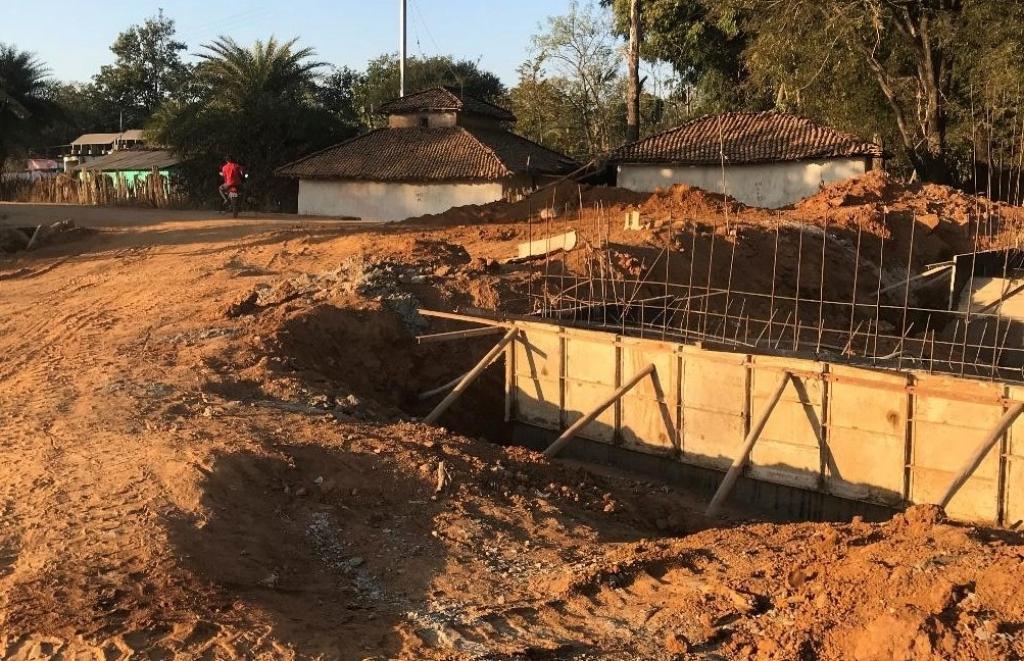 The grey concrete road through Khodgaon can be a reminder of what can be the fate of a resource-cursed tribal village. Countless Indians despair for connectivity; for the residents of this village at the foothills of Chhattisgarh’s Rowghat mountains, however, it’s no good news.

The upcoming road is to connect the hills in Matla Reserve Forest to the Narayanpur-Antagarh road so that dumpers can ferry iron ore to the Antagarh rail yard up ahead. Meanwhile, Khodgaon — already among 22 villages affected by the project at Rowghat to mine what is arguably one of the country’s largest deposit of the ore — has been counting days before it changes into a dust bowl.

The concrete road will replace a narrow blacktop, more in sync with the place, something the children would be comfortable walking on their way to the village school and Anganwadi centre. 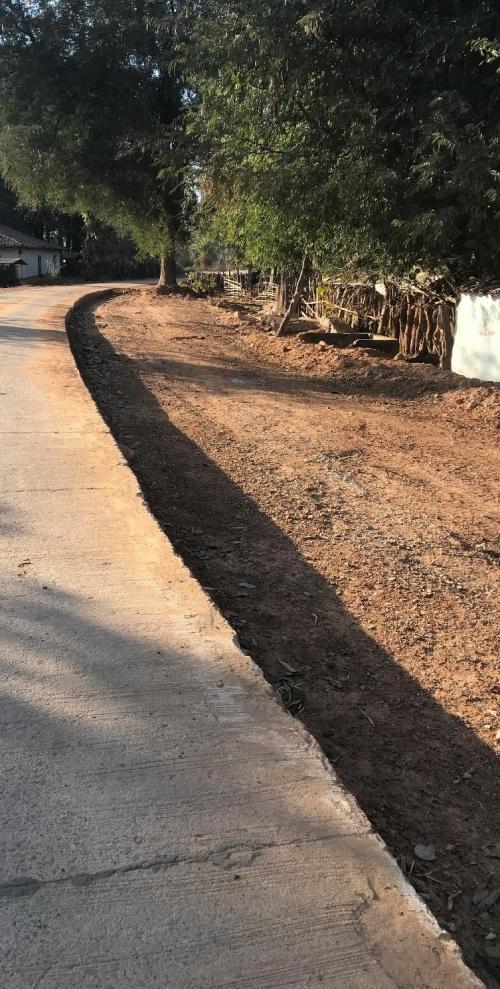 Residents of the sleepy hamlet in Narayanpur district said they had no inkling of any such road before 2019. That was when the local administration convened a Gram Sabha (village council). It met in October that year to discuss land acquisition, where protests by the villagers went unheard.

Plans, however, were afoot since 2016 when Bhilai Steel Plant (BSP) approached the Union Ministry of Environment, Forest and Climate Change (MoEFCC) to let it tinker its original plans — which had no mention of any such road.

There is an estimated 511 million tonnes iron ore under the Rowghat mountains, something that BSP — an undertaking of public sector Steel Authority of India Ltd — has been pursuing since decades.

It first applied for a mining lease in 1983 and eventually received the mandatory environmental and forest clearances in 2009: It could mine 14 million tonnes ore a year across 883 hectares forest land amid a total deposit area of 2,029 hectares. It has entered into agreements with two private companies.

A legal challenge was soon filed, pointing out that Gond Adivasis of the region considered Rowghat to be the abode of their deity Raja Rao and letting BSP mine the hills would infringe their Right to Religious Freedom.

The petitioners pointed out that their forest rights claims had not been settled while the company was granted clearances. The Scheduled Tribes and Other Traditional Forest Dwellers (Recognition Of Forest Rights) Act, 2006, aka the Forest Rights Act (FRA), recognises the rights of tribal and other forest dwellers of India.

There is another lawsuit regarding the construction of the Rowghat-Dalli Rajhara railway line for the mines. Both cases are pending at the Supreme Court. In the absence of any stay by the courts, the project has been underway.

But BSP’s original proposal, approved by MoEFCC, was to transport iron-ore through closed conveyor belts and freight trains; not on open dumper trucks right through human habitation.

But in December 2016 it wrote to the ministry, claiming it was been unable to mine and move the ore as ‘Naxals’ — colloquialism for the banned Communist Party of India (Maoist) — had slowed down construction of the rail tracks. This is when it mooted the idea of the contentious road; the MoEFCC agreed to it as an interim arrangement.

“You cannot build a road in the middle of the village, I told them in the meeting,” said Ramlal Kumeti. Khodgaon’s reference was to the 2019 Gram Sabha session. Several others said they resonated his views.

But then, he alleged, the local administration took to coercion:

Some were pressured. We were told the force (paramilitary forces) would come and our houses would be demolished. The tehsildar said our caste certificates won’t be made.

This reporter could not independently verify whether such oral threats were issued.

But there are multiple battalions of paramilitary forces to guard and facilitate mining. The company pays for the stay of the personnel, who are supposed to counter Left-wing militants.  One such camp is right next to Khodgaon and, in practise, ordinary tribals fear them as much.

Some people gave in to the pressure, Kumeti said, but people still vetoed the road even in the second Gram Sabha.

Normally, one majority decision would be enough; but in this case even two weren’t. And a third Sabha was quickly convened in the presence of sub-divisional magistrate (SDM) of Narayanpur block.

The current SDM as well as BSP did not respond to this correspondent’s requests for comments.

Though the FRA empowers tribals to claim traditional forestlands, in reality rights are to be settled in large parts of India and many continue to live ostensibly on ‘government land’. The law requires the government to first settle claims, hand over titles. Then, if needed, it can seek back land with the consent of the title-holders and by compensating them.

In Khodgaon, residents’ claims were not settled. “We were told that whoever is affected by the road would be compensated fairly, even those who live on land recorded as government land,” Kumeti claimed.

The assurance made people relent. But the final, written Gram Sabha resolution did not mention any such assurance.

According to the villagers, all of them — around 50 families — should be compensated. The local tehsildar, however listed only 32 families living on ‘revenue land’ as eligible for a flat Rs 2 lakh compensation, irrespective of the size of respective holding or whether they were wooded.

An application under the Right to Information Act revealed that “after Gram Sabha approval land for widening the road was taken” and that “after approval from affected persons and rate decided by the revenue department, the landowners were given compensation amount”.

It did not mention provisions of the Right to Fair Compensation and Transparency in Land Acquisition, Rehabilitation and Resettlement Act, 2013, which governs such calculations. It also did not mention if and how forest land title holders were or should have been compensated.

By February 2021, Mohan Darro — a resident of Madpa, a nearby village along the Narayanpur-Antagarh main road — moved High Court of Chhattisgarh. He challenged the “interim” permission to BSP, worried about the impact mining trucks on the road.

Not only have the villagers alongside these roads not been consulted, they have not even been informed of the change by the project proponent; even though their health, livelihoods, safety and security will be impacted by the continuous passage of ore-carrying trucks. No public hearing has been conducted on this issue, and the impacted communities have not been given any opportunity to register their concerns or seek clarifications, despite this being a Scheduled Area under Schedule V of the Constitution.

The court dismissed Darro’s petition, not due to demerits in his contention, but because: “To arrest the movement of Iron Ore in the like nature of conditions would have a larger impact on the economy of the country.”

Then there was the spectre of “violence”; the judge wrote:

The submission of the petitioners could have been appreciated when such conditions of violence do not exist and the law of the land can take effect in normal conditions.

The Environment Protection Act, 1986 — under which environment clearances are granted —does not envisage a situation where the law is not applicable due to “Naxal movements” or “unnatural events”.

The judge threw in some poetics too:

The balance of convenience would hold the sway in favour of such movement of iron ore in the manner it is being carried out. It appears road to prosperity to all in strewn with sharper thorn.

By February, the administration reneged even on the limited compensation it had paid out. Three of the 32 villagers received notices to return their Rs 2 lakh as the powers that be decided their names were mistakenly inlcuded in the list.

Arrest warrants followed when they did not return the money. The three, who do not want to be named, have been dodging arrests for over four months, they said.

Sagarika is an independent reaearcher. This story was reported under the National Federation of India Fellowship for independent journalists.