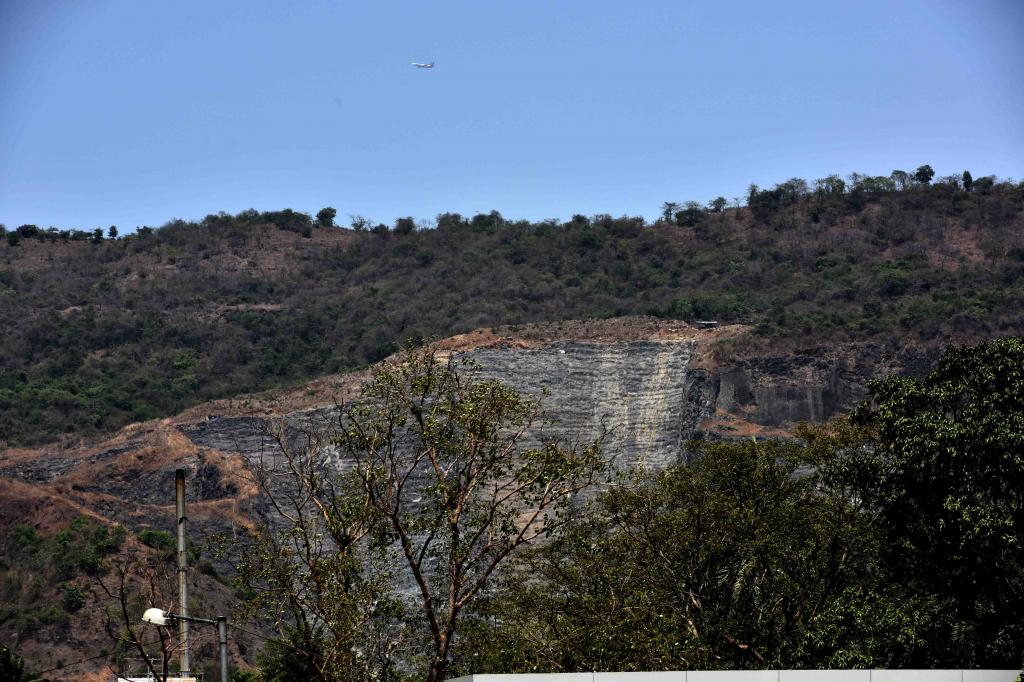 The quarries have remained inactive since May 2017 due to pressure from residents and concerns over pollution levels (Credit: B N Kumar/PRCI)

The mining lease of multiple quarrying companies operating along the Parsik Hill near Navi Mumbai is up for review. An ongoing campaign, led by non-profit Public Relations Council of India (PRCI) and backed by four other NGOs, hopes to bring the environmental destruction to light and halt the quarrying.

Air pollution levels around stone crusher units are hundred times the acceptable levels, according to the Maharashtra Pollution Control Board (MPCB). Quarrying along the 15-kilometre-long hill stretch has destroyed biodiversity, forests and affected the water table. Stalin D, director of non-profit Vanashakti says, “The Parsik hill range has the potential for an excellent venue for eco-tourism and adventure sports. Please save these beautiful forested hills from reckless destruction.”

Quarries were first allocated to locals who had given their land to the City and Industrial Development Corporation of Maharashtra (CIDCO), for the expansion of Navi Mumbai. These quarries have now changed hands, according to an RTI response obtained by Nandakumar Pawar, director of Shree Ekvira Aai Pratishthan. Pawar adds that many owners enjoy political patronage.

The Ministry of Environment, Forests and Climate Change granted mining rights in Parsik Hills for 20 years from 2006 till 2026. The CIDCO, however, restricted the lease to ten years, up to September 2016. The lease was extended till March 2017, only to be challenged through a Public Interest Litigation (PIL) by a resident. The quarries have remained inactive since May 2017 due to pressure from residents and concerns over pollution levels.

Activists plan to continue their fight by moving to the National Green Tribunal and approaching Maharashtra Chief Minister if the decision is not in their favour.