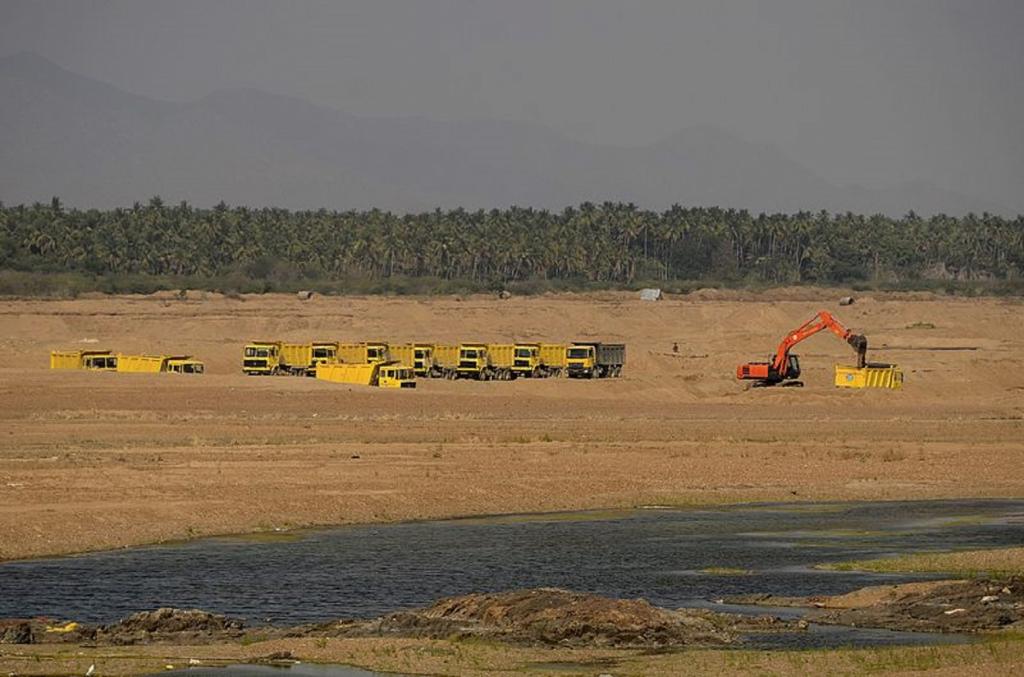 It's been three years' time since the Ministry of Environment, Forest and Climate Change (MoEF&CC) created district-level authorities to give environmental clearance (EC) to small-scale mining projects. The National Green Tribunal (NGT) has now raised serious doubts about the competence of these authorities.

On December 11, the principal bench of the NGT chaired by Justice Adarsh Kumar Goel strictly noted that the District Expert Appraisal Committee (DEAC), which is entrusted with evaluating EC proposals for small-scale mining projects of minor minerals, “comprises of officers with no expertise or scientific knowledge to assess environment implications”.

Besides, the competence of authorities, the tribunal has also questioned the procedure laid down by the Union ministry for granting EC to small-scale mining projects. These projects involve mining of minor minerals such as sand, stone etc, in leases below 25 hectares (ha).

The order was given by the NGT in response to a petition and an earlier application that expressed concerns with the procedure of granting EC for allowing mining activities in small-scale leases, and their impact on the environment.

In January 2016, the MoEF&CC amended the Environmental Impact Assessment (EIA) Notification 2006, and made EC compulsory for mining of minor minerals in lease areas of any size. The amendment specified that ECs will be required for mining even in leases below or equal to five ha, which earlier did not require an EC.

At the same time, district level authorities—District Environment Impact Assessment Authority (DEIAA) and District Expert Appraisal Committee (DEAC)—were created to deal with ECs of such small-scale mine leases. They have also been charged with ECs for mining in clusters, where the cluster size is greater than five ha but less than 25 ha, with no individual lease being more than five ha.

The amendment also outlined certain environmental safeguards. Particularly two things were noted — development of a district survey report and small scale mining in a clustered manner. It was noted that the DSR shall be prepared for each minor mineral in the district separately.

The main objective of the preparation of DSR is the identification of areas where mining can be allowed and also where mining must be prohibited due to geological and physical limits. The report will also help in calculation of annual rate of replenishment and allowing time for replenishment after mining in an area. The DSR shall form the basis of application for EC, preparation of reports and appraisal of projects. The DSR shall be updated once every five years.

The 2016 Amendment to the EIA Notification was particularly done by the union environment ministry following court order on the matter. Directions were issued by the Supreme Court (SC) in 2012 and the NGT in 2015, for regulating small scale mining in a sustainable and transparent manner.

There were mounting cases of rampant and illegal activities particularly related to sand and stone mining, that were brought before the courts and were also being widely reported. The 2016 Amendment was thus expected to tighten regulatory safeguards for small-scale mining and improve environmental performance of such activities.

In its December order, the NGT observed that the 2016 Amendment has failed improve environmental safeguards for mining in small scale leases. As a reason, the tribunal questioned the competence and knowledge of authorities dealing with such ECs.

As per the EIA Notification amendment 2016, the DEIAA is a four-member body chaired by the district magistrate or collector. The DEIAA is responsible for giving the EC.

The other authority, DEAC, is supposed to evaluate the merit of a proposal, assess its environmental impacts, and recommend the DEIAA whether a proposal can be granted an EC or not. The NGT has particularly questioned expertise and qualification of the DEAC members as outlined in the 2016 Amendment.

According to it, the DEAC is an 11-member body chaired by the senior most executive engineer of the irrigation department. The assistant or deputy director or district mines officer or geologist in the district (in that order) is the member-secretary.

However, the tribunal clearly does not find these authorities competent enough to conduct proper scientific evaluation of project impacts, and considers them bureaucratic. It also says that allowing them to evaluate sand mining proposals, which is a major small scale mining activity in all states and has huge environmental implications, is also not suitable for the Sustainable Sand Mining Management Guidelines, proposed by the union ministry in 2016.

The NGT in fact has now directed the MoEF&CC to reconsider and revise the steps and procedures for granting EC to small scale mining leases of minor minerals, as laid down in the January 2016 notification.

The Tribunal has emphasised that to ensure environmentally responsible mining, the Centre should develop guidelines in spirit of the SC judgment that was given in 2012. The SC in its 2012 judgment in the matter of Deepak Kumar etc. vs State of Haryana & Ors. had emphasised the ills of unscientific sand mining and the importance to deal with it through proper regulatory mechanism.

The NGT, thus, asked the environment ministry to revise the procedure of the EC requirement requiring an EIA/ EMP and public consultation to be done for all mining proposals involving leases more than five hectares.