The coal mine in Talcher where the incident occurred. Photo: Ashis Senapati

One miner died and at least four are feared dead after a landslide at a coalmine owned by Mahanadi Coalfields Ltd, a public-sector undertaking, in Odisha’s Talcher on July 23, 2019. Fourteen workers were in the mine when the incident occurred.

“We have recovered one body but the casualty might go up to 14 as the coal dump suddenly collapsed while workers were inside. We rescued nine workers in serious condition and admitted them to the Central Hospital of MCL at Talcher on July 24. We are looking for the rest of them,” Paresh Chandra Nayak, sub-collector, Talcher, said.

Four trucks, one loader and other equipment are also buried in the coal mine. The MCL had entrusted Sical Pvt Ltd to dig coal from the open cast coal mine, he added.

“Government and MCL officials began the rescue and relief operation soon after the accident, the cause of which is still being investigated,” Nayak said. 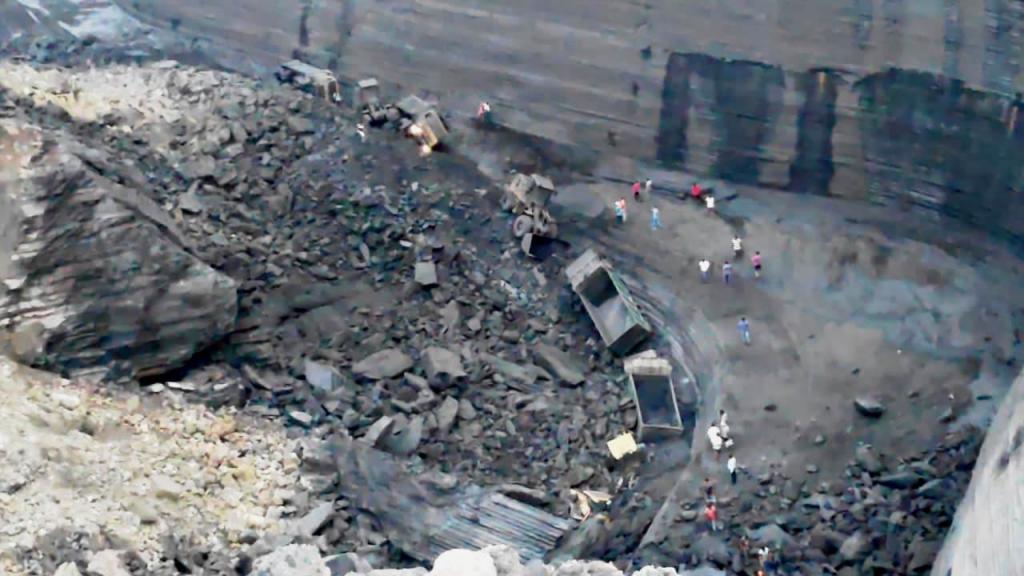 The Director General of Mines Safety, Bhubaneswar and the district administration will conduct an inquiry to ascertain the reason behind the disaster.

‘The miners were working without any safety equipment such as hard hats, safety boots, gloves and goggles,” alleged Jagajiban Das, a trade union leader.

A worker seconded Das by saying the coal mining sites are death traps for workers. “Many workers have only two choices: To take the risk of death or lose income. We have to work in the coal mine to earn a living. We have no other source of income to depend on,” said Giridhari Behera, a coalmine worker.

Agitated workers gheraoed the general manager of the coalmine and demanded stern action against those responsible for this incident and proper compensation to the family members of the deceased workers.