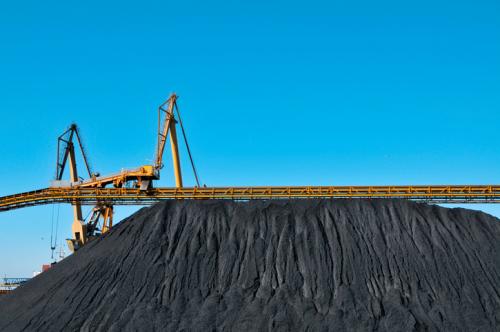 Traditional land owners have moved to the Queensland court to appeal against mining lease granted to Adani's Carmichael project. The Wangan and Jagalingou Traditional Owners Council, representing a group of aboriginals, has been against the proposed project, claiming ownership of Galilee Basin—a part of the mining site.

Filing this new legal challenge, spokesman Adrian Burragubba said the council was “offended that Adani failed to even acknowledge our concerns.” He continued by saying, “But the offence is minor compared to the way Adani mining and the Queensland government have treated us and our rights.”

If Adani Group successfully tackles this hurdle, the proposed US $12 billion Carmichael coal project will be one of the world’s largest coal mine, once work begins in 2017. Consisting of six open-cut pits and up to 5 underground mines, the mine is expected to supply Indian power plants with enough coal to generate electricity for up to 100 million people.

Adani group recently secured final approval for a permanent rail line in Galilee Basin after multiple legal hurdles. The Queensland's coordinator-general gave "the latest, and final, secondary approval" for 31.5 kilometres of permanent track, as well as a 300-bed camp, according to an official statement.

Townsville Mayor Jenny Hill saw the approval as a huge win for the region. "We've got one of the highest unemployment rates in Australia," she was quoted as saying in media reports. "These are the sort of projects that can support 2,000 to 3,000 jobs, not to mention the other jobs that come from the fact that so many people are employed," Hill said. Environmentalists on the other hand were not pleased with this development.

Ever since the initiation of the Carmichael project by the Adani Group in 2010, it is being opposed by green groups. This has led to constant back and forth of approvals, being granted and withdrawn multiple times. The project was first granted approval by a federal court in 2014, only to be revoked in August 2015 due to environmental concerns. Scientific evidence was gathered to show that the mine would destroy 10,000 hectares of habitat for endangered species. However, in October last year, the project got a new lease after the Australian government re-approved it, albeit with 36 conditions attached. The government asked for protecting and improving 31,000 hectares of the southern black-throated finch’s habitat, funds worth $1 million for research programmes to improve conservation of the threatened species in Australia’s Galilee Basin and other areas.

In November 2015, the environment activist group Australian Conservation Foundation (ACF) challenged government’s approval in the federal court. The group claimed that coal from Carmichael mine will create 4.7 billion tonnes of climate pollution, countering Australia’s efforts to reduce pollution. The Wangan and Jagalingou Traditional Owners’ Council also issued a statement against the project during this time.

In August 2016, Coast and Country, a green group said that the department failed in its obligation under state Environmental Protection Act to determine whether its decision would best achieve ecologically sustainable development. Following this, a court launched a judicial review of the Queensland government's initial approval but Adani group eventually regained it.

The opposition by indigenous group may the process. Wangan and Jagalingou youth leader Murrawah Johnson said the council had “vowed to do everything in our power to stop the mine proceeding, and we will take our concerns to the high court if necessary.”