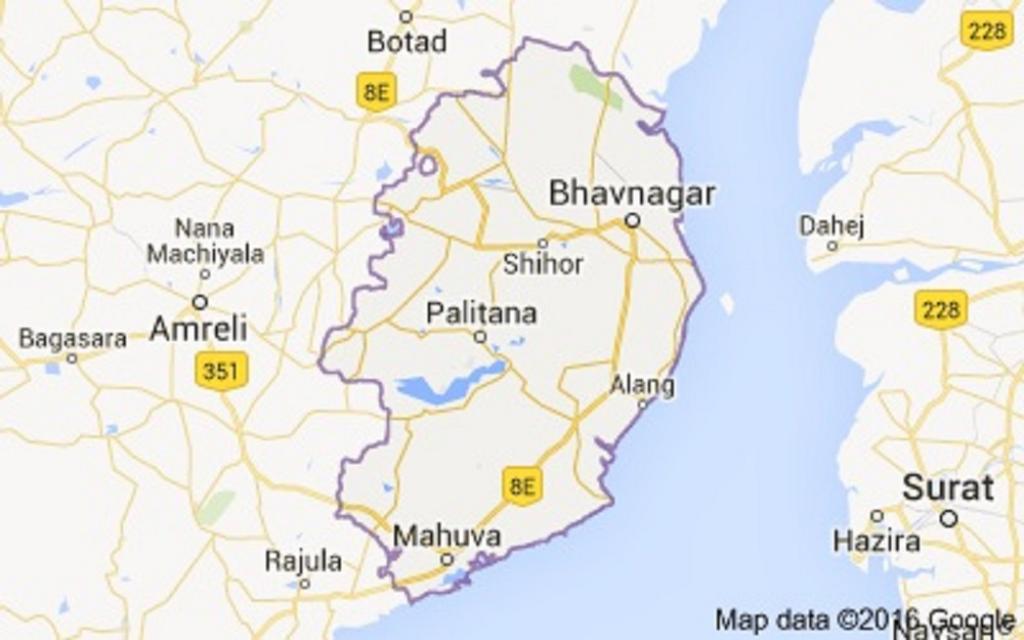 A group of farmers in Gujarat’s Bhavnagar, who have long been opposing limestone mining in the district, recently wrote to a court-appointed panel highlighting how the proposed project would undermine the ecology apart from endangering livelihoods.

The farmers sought that the committee, appointed by the Gujarat High Court, recommend that all mining on agricultural lands of Mahuva and Talaja talukas of the district be stopped with immediate effect. They also sought that the panel advise the court to cancel the mining permission and lease.

“The issue is not of livelihoods alone but of the loss of the entire ecosystem, water bodies, biodiversity and the endangered and protected lion population in the area,” said Sagar Rabari, president of Khedut Ekta Manch Gujarat, a farmers’ platform.

The farmers wanted the committee to advise concerned departments to ensure that before sanctioning of any land for non-agriculture use, prior informed consent of affected people be made mandatory — not only from Gram Panchayat, but Gram Sabhas as well. They called for a mandatory livelihood loss survey too.

Rabari submitted a letter to committee members in late June on behalf of several organizations opposed to leasing out of land to a cement company for mining limestone for 50 years. Farmers of around 13 villages have kept the company out of the land in question.

After some violence on January 2, 2019, farmers approached the high court seeking action against the police for alleged custodial torture of agitators including women and children. The court in May reportedly transferred the case to the state Criminal Investigation Department after preliminary judicial inquiry findings pointed to police atrocity.

It then formed a three-member committee to find out the repercussions of a mining lease in agricultural lands. It also has to report on police atrocities in three months to the court in Bhavnagar.

The farmers listed several reasons for their stand: Pointing towards the specific impacts of limestone mining in 1,300 hectares over the 13villages of Talaja (Jhanjmer, Talli, Methala, Madhuvan, Reliya, Gadhula, Bambhor, Nava Rajpara, Juna Rajpara) and Mahuva (Nicha Kotda, Uncha Kotda, Dayal, Kalsaar) talukas, they claim 98 per cent of the acquisition was of private agricultural land.

Limestone, they said, was responsible for the availability of sweet water.

Referring to Mahuva — referred to as Kashmir of Saurashtra — they said its coconut plantations and Jamadar mangoes would face extinction.

They also requested the committee to refer to scientific data and studies on salinity ingress in the area in the last four decades and also probable impact on fertility.

They sought an invitation to the forest department officers to gauge the number of lions, vulture and migratory birds in the region and the potential impact of mining on bio- diversity.

They pointed out that mining would entail excavation, blasting, drilling and manual shattering of rocks, loading and transportation, etc. This would lead to disbursement of dust on fields, water bodies and standing crops, which could eventually lead to desertification and stunting of crops like cotton, onion, garlic, jowar, millet and vegetables. Water sources would also be polluted.

A check dam built on Bagad river by the people of Methala and Kotada to check salinity ingress would also be endangered.

The letter underscored that the local population was dependent mainly on agriculture.

Villagers were earlier compelled to migrate in search of work post-Diwali in the absence of permanent irrigation. The children suffered academically and the migrants had to live in precarious conditions in the Ankleshwar -Vapi industrial area.

“The check dam assured a regular source of irrigation, greatly raised the water table and improved the quality of water only in one monsoon,” the letter pointed out.

Bhavnagar district, particularly the two talukas, are known for their onion and garlic. Based on them, around 1,102 dehydration plants function there, each employing 200-250 people, for around 100 days every year. Dehydrated onions and garlics are exported to Russia, the Middle East, Germany, France and USA.

There are also around 30 cotton ginning mills in the talukas, providing seasonal employment to 2,500-3,000 people.

“If the fertile agriculture land in the area is mined and polluted, not only the entire agro industry but the farmers, the farm workers, the cattle-rearers and the workers working in agro industries would lose their employment and will be forced to migrate elsewhere thus falling into poverty and vulnerability,” the letter claimed.

The letter inferred to the Report on Development of Coastal Areas Affected by Salinity (November 1981) by the Planning Commission. The report dwelt on the problem of salinity ingress in coastal Saurashtra right from the 1950s. It also emphasised on findings and recommendations of a 1976 high-level committee.

"We are awaiting what the committee submits to the court. Thereafter, we will chalk out our agitational programme. We will not give up the fight," Rabari told DTE.

Gujarat might just see another battle around ecology and livelihood.