The water levels are below the previous highest flood level of 87.37 meters recorded in 1991 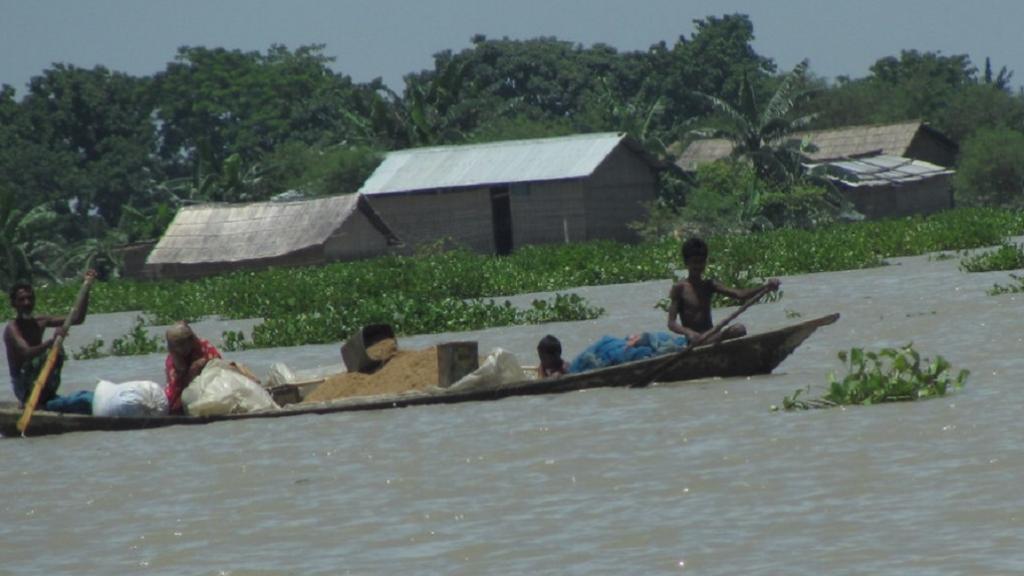 River Brahmaputra at Neamatighat, at Jorhat district, is flowing above the danger level, the Central Water Commision on May 13, 2019 warned in a tweet.

River #Brahmaputra at Neamatighat (#Jorhat Dt, #Assam) is flowing above #Danger #Level. Hydrograph and Google Earth area of inundation is as shown in picture below: pic.twitter.com/Bbf5rJng2R

CWC’s Hydrograph measures 84 metres as the warning level and 85 metres as the danger level. However, the river has crossed both and was nearly at 85.5 metres. However, the levels are below the previous highest flood level of 87.37 meters recorded in 1991.

Meanwhile, Assam Chief Minister Sarbananda Sonowal on May 12 visited the Kaziranga National Park, and inspected the 33 highlands created for sheltering wildlife during floods. He also asked the authorities to ensure safe shelter, adequate food and treatment for animals in case of floods.

According to media reports, the Chief Minister said: "No animal of the park should die during floods due to scarcity of food and medicines.”

Assam has been ravaged by floods every year, especially by the overflowing of Brahmaputra. It is because the state receives both the monsoon rains, and water from perennial rivers that originate from the Himalayas. Since the glacial melt coincides with the summer monsoon season, any intensification of the monsoon is likely to contribute to floods downstream. Coupled with floods, erosion by rivers causes loss of nearly 8,000 hectares (80 square kilometres) of land in the state every year.

Recently, a group of about 500 girls in the flood-prone state also approached politicians to include concerns such as flood-resilient infrastructure in their election manifestos for the 2019 general elections.

“The children voiced their request for flood-resilient infrastructure, particularly schools. They said beyond erosion, the main issue was flooding because they were not in a position to attend schools… the schools were not accessible,” Chiranjib Kakoty of ACRNA told Mongabay-India.