Though cyclones and floods are routinely visiting Tamil Nadu every December, disaster risk reduction concerns have not been integrated into the plan effectively 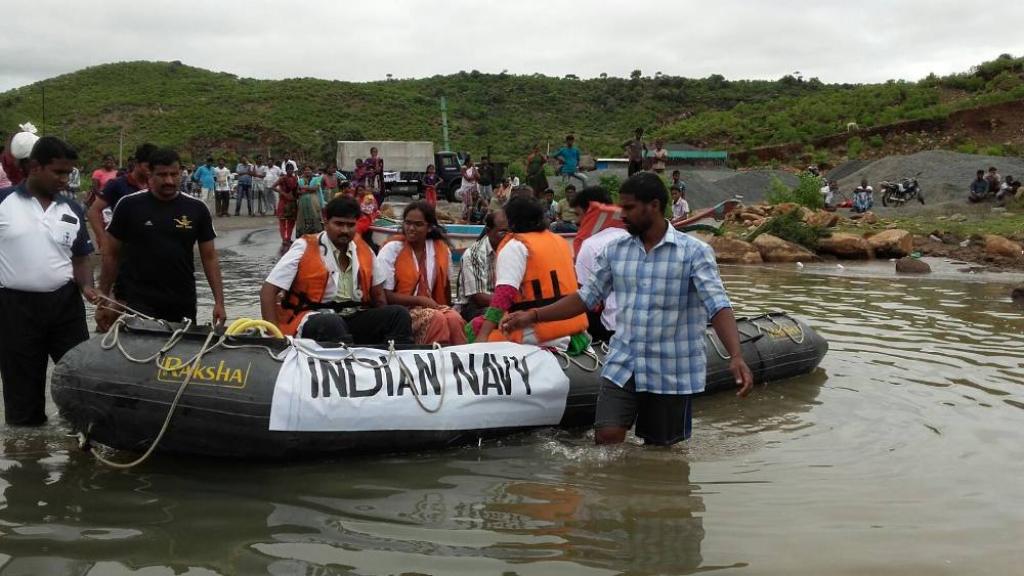 The Plan does not include the role of citizens and their participation or building their capacity for resilient future. Credit: Wikimedia Commons

Reports aout Cyclone Ockhi are pouring in. The severe storm has claimed at least 16 people in South Tamil Nadu and Kerala as of December 1. Another potential cyclone formation is gathering momentum near the Andamans, which may reach Indian East Coast on late Monday. The beginning of December, unwillingly, brings the traumatic memory of 2015 floods, followed by the 2016 cyclone in Tamil Nadu, especially in Chennai. However, after 12 years of national Disaster Management Act (2005) and two consecutive disasters wreaked havoc, Chennai, at last, gets its own disaster management plan. The plan has swiftly been posted in the Greater Chennai Corporation (GCC) website without much noise at the beginning of northeast monsoon here (between last week of October and first week of November). Better late than never.

The plan is the right step by the GCC to dispel much criticism of its inability to manage disasters or make Chennai ‘truly disaster-resilient’. The City Disaster Management Plan-2017 (CDMP), prepared by the GCC, is a logical first step to build the confidence among citizens to establish preparedness of the city administration for disasters. However, the availability of the plan only in English and not in Tamil language has defeated the very purpose of making it. Despite both rich and poor being affected in December deluge two years ago, the GCC seems to cater to the minuscule section of society in Chennai who had been cosmetically vocal against GCC.

Two years down the memory lane, it is apt to say that not all citizens have the ability or capacity to be resilient to disasters-both natural and man-made.

The CDMP will be reviewed annually based on the requirement and past experience. The 103-page document can’t be called concise but it is not comprehensive as well. At the outset, the plan welcomes feedback and suggestions to strengthen GCC’S effort to make Chennai ‘a safe place to live in’. In fact, there are number of areas within the CDMP which need continuous improvement to make the plan comprehensive.

Only publishing the English version of the plan online doesn’t build the capacity of citizens to manage disaster risks. The immediate step of GCC is to translate it into Tamil language and host it in a dedicated page in its website, not under ‘North East Monsoon 2017’ section, as it is presently showing.

More needs to be done

Ensure the CDMP document must be available and easily accessible at every educational institution, both government and private offices and public places in both English and Tamil. Further, the GCC can facilitate frequent awareness and targeted orientation programmes in a manner and language which is understandable to most vulnerable population of the city. If GCC has limited human resources as it has always been explaining during emergency situations, it may take help of dedicated NGOs/experts to build the capacity of residents.

ALSO READ: Why Chennai floods are a man-made disaster

The GCC needs to popularise the concepts related to disasters both natural and man-made through pictures, drawings and murals in public places. Hopefully, GCC-administered schools and colleges will include disaster risk management in their syllabi.

Role of citizens not considered

Arguably, the present CDMP, which is focused on guidelines of disaster management for its own administration units, mostly during the northeast monsoon period, has completely left out in its ‘mission’ and vision, the role of citizens and their participation or building their capacity for resilient future.

While the CDMP claims to incorporate several guidelines of Sendai Framework for Disaster Risk Reduction (2015-2030)—the-UN sponsored global agreement on disaster—the plan is mute on societal resilience as prescribed by the Sendai Framework: a) dissemination of disaster risk information to general public and communities at risk of exposure to disaster; and b) to build the knowledge of government officials at all levels, civil society, communities and volunteers.

In fact, the Hyogo Framework of Action (2005-2015)—predecessor of Sendai Framework—was anchored in building the resilience of nations and communities to disasters, which is not factored into the CDMP.

Most of the global agreements from climate change to sustainable habitat, including Sendai Framework and Hyogo Framework of Action, have concluded that effective integration of disaster risk reduction (DRR) into development policies, planning and programing would immensely minimise the impacts of disasters. The CDMP advocates that DRR concerns are being integrated into the plan, but this integration is not clear in the plan.

Following the ‘improvement works done after 2015 flood’ as posted by the GCC in Tamil language under the same section of North East Monsoon 2017, mostly the work done were constructing storm water drainages, flood protection walls and desilting canals. Were the concerns of disaster risk reduction or climate change considered in these activities? The early November rain this month had already put to test the claims of the CDMP. Many parts of Chennai were waterlogged and roads were submerged for weeks.

Further, the CDMP elaborates on cyclone, flood, tsunami and earthquake as major disasters but silent on heat wave and sea level rise. As the draft Tamil Nadu State Action Plan on Climate Change (2014) talks about sea level rise, the CDMP may find it apt to include its preparedness for sea level rise, as well as heat wave. At present, the state government is preparing a draft Coastal Regulation Act. The CDMP may be strongly considered in drafting this important legislation, which has been pending since 2011. Similarly, the Second Master Plan for Chennai needs to be reviewed in the light of CDMP.

Now that the Plan is ready, hopefully, GCC will proactively and frequently update the operational timeline and disseminate in public domain. As a next step, GCC must prepare a City Climate Change Action Plan which includes climate change-induced disasters, including health hazards like dengue and viral fever.