Cyclone Yaas aftermath: Bengal farmers worry on how to carry on 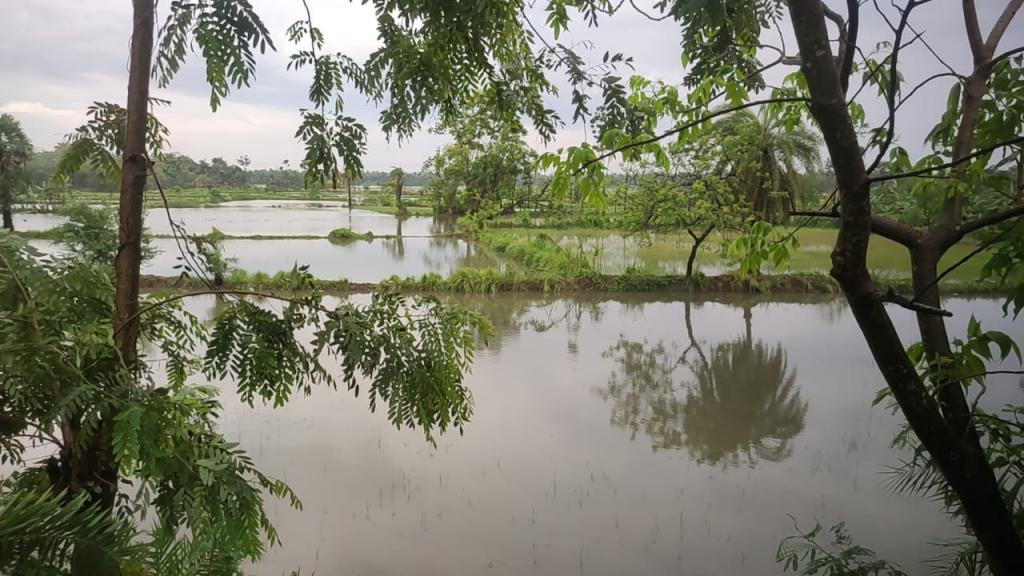 Several farmers in West Bengal lamented their only source of livelihood is now threatened.

Pintu Giri (37), a farmer from Suniya village in Bengal’s Purba Medinipur district, recalled how he saw his field turn into a rivulet in a few minutes. He now visits his field every day and waits for a district official to arrive and take stock of the situation.

“I have never seen any tragedy of this magnitude before. The devastation unfolded in less than 10 minutes. My field of around 12 bighas was completely submerged in water,” he said.

Suniya village is situated on the bank of the Rasulpur, a tributary of Hooghly. As Cyclone Yaas struck Odisha May 26, 2021, several parts of Bengal, including the village, were heavily damaged.

He added that he wanted to sow paddy in June, but cannot do so now. Giri is not alone. Around 70 farmers in the village have been facing similar predicament since Cyclone Yaas struck.

“Most of us are small and marginal farmers who depend on farming and have no other source of livelihood. I had taken a loan of around Rs 2 lakh from the bank for farming but everything is lost,” said Ajit Giri (38), a farmer.

“I would not be able to do farming next year as there are no finances left to sow the soil and spent on other requirements. It would at least two years for the situation to turn normal and resume farming,” he added.

“We have weathered several storms in the past but nothing as ferocious as Cyclone Yaas,” said Surya Mondal (55), a farmer.

He said Cyclone Amphan, which struck in 2020, blew away tin sheds of the houses, but the loss to agriculture was minimum. “Cyclone Yaas was very destructive,” he said.

The state has incurred a total loss of around Rs 20,000 crore, Chief Minister Mamata Banerjee said in a review report submitted to Prime Minister Narendra Modi May 28.

She had told reporters:

“We estimate around 2.21 lakh hectare of crops and 71,560 hectare of horticulture have been damaged in West Bengal by Cyclone Yaas.”

She also expressed concern about the breach in embankments that ruined the agricultural fields and destroyed the aquaculture.

Farmers lamented that it would be difficult to continue taking up farming if such catastrophes continued to wreak havoc to their livelihood.

“Most farmers in Bengal practice farming by taking loans which they repay after the harvest. The natural calamities are becoming more frequent and that has begun to take a toll on our crops and livelihood,” said Atanu Hazra (40) a small farmer at Kamalpur village in Shyampur block of Howrah district.

Agriculture experts said the farmers should focus on salt-resistant crops for survival.

“The breach of embankments caused serious damage to paddy fields. Severe rains can minimise the impact of salt in water by draining it out but continuous entry of water will make the land infertile for farming. The state government is working on it and the process is on to procure salt resistant varieties of paddy that can withstand the adverse conditions.”

He added the farmers should make seeds beds in areas that are still fertile. The embankments should also be strong enough so that they do not give way during such natural calamities, he said.

West Bengal produces 15-16 million tonnes of paddy each year across the three seasons. The kharif paddy output accounts for about 70 per cent of the total production.

Cyclone Yaas has rendered the ground water unfit for drinking and other uses in several areas.

“We have to walk for at least a kilometre to get drinking water as the tap water supplied by the administration is not enough. The ground water has turned salty and the hand-pumps are of no use,” said Tulashi Jana, a homemaker in Suniya village.

When contacted, senior government officials said they will look into the matter.

“Some villages were still under water even a week after the tragedy. We have been trying to first distribute water pouches and dry ration kits to ensure that nobody dies of hunger. We would then look into other issues that people are facing,” assured a senior government official requesting anonymity.