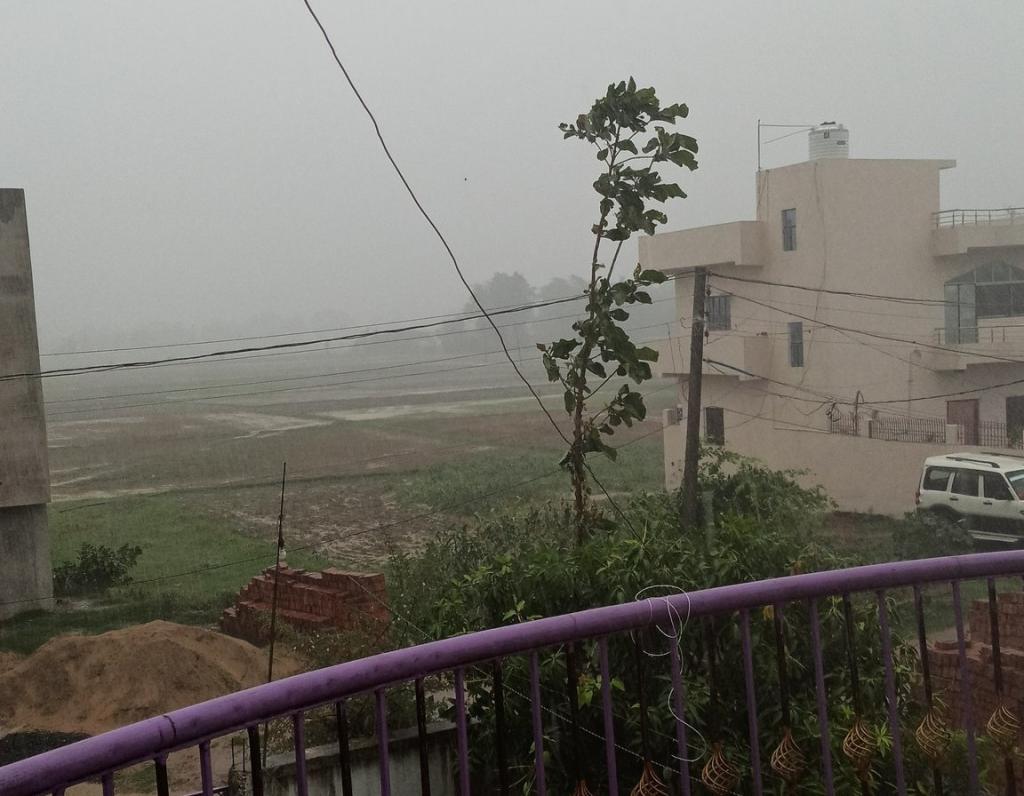 The Patna Meteorological Centre sounded a yellow alert in Bihar in view of Cyclone Yaas, ringing an alarm bell for thousands of maize farmers in flood-prone Seemanchal (northeastern Bihar) and Koshi. Nearly half the standing crop are yet to be harvested in the state, which farmers fear would be damaged in the rains.

Bihar is likely to witness moderate to heavy rains along with high-velocity winds, thunderstorm and lightning due to the impact of Cyclone Yaas. It made landfall in Odisha around 9 am May 26, 2021.

The regions where maize farmers are likely to be hit the most include Seemanchal, which comprises Purnea, Kishanganj, Araria and Katihar districts; and Koshi, which comprises Madhepura, Saharsa, Supaul and Khagaria districts. Both have emerged as maize hubs in the state in the last few years.

Chief Minister Nitish Kumar has directed district magistrates as well as officials from the disaster, health, electricity departments to be on alert. The CM has also reportedly ordered officials to ensure an uninterrupted power supply to all government and private hospitals where patients suffering from the novel coronavirus disease (COVID-19) are being treated.

“We are making alternative arrangements to ensure uninterrupted electricity to hospitals,” an official from the health department said.

Vivek Sinha, director, Patna Meteorological Centre, said Bihar will mostly witness light to moderate rains; at a few places, heavy rains along with high velocity winds, thunderstorms and lightning will start May 26 and continue for next three-four days.

He cautioned people to remain indoors.

An official from the local meteorological centre, Sanjay Kumar, said the wind speed was likely to remain between between 30 and 40 kilometres per hour in Bihar.

At least 26 of 38 state districts will witness heavy rains, according to state disaster department officials.

The East Central Railway zone headquarters at Hajipur near Patna cancelled over a dozen special trains. The Patna airport has been put on alert and operation of flights may be hit.

Farmers in other, arid regions of the state, however, are hoping to start early cultivation of paddy.

“Monsoon rain is still over two weeks away. If heavy rains lash today or tomorrow, it will be good news for us. We will start sowing paddy,” Lakshman Prasad from Ranipur village said.