It took just a week for drought-affected Assam to be deluged: DTE Analysis

Not all embankments can stop floods, as has happened this time in Assam, say experts 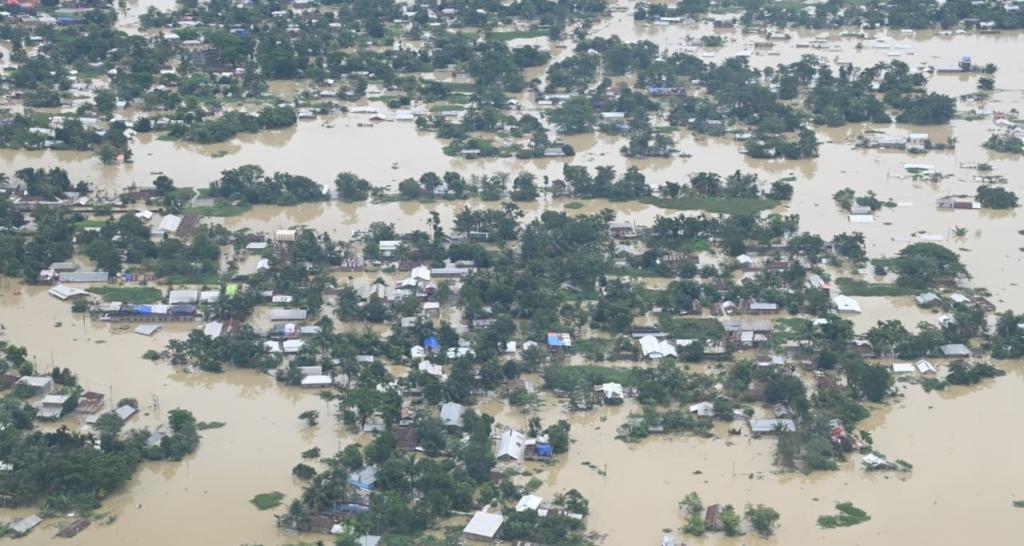 Assam is currently in the throes of devastating floods. But data shows that large parts of the same state were recently stricken with drought. It took just a week for the situation to change from drought to deluge, a classic case of how climate change is exacerbating extreme weather events. 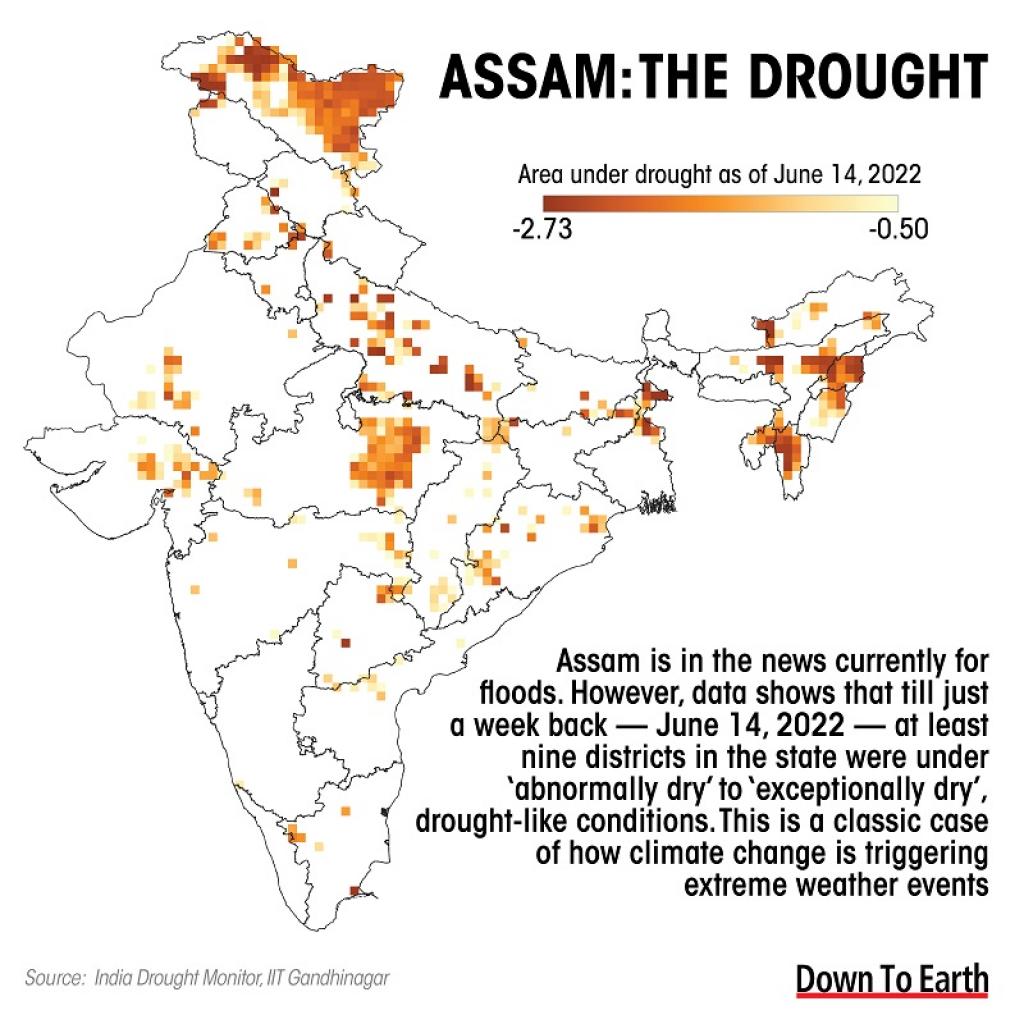 But, within a week’s time, the situation on the ground took a 360-degree turn. By June 21, Assam had recorded 83 per cent above average rainfall which comes under the large excess category, according to the Indian Meteorological Division. It was this incessant spell of rain in June that triggered the flooding of Brahmaputra and other tributaries. 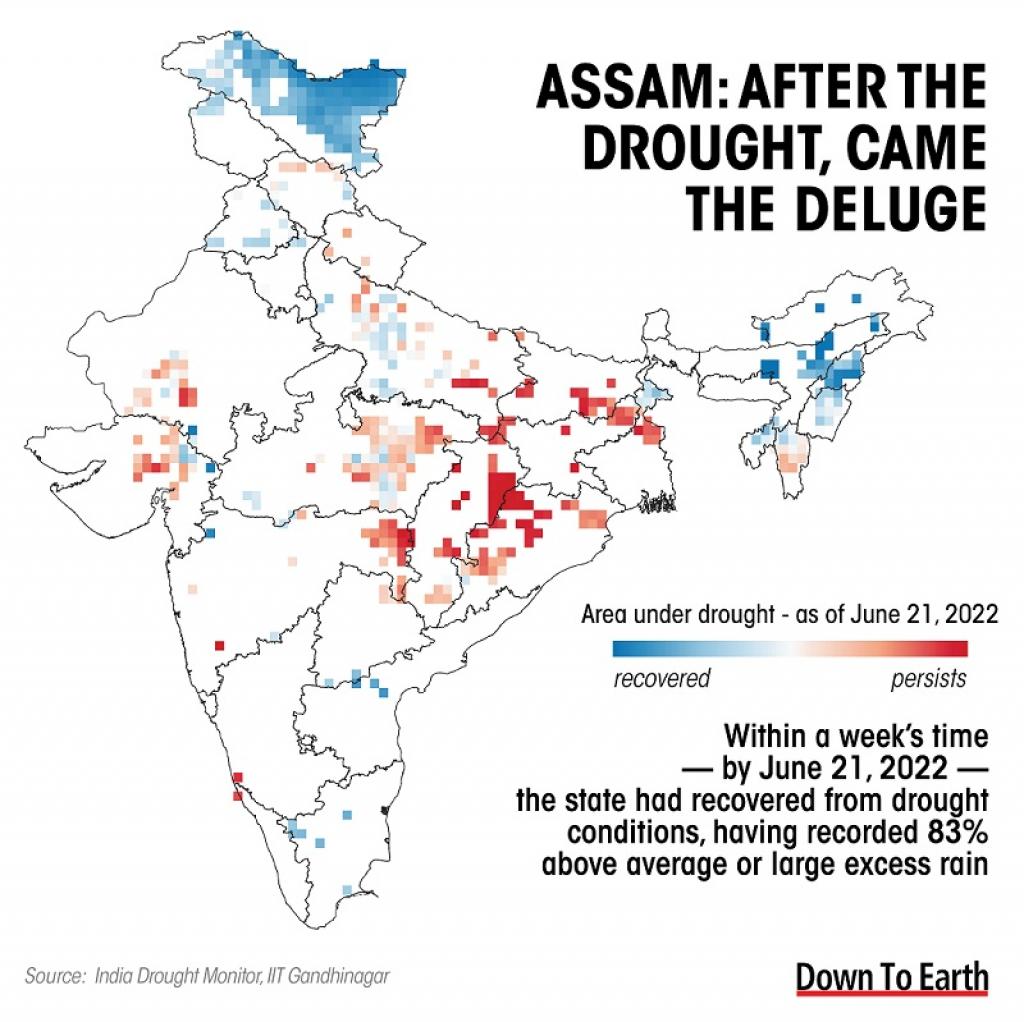 Assam, a low-lying state with the Himalayas flanking its northern stretch, has always been susceptible to floods.

However, the current situation shows that climate change, and more specifically, extreme weather events are at play and simultaneously unfolding within a week’s time.

What caused such incessant rainfall spells which, in turn, caused flooding across Assam? DTE had earlier reported how global warming is causing monsoon winds — heading from the Bay of Bengal — to carry more moisture than ever before.

Roxy Mathew Koll, climate scientist with the Indian Institute of Tropical Meteorology, has said the oft-occurring phenomenon of extreme heavy rainfall is due to climate change.

The Union Ministry of Science and Technology has stated that Assam is the most climate-vulnerable state in India, with 11 of the country’s 16 most climate vulnerable districts being located in it.

But poor flood management is also responsible for the June flooding that the state is experiencing.

“When it comes to flood management, at a global level, technocratic solutions like raising embankments is the sole focus. But embankments can only be stop gap at best,” Nanu Saikia, executive-director of SATRA foundation, a non-profit focused on disaster mitigation in villages of Assam, had told DTE earlier.

But Saikia said during the June flooding, embankments in Darrang — one of the districts which also experienced a drought-situation a week back — were breached by flood waters, resulting in the villages lying outside the embankment’s reach also experiencing floods.

As of June 19, 2022, 297 embankments have been breached across 20 districts in Assam, with 33 in Darrang alone, according to Assam’s State Disaster Management Flood Report.

A Nature study had also pointed out that Assam would be requiring 943 years of flood protection measures to avoid a crisis like the June 2022 floods.