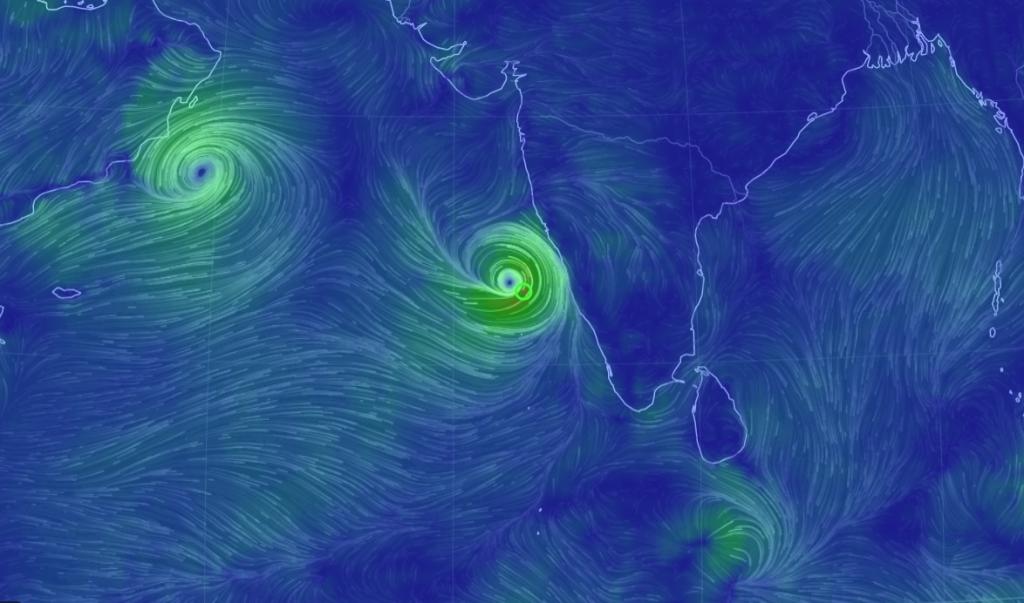 The Kerala State Disaster Management Authority (KSDMA) set up 11 shelter camps in the state as cyclonic storm Maha in the Arabian Sea intensified into a severe cyclonic storm. It urged fishermen not to venture into the sea, putting several districts on yellow alerts.

“Maha is not going to enter Kerala. It will pass by the Kerala coast. However, there would be heavy wind and rain. So, we have advised people to be cautious,” Sekhar Lukose Kuriakose, who heads the Kerala Disaster Management Authority, told Down To Earth.

“As the state will be hit by heavy winds, we have already opened 11 camps to shelter people as a precautionary measure,” Sekhar added.

The India Meteorological Department (IMD) stated that the storm was over Lakshadweep and adjoining southeast Arabian Sea, moving north-north westwards. It intensified into a severe cyclonic storm and lay centered over east-central Arabian Sea and adjoining Lakshadweep area, about 325 kilometre west-northwest of Kozhikode.

“It is ‘very likely’ to continue to move north-north westwards across north Lakshadweep Islands,” according to the update.

With the cyclone intensified, the IMD forecast wind at 100-110 kilometre per hour, gusting 120 kmph over east-central Arabian Sea from October 31 midnight.

“During the next 24 hours, gale wind speed reaching 80-90 kmph gusting to 100 kmph was likely to prevail over northern parts of Lakshadweep area and adjoining southeast Arabian Sea during the subsequent 24 hours and decrease gradually,” IMD updated.

Meanwhile, an update from the CM’s office at around 6 pm states that 11 shelter camps have been opened in five districts.

“There are 1,087 people from 365 families in these camps. Eighteen houses have been damaged completely in the rain and wind. 120 houses have suffered partial damage too,” the update read.

Lakshadweep was likely to receive extremely heavy rainfall and the IMD issued a “red message” for the island.

It technically referred to “take action”, meaning the state government machinery has to be on standby.

Weather expert Rajeevan Erikkulam pointed out that for the first time in the satellite era (since 1965) two cyclones were forming in the Arabian Sea around the same time,  referring to Kyaar that is nearing the Oman coast.

“Global warming is heating up Arabian Sea. So, we are going to see more cyclones and super cyclones in the coming years,” he added.