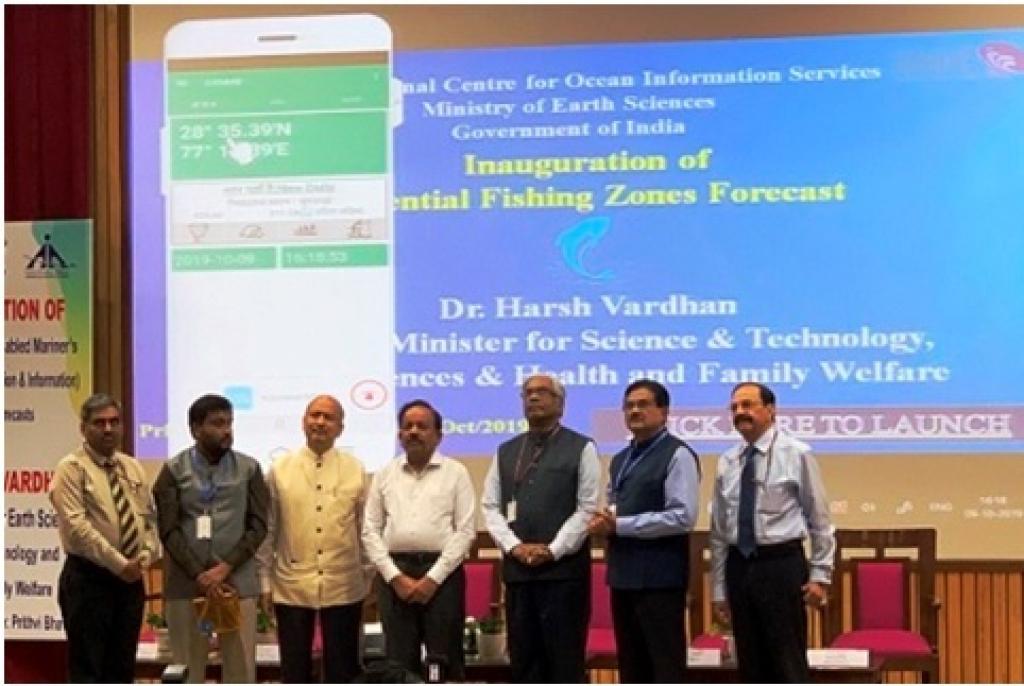 The Indian National Centre for Ocean Information Services (INCOIS), an autonomous body under the Union Ministry of Earth Sciences (MoES), in collaboration with the Airport Authority of India (AAI), launched two marine information dissemination products on October 9, 2019, to enhance the livelihood of fishermen and increase their security from extreme weather conditions.

But due to the limited range of mobile networks and VHFs, the erstwhile information system was not able to communicate disaster warnings to the fishermen if and when they moved away from the coast beyond 10-12 km.

The new system called GEMINI (GAGAN Enabled Mariner’s Instrument for Navigation and Information) has developed on this limitation by utilising GAGAN (GPS Aided Geo Augmented Navigation) satellite systems of the AAI to transmit PFZ and disaster warnings to the fishermen.

The data coverage of GEMINI covers the entire India Ocean full-time, which will help in information transmission to the fishermen far away from coastal areas.

Satheesh C Shenoi, the director of INCOIS, said this particular limitation of the marine information systems was acutely felt during the 2017 Ockhi cyclone wherein it was found that there was no way to communicate the cyclone warning to fishermen who had gone out for deep sea fishing before the onset of the cyclone.

Eighty-nine fishermen were killed and 143 had gone missing in Kerala alone, Down To Earth had reported.

GEMINI is a portable device which receives data from the GAGAN satellites and sends it to the user’s cellphone. The GEMINI app on the cellphone decodes the signals from GEMINI device and alerts the user on imminent threats like cyclones, high waves, strong winds along with PFZ and search and rescue mission.

“Due to its far and wide coverage across the Indian Ocean and its low cost, this product can also be sold to other countries” Balakrishnan Nair, a scientist with INCOIS, said in his presentation.

The fishermen used to get the data on that day’s fishing zones by the evening which made it nowcast instead of forecast. The new numerical model will use the same parameters used by the satellites, namely sea surface temperature data and the water’s chlorophyll content.

The new model will help provide advisories to the fishermen on PFZ, three days in advance. This system will also overcome the limitation of satellite-based data during overcast skies.

Since the end user of this device are the fishermen, the Department of Fisheries has taken up the responsibility of funding the distribution of it through the state governments and National Fisheries Development Board, Shenoi said.

With inputs from India Science Wire