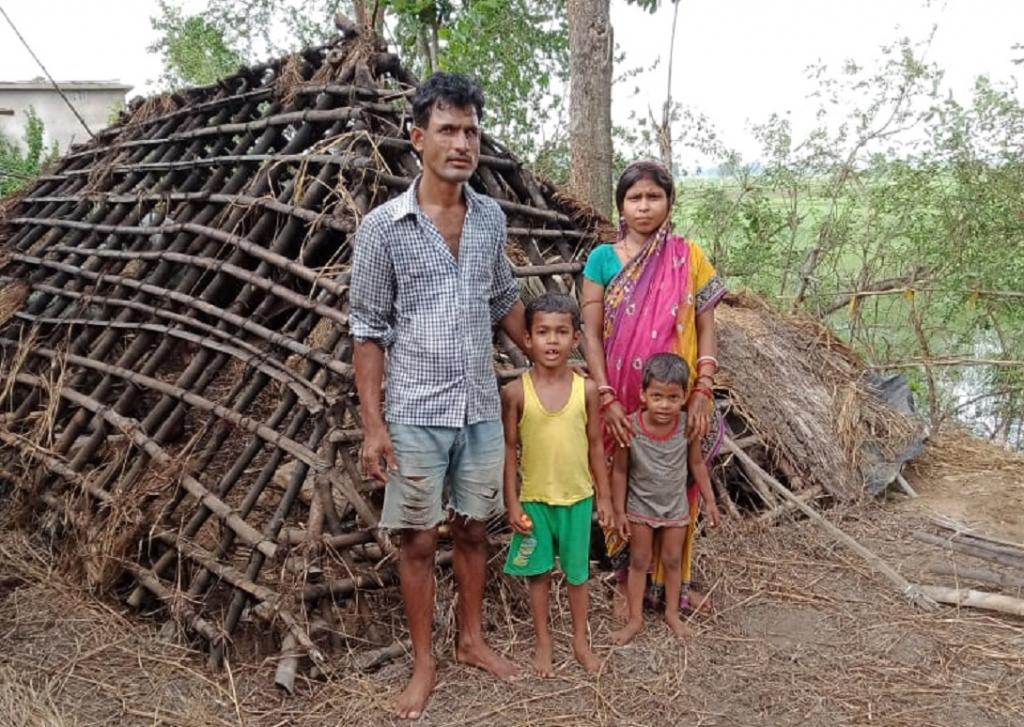 A cyclone-hit family standing in front of their damaged house in Kendrapara district. Photo: Ashis Senapati

Cyclone Yaas has ravaged the Kendrapara, Bhadrak and Balasore districts of Odisha. But only three people died in the cyclone.

Earlier, the UN had praised the Odisha CM’s command and strategy of disaster management during Cyclone Phailin in 2013, Pradeep Kumar Jena the special relief commissioner, Government of Odisha, said.

Odisha has learnt lessons from the 1999 super cyclone in which around 10,000 people perished. The state government managed to reduce human deaths during Yaas by evacuating around 700,000 people from the seaside areas. The authorities also made people aware of the areas which were vulnerable and saved many lives. Today, Odisha is a global leader in disaster management and risk reduction.

Odisha had developed a robust World Class Disaster Management Procedure. The major credit went to the people of the state for following those procedures sincerely due to which the government had been successful in handling tough cyclones, Kamal Lochan Mishra, the executive director of Odisha Disaster Authority (OSDMA), said.

OSDMA was working with different stakeholders for sustainable development practices that would reduce disaster risk and increase the well-being and safety of the people, Mishra said.

“Our vision is to build Odisha Disaster Risk Management and Climate Change Adaptation capabilities with our partners and coordinate response and recovery operations in order to protect the people, environment and economy and ensure a disaster-resilient Odisha. OSDMA built 879 cyclone shelters and created 92,000 volunteers to cover the state’s 480 kilometre-long coastline at the time of the cyclone,” he added.

Saline water had entered 125 villages due to storm surges caused by Cyclone Yaas. To save the coastal pockets from the tidal surges during the cyclone, the water resources department of the state had recently chalked out a plan to construct a 380-km embankment at an estimated investment of Rs 1,944 crore, Jyotirmay Rath, engineer-in-chief, water resources department, said.