What does the marine heatwave in Pacific mean for environment?

It could cause droughts in the surrounding region, affect marine ecosystem and coral reefs 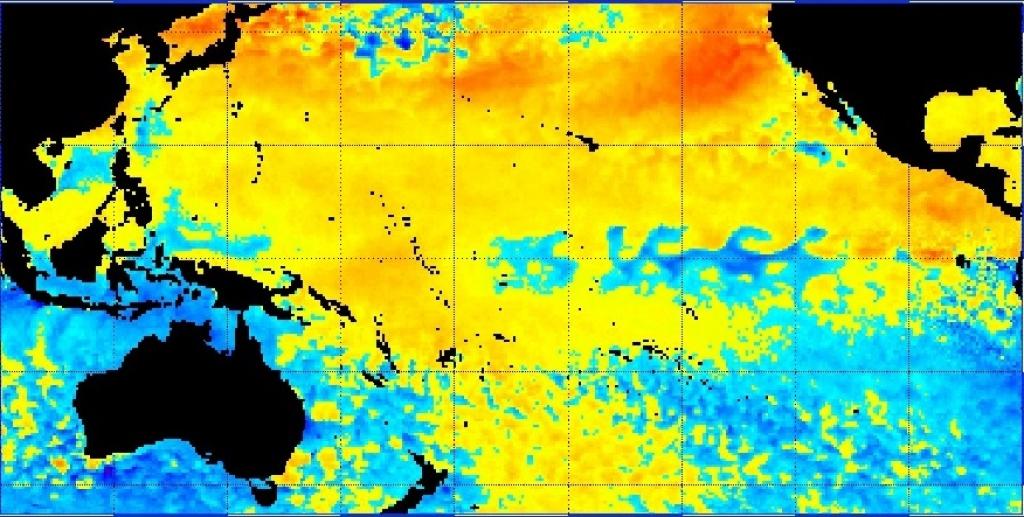 Scientists have observed unusually high sea surface temperatures (SSTs) in the Pacific Ocean around the western coast of the United States, mainly off the coast of Oregon state. The marine heatwave (MHW), covering an area of roughly 6.5 million square kilometres, can affect marine life and lead to droughts in the surrounding regions.

The World Meteorological Organization (WMO) already warned of more than average temperatures in both oceans and land for the next three months. During an MHW, the average temperatures of the ocean surface up to a depth of 300 feet or more increase by 5-7 degrees Celsius above normal.

MHWs can be caused by locally formed heat fluxes between the atmosphere and the ocean or due to large-scale drivers of the Earth’s climate like the El Niño Southern Oscillation (ENSO).

This is exactly what happened during a similar event in the same region in 2014-2016, which was widely considered as the most intense ocean heatwave in recorded history and was dubbed as a ‘heat blob’.

The heat affected tiny crustaceans like copepods, which moved towards northern waters. This, in turn, made the fish species that ate the copepods to move north as well. This depleted the food resources for sea lions and their pups in the area which led to mass stranding and death of the pups along the beaches of the California coast.

Temperature-sensitive species such as corals are especially vulnerable to MHWs. Corals evolved over millions of years to adjust to gradual changes in sea temperatures and are now being subjected to unusually high temperatures over extended periods of time.

Coral reefs all around the world, including the Great Barrier Reef in Australia, died during 2014-2016 when a strong El Niño event, which is the warm phase of the ENSO, added to the warming caused by human-induced climate change.

In fact, 90 per cent of the warming caused by Green House Gas emissions is absorbed by the oceans, which increased ocean heat content to record levels in 2018.

One of the possible reasons for the current MHW in the Pacific is unusually slow wind speeds. It was also a reason behind the intensification of extremely severe Cyclone Fani, which hit the eastern Indian coast in May this year. Such localised decrease in wind speeds in a region has also been linked to climate change.

MHWs are also increasing in frequency due to climate change. MHWs increased by 54 per cent in the last 30 years, found a study published in the journal Nature Climate Change. Despite their potential impact on the health of marine ecosystems, MHWs remain one of the least studied consequences of global warming.