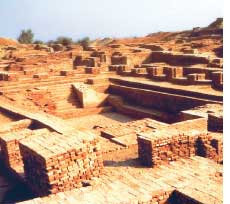 OUR understanding of Indian cities— their history, geography, sociology, politics— is seriously limited. At the time of its Independence, India was primarily a rural country. The government invested heavily in understanding rural India.

Take the case of the adivasis. The government assigned sociologists and anthropologists to understand the Scheduled Tribes; Jawaharlal Nehru would take interest in what their learning had to offer to the government. These academics had great access to and influence in the government.

Consequently, India has perhaps the world’s best constitutional and legal safeguards for the adivasi. That doesn’t ensure the well-being of India’s adivasi communities; as any social activist working in Scheduled Areas will tell you, it is actually far from it. But they can protest and demand their rights because the State cannot wish away adivasi rights, no matter how keen—and successful—it is to take away their land and hand it over to industry. It is for the work of some committed politicians and academics half a century ago that adivasis in India have not been annihilated, like it happened in the US and several other countries.

Again, it was this rural bias that materialized the Green Revolution in several states, bringing about food security for most Indians. The sociologists, however, were hardly called upon to understand urban India. Cities were a minority and hence not a priority in the early days of Independent India. Given steady urbanization, more than a third of India is urban today—certain academics claim it is closer to half. The environmental movement in India, too, has mostly been rural.

Not so today. Managing urbanization is now a priority for the government. From cleaning up rivers turned into sewers to managing flash floods, environmental problems of cities are no more merely topics of academic discussion. Be it the polluted Yamuna river in Delhi or the built-over Mithi river in Mumbai. Urban sprawl has turned land into a mere real estate; land use is completely out of sync with social and environmental needs.

The real estate lobby has a vice like grip on Indian cities. All too often, land use decisions are based on what will make a quick profit for real estate developers. And without fail, the decisions disregard common sense. The casualties are social and environmental. Invariably, the rich parts of the city draw resources like water and power on the cheap and blame the slums for the shortages. One of the most asinine decisions in the history of urban mismanagement was the demolition of the Yamuna Pushta slums in Delhi; one argument was that the slum dwellers are polluting the river. It is well known that untreated sewage of rich localities pollutes the river. Slum dwellers defecate in the open because their localities do not have sewerage.

Since cities draw large sections of the rural poor, each Indian city has vast slums, where mostly poor people live with few amenities. This is hardly studied and understood in the wider urban planning context. Most of these problems reflect a vacuum. Which is why efforts of urban renewal are not effective, even when backed with the kind of commitment the Union government has shown to the Delhi Metro. While the Metro’s popularity is unquestioned, the way it has planned pedestrian access shows a woeful lack of insight—into human behaviour. And Gwalior is set to lose tongas, non-polluting transport that employs the poor.

This pattern repeats all too often. There is a growing impatience in the polity with the absence of this insight. Whether or not this impatience reflects in realpolitik is another matter. Nonpolitics has worked quite well for India’s urban middle class till now. It won’t work forever.