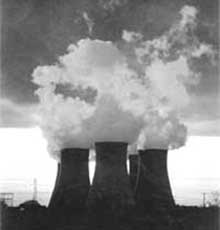 there is a relation between coal plant emissions and toxic levels of mercury in the air, shows new research conducted by researchers at Rensselaer Polytechnic Institute, usa. The study shows that the level of mercury in sediment at the bottom of New York's Central Park Lake is at least 10 times the amount found in some industrial areas and is a consequence of the earlier prevelant use of coal in the city.

"The atmospheric input of mercury to the sediments is the highest I have ever seen. We know mercury is toxic, and we know it accumulates over time," says Richard Bopp, associate professor of earth and environmental sciences at Rensselaer.

Bopp's findings are especially significant in light of this year's power shortages in California and the ensuing controversy over coal-burning power plants. A recent report by the us Environmental Protection Agency (epa) predicted that the emission of hazardous air pollutants by coal-fired utilities would increase 10 per cent to 30 per cent by the year 2010.

Bopp's team studied core samples of lake sediment dating back to the 1860s. After consulting historical records of coal consumption in the city, Bopp concluded that domestic coal-fired stoves and furnaces, industrial fuel use, and coal-burning power plants left much of the toxic residue. The study showed the highest atmospheric inputs of mercury in levels of sediment dating from the early 1900s, when coal use peaked in the New York city area.

Last December, the epa reported the emission of mercury as the greatest health concern posed by coal burning. Coal-fired plants in the us emit an estimated 52 tonnes of mercury into the atmosphere per year. "The potential for increased mercury in the environment depends, to a large extent, on emission controls. The level of emission control that is appropriate for coal-burning power plants is a significant question," says Bopp. An earlier study of the same samples, published by Bopp and colleagues had concluded that most of the lead found in the Central Park Lake sediments came not from the use of leaded gasoline, as many scientists believed, but from the incineration of municipal solid waste.