Large commercial vehicles, including goods carriers and buses, account for 74-80% of PM 2.5 and PM 10 in Howrah and Kolkata 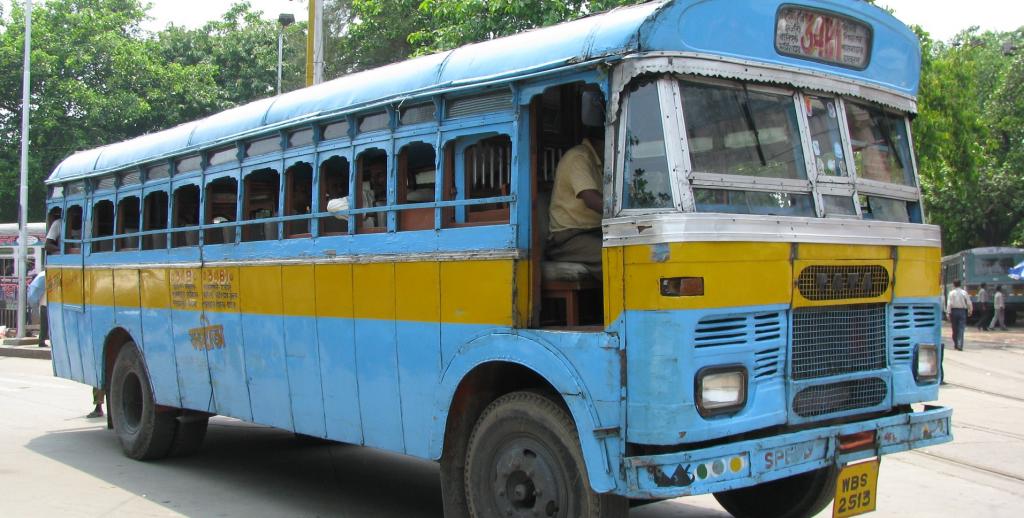 The government has put the novel coronavirus disease (COVID-19) pandemic as an excuse. But environmental experts and activists said the contention did not hold much water as the phasing out of old commercial vehicles was directed by the Calcutta High Court more than a decade ago.

Large commercial vehicles, including goods carriers and buses, accounted for 74-80 per cent of particulate matter (PM) 2.5 and PM 10 in Howrah and Kolkata, found the study conducted by the National Environmental Engineering Research Institute (NEERI). The West Bengal Pollution Control Board — prodded by the National Green Tribunal (NGT) — asked NEERI to conduct the study.

The share of goods carriers like trucks, lorries, mini trucks / vans, etc was about 50 per cent, while buses contributed 24 per cent of the pollution in Kolkata. In Howrah, the respective shares were found to be about 67 per cent and 13 per cent. The trend was similar in case of both PM 2.5 and PM 10 pollutants.

State chief secretary Rajiva Sinha recently shared the highlights of the two-year-long NEERI study in an affidavit submitted to the NGT August 17, 2020. This was in context to an ongoing case of air pollution filed by environment activist Subhas Datta.

PM 10 and PM 2.5 — fine and ultra-fine particulates — were major air pollutants in both Howrah and Kolkata. Both can penetrate the respiratory system, with PM 2.5 being more harmful because of its smaller size: It trigger a range of respiratory diseases, including cancer.

“A committee was constituted by the transport department dated December 4, 2019, regarding the phasing out of old commercial vehicles,” said Sinha in his submission. “From March 2020 onwards, the committee could not meet regularly due to the lockdown,” he added, citing the need for “some more time” for the committee to submit its report.

Biswajit Mukherjee, a retired chief law officer of the state environment department, cited a 2008 Calcutta High Court order and said this was nothing new. “Back in 2008, Calcutta High Court directed phasing out of all 15-year-old commercial vehicles, turning a state environment department directive into a judicial one. A number of commercial vehicles have been phased out under that order,” he said.

“It just seems to be an excuse for inaction, as the phasing out of 15-year-old commercial vehicles was passed long back,” said Subhas Datta, the petitioner in both air pollution cases, in the high court and the NGT.

During winters, however, the vehicle share was found to be far less after secondary aerosol, wood combustion and even coal burning in terms of PM 10 pollution (10 per cent), though the contribution of vehicles in winter PM 2.5 load was second to secondary aerosol with 25 per cent. This trend was similar in Howrah, though the share of vehicles in summer PM 2.5 pollution mix was found to be the greatest at 31 per cent.

“The report underlined the importance of immediately undertaking strong action against polluting and old goods vehicles in Howrah and Kolkata,” said Datta.

Unless compressed natural gas was introduced to Kolkata at the earliest and replaced predominantly diesel-driven goods vehicles, the city could get back its dense envelope of toxic air post-COVID-19, he pointed out. This was often parallel to pollution in Delhi during the early winters, Datta added.

“The result is in expected lines as most of these goods vehicles are often old, run on diesel, generally poorly maintained and are generally overloaded while plying,” said emissions expert SM Ghosh. “All contribute to the higher pollution emission. Most of them also hardly undertake mandatory pollution checks,” he added.

“Our major areas of concern are vehicles, road dust and secondary inorganic aerosol,” said Sinha in his affidavit.