The Consent to Operate under both laws is given once by the SPCB.

The Central Pollution Control Board (CPCB), in its report published July 13, 2020, also pointed out insufficient data available to access the adequacy of the systems in place across railway stations.

Thirty-six railway stations across the country were assessed by the CPCB. These stations are ISO 14001 certified — an international standard that specifies requirements for an effective environmental management system.

The CPCB collaborated with SPCBs in compliance with an order from the National Green Tribunal (NGT).

How did it start?

A case was filed at the NGT in 2014 against compliance of plastic and other waste management rules at railway compartments, stations, tracks by the Indian Railways.

These included the removal of encroachments from railway properties, preventing of unlawful discharge of effluents and management of water, including its re-use.

The court observed that the Comptroller and Auditor General of India’s (CAG) 2018 Environmental Management in Indian Railways report showed unsatisfactory performance of the railway stations.

A similar outcome was noted from a CPCB study conducted for 14 major stations. The NGT directed the railways administration to prepare and notify action plans by March 2019 and CAG to perform a performance audit by June 2019.

At least five per cent, or 36 of a total 720 major stations, were to achieve ISO 14001 standards of environmental management, the NGT said.

The CPCB was directed to audit the implementation and report to the NGT.

The CPCB assessed 36 railway stations as selected by railway authorities for the first phase of implementation on 27 different parameters. 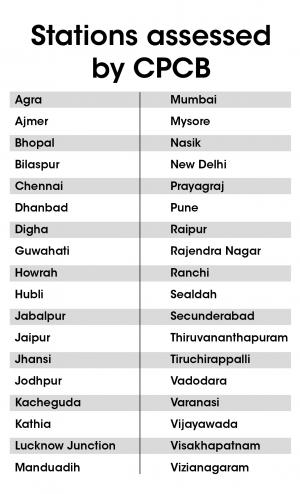 The first parameter that surprises the most is the availability of consent under the Air and Water acts. In CPCB’s August 2019 assessment, not a single station obtained the consent from their respective SPCB.

It is clear from the Water (Prevention and Control of Pollution) Act, 1974 that obtaining consent is a prerequisite to be met.

The stations have been operating without following any statutory norms for several years. Nothing much changed after the assessment either. A March CPCB assessment showed only 11 stations applied for consent, with Vadodara being the only one to obtain the consent.

The situation is worse when applying for an authorisation certificate under the Hazardous Waste Management rules is considered: Only three stations applied since the 2019 assessment.

The report portrays that Only 15 of the 36 stations have the provision of STP at their premises, according to the report.

More than half these STPs, however, are of inadequate capacity, compared to the waste water generated.

The capacity of STPs at Dhanbad and Vizianagaram — where they are currently under construction — was also found to be inadequate.

Status of STP at stations 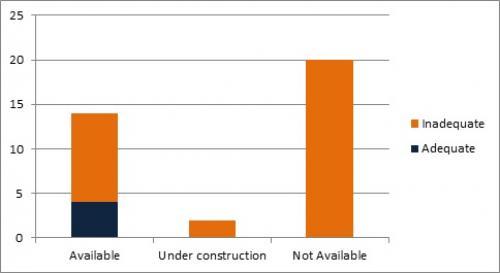 Status of ETP at stations 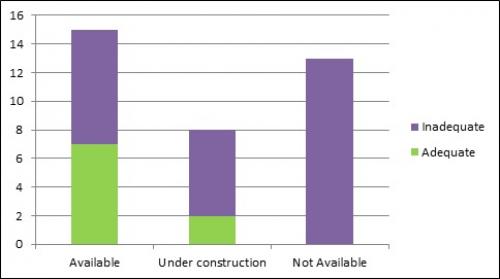 Although these stations have a large daily footfall, with a large amount of water usage and water generation, negligence towards the unavailability of basic requirements is a matter of concern.

The assessment report depicts all stations to have signed a contract for solid waste management at their premises. The catch here is whether the contract addresses all the parameters under waste management practices. The answer to this is shown in the table below. It indicates the lack of one or more conditions in the contract. 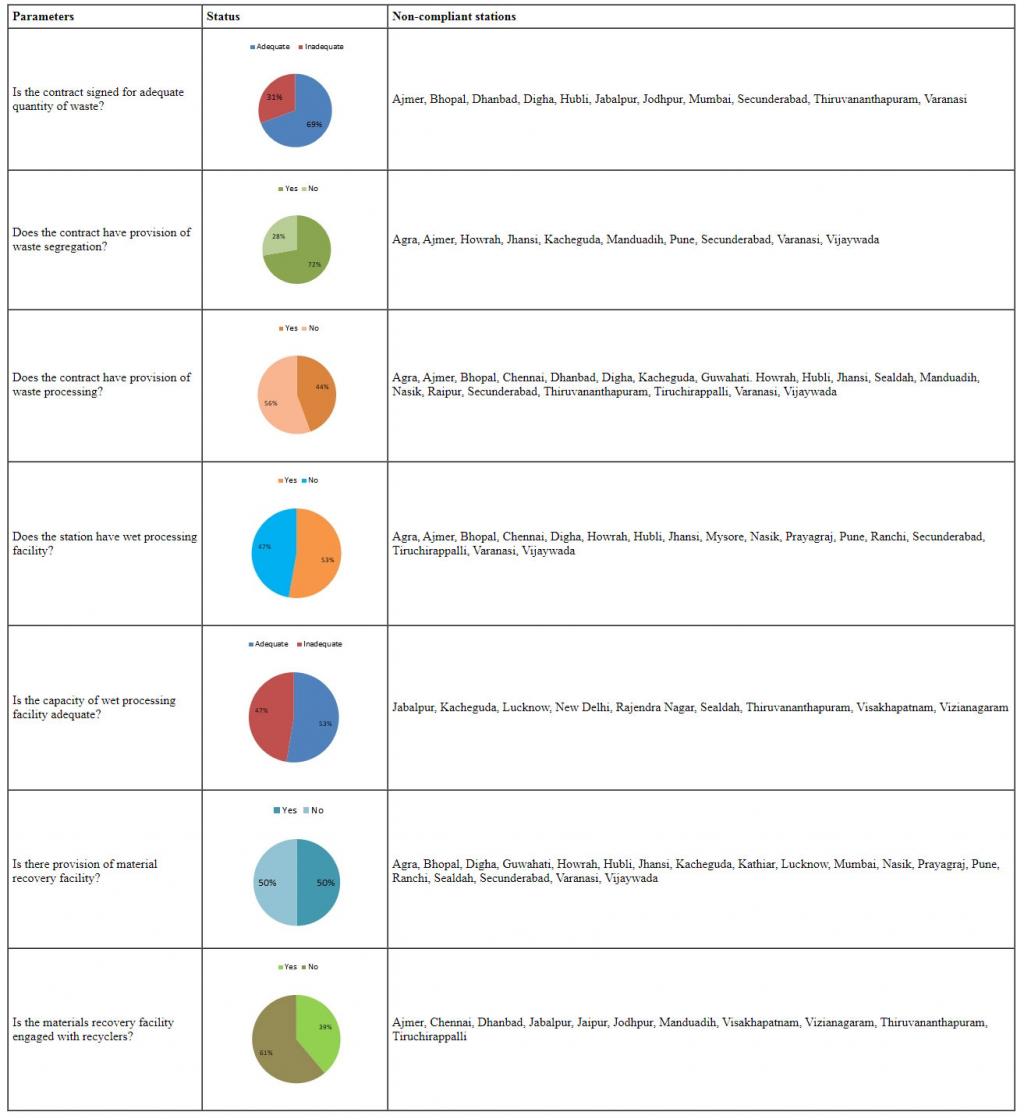 The table indicates the following shortcomings in the solid waste management system at these stations:

The assessment revealed few stations were compliant to some of the conditions, while others complied on different parameters.

When the performance of the stations in three different parameters was compared, results showed Agra and Vijayawada to be the poorest performers. No station met all three parameters in order to be categorised best performer.

Vadodara may be termed among the best performing stations if water management practices are properly complied with.

The CPCB in its report mentioned the information and data needed for carrying out such a study was inadequate, preventing it to perform a complete adequacy study of the system.

The CPCB, however, helped bring this information — which otherwise could not be traced — in the public domain.

Railway stations need to gear up in this direction and are required to create a separate department that looks into the aspect of environmental management at railway premises.

The performance of 36 stations is not acceptable at the current stage and requires considerable improvement.

This study was conducted for only five per cent of 720 stations, with similar studies required for the remaining stations as well.

The performance improvement for these stations is the need of the hour so this can be replicated in other stations as well.