Pollutants affect certain insects more than others; they can kill them or mess with their  ability to sniff flowers, lowering pollination services 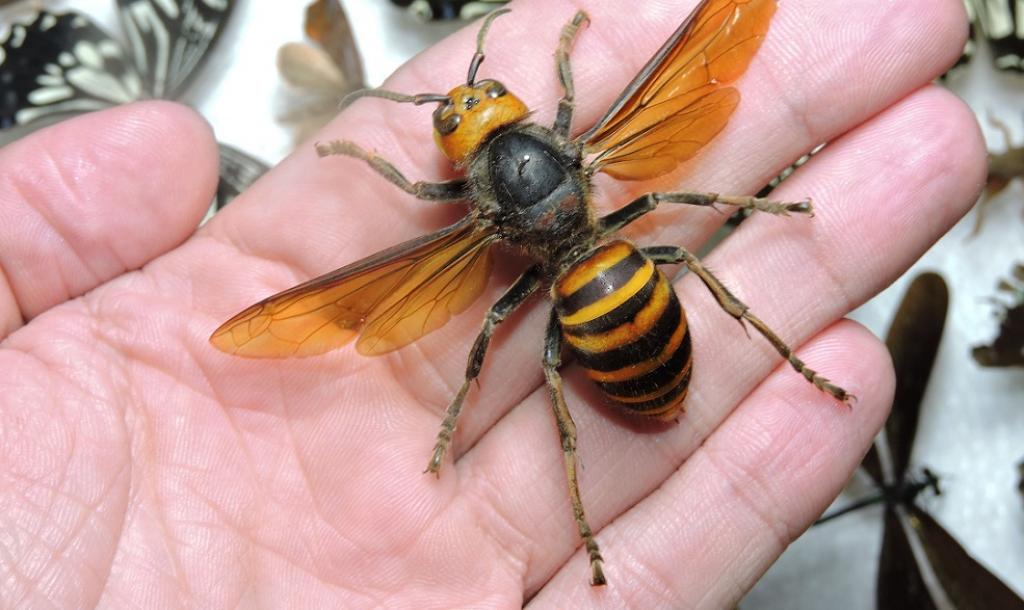 Honey bees are especially affected by air pollutants which often kill them or impair their sense of smell. Photo: iStock

We have heard it in the news in recent years: There is an ‘insect apocalypse’ underway across the world. The threats to insects include habitat loss, climate change, land-use change and insecticides. But there appears to be another insidious contributor: polluted air.

“Air pollution is likely an important, but currently overlooked, factor contributing to insect pollinator declines,” Robbie Girling and James Ryalls from the University of Reading in the United Kingdom told Down To Earth.

Insects have an essential role to play in our ecosystem. They pollinate many of our fruits, flowers and vegetables, contributing significantly to the productivity of at least 75 per cent of global crop species. Their services are vital for India’s food security.

“If we were to lose all pollinating insects tomorrow, we would no longer be able to produce cocoa beans, brazil nuts and some fruits (like melon and pumpkin),” Girling and Ryalls said.

The duo, in a recently published study, recorded up to 70 per cent fewer pollinators and 90 per cent fewer flower visits after insects were exposed to nitrogen oxides (NOx) present in diesel exhaust fumes and ozone.

“Our results suggest that there is the potential for air pollution to be having a much greater impact on biodiversity and food production than we previously thought,” Girling and Ryalls said.

What’s alarming was that the scientists kept the pollutants’ levels below the limits currently defined by US law as safe for the environment.

“This study indicates that we really need to relook at our regulations across the world,” Shannon Olsson, an American ecologist based at Bengaluru’s National Centre for Biological Sciences (NCBS), told DTE.

She added: “Interestingly, our study in Bengaluru also found a drastic reduction in honeybee health at levels which were target levels by the World Health Organization for cities.”

Olsson and her team, in their 2020 study, investigated how respirable suspended particulate matter (RSPM) impacted the health of Giant Asian honey bees. RSPM is a complex mixture of particles measuring less than 10 or 2.5 micrometres in diameter. They are commonly called Particulate Matter.

Giant Asian honey bees produce more than 80 per cent of the honey in India and pollinate more than 687 plant species.

Olsson explained that over 80 per cent of bees died within 24 hours after being collected from moderately polluted sites. She believes research in this area is relevant for India as nine of its cities rank in the top 10 most polluted cities globally.

“India is a highly polluted country. It also has a very fragmented landscape. Most polluted Tier-2 cities are much more embedded in agricultural lands,” she said.

How could pollution hurt insects?

The health impacts of pollutants on bees were quite severe, but Olsson said they were not necessarily the same as humans. Her study found that honey bees’ heart rates, stress, blood cells counts were affected.

Air pollutants can do a lot more. They can mess with the insects’ ability to sniff flowers, lowering pollination services.

Flowers release odour as chemicals called volatile organic compounds, which help insects locate flowers. Pollutants could react with and change the scents of flowers, making them harder to find.

One study found that honey bees exposed to low medium and high air pollutant concentrations had an impaired ability to recollect odour.

Pollutants might also mess with social bonds. “Insects use odours for a huge variety of interactions with each other and their environment,” Girling and Ryalls said.

For example, insects use airborne odours to attract a mate. “If pheromone communication is disrupted similarly, it could result in insects struggling to find mates, which could have ramifications for insect biodiversity,” they said.

But not all insects in Girling and Ryall’s study were equally impacted. Beetles and parasitic wasps appeared resilient to pollutants. The researchers suspect that this could be because the above insects relied on visual cues rather than odour to reach flowers.

One study suggested that bumblebees were more successful in urban regions despite the high pollution levels.

“Alternatively, air pollution may be causing stress-related increases in plant chemicals that may be nutritionally beneficial for beetles,” the researchers said. “Currently, the reasons are uncertain, but it is likely to be a combination of these factors,” they added.

Future experiments will need to explain why some species or groups of insects are more affected than others, Girling and Ryall explained.

There are more unresolved questions, according to Olsson. Future studies should quantify the levels of pollutants safe for insects. This, she said, has not been done for insect health.