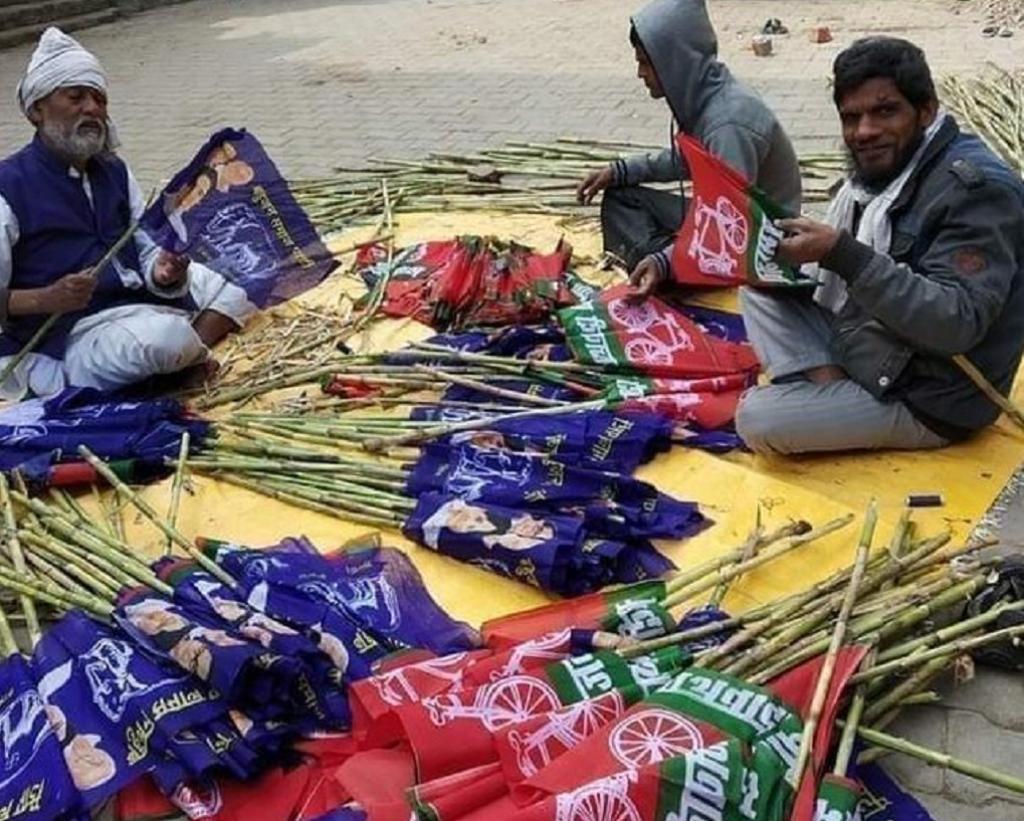 Almost every urban voter in Uttar Pradesh feels air pollution is an important agenda and must be addressed by the political parties, a survey carried out ahead of the ongoing assembly elections found. Major political parties in the fray, however, have not considered the issue important enough to be listed in their election manifestoes.

Around 96 per cent of more than 1,200 urban voters surveyed by Delhi-based climate communications outfit Climate Trends and market research agency YouGov felt that air pollution must be addressed by the political parties in the upcoming elections.

Uttar Pradesh has the maximum number of highly polluted cities in the country.

The trend was similar for climate change as “86 per cent of the respondents felt there is an urgent need to tackle climate change”, according to the survey report.

The perception survey was conducted in the cities of Agra, Kanpur, Lucknow, Meerut, Varanasi and Gorakhpur. Three-fourths of the voters wanted air pollution to be a primary agenda in the manifesto, the survey found.

Nearly 82 per cent said they were aware that Uttar Pradesh has 10 of the 15 most polluted cities in the country. The awareness was higher (88 per cent) in the age group of 25-44 years.

Nearly 73 per cent of the respondents said vehicular exhaust was the main cause of air pollution, while construction and road dust, industries within city limits and thermal power plants were also identified as major contributors.

A subject becomes a political agenda only when people start talking about it. While issues like high blood pressure, diabetes and smoking are widely discussed as public health concerns, very few know that poor air quality also results in a similar number of deaths.

“In UP, there is a realisation that we need to work in this direction,” observed SN Tripathi, a professor with IIT Kanpur and steering committee member of the National Clean Air Programme (NCAP) of the Union Ministry of Environment, Forest and Climate Change.

However, the realisation is yet to be transformed into real action as the state has barely used 16 per cent of its allotted budget under NCAP, sources said. Varanasi is the only city where toxic PM 2.5 pollution has significantly reduced.

Environment ignored in most manifestoes

None of the major political parties contesting the assembly election this year has given importance to environment and climate change issues in its manifesto.

The Indian National Congress did better than the Bharatiya Janata Party (BJP) and the Samajwadi Party (SP) in incorporating climate issues.

Read more: UP Assembly Elections 2022: Why stray cattle is a poll-issue this time

The Rashtriya Lok Dal (RLD) also included six points under ‘Environment and Sustainability’, with focus on stopping dumping industrial wastes and putting up sewage treatment plants to clean up rivers, zero tolerance for industrial polluters, increasing forest cover and putting into practice an electrical vehicles policy with an aim to turn 10 per cent vehicles to electrically operated mode.

However, the BJP and the SP, the stronger contenders, did not take up these issues in their poll promises.

The BJP’s 14-page Lok Kalyan Sankalpa Patra, with smiling faces of Narendra Modi and Yogi Adityanath on the cover, had 10 segments. But none remotely related to environment.

“We are already working on various facets of pollution, and trying to bring them down,” Rakesh Singh, a BJP leader from UP, told Down To Earth February 14, 2022. The party will continue their work to eradicate these problems, he added. “We have not felt it important to include them in the manifesto.”

Similarly, the 22-point manifesto of the SP does not have any reference to environment, despite the environment-friendly cycle as its symbol