We need to worry about methane from landfills; look at Mumbai numbers 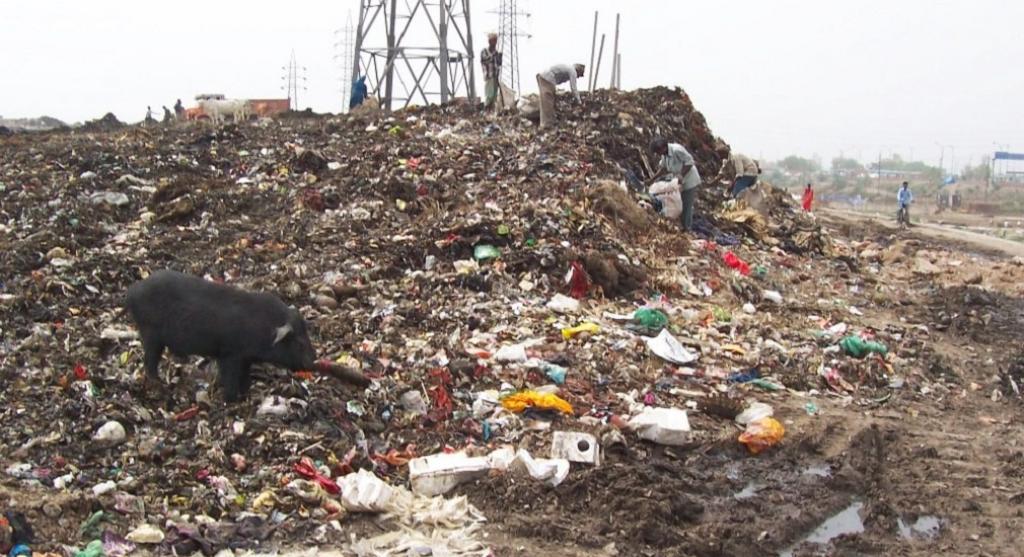 Bhalswa landfill in Delhi has reported several fire incidents over the years due to methane emissions. Photo: Wikimedia Commons

Hazards arising from landfills have been a cause of concern for some time; now there is more reason to worry about how India disposes its municipal solid waste. More than a quarter of methane emissions in business headquarters Mumbai originates in landfills, a study has found. For capital Delhi, the figure is 6 per cent.

Methane, a greenhouse gas, is a major contributor to global warming. Reducing methane emissions is a priority for curbing climate change. Identifying emission sources with high potential for mitigation is a crucial first step as global methane concentrations increase at a record pace.

Global methane emissions in 2021 were 15 per cent higher than in 1984-2006, according to National Oceanic and Atmospheric Administration.

Emissions from the oil and gas sector have received considerable attention, the study said. However, the waste sector — which contributes roughly 18 per cent of global anthropogenic emissions — can also be targeted for mitigation, the researchers noted.

“There’s growing attention for all sources of methane, including landfills,” Joannes D Maasakkers from the SRON Netherlands Institute for Space Research told Down To Earth.

Global municipal solid waste methane emissions could nearly double to 60 teragrams per annum by 2050, a previous study suggested. A teragram is equivalent to 1,000,000 tonnes.

Next, the analysts used GHGSat satellites to identify individual sources and quantify their emissions. GHGSat is an environmental agency that monitors emissions worldwide using satellites and aircraft sensors.

“We used high-resolution methane observations from GHGSat. These observations allow us to see and quantify emission plumes from individual facilities like landfills,” the expert explained.

They collected data from Mumbai, Delhi, Lahore in Pakistan and Buenos Aires in Argentina. TROPOMI data showed that these regions are the “hotspots of methane emissions”.

Their analysis showed that city-level emissions in all four cities are 1.4-2.6 times larger than reported in commonly used emission inventories.

Read more: CoP26: 104 countries promise to cut methane emissions; What is the global pledge about?

An emissions inventory is a database that lists the number of air pollutants by source released into the atmosphere during a year or a particular period, according to the United States Environmental Protection Agency.

Landfills in Buenos Aires and Mumbai released more than a quarter of total urban emissions, it added.

The study also found that the commonly used emission inventories underestimated 2020 urban emissions from Mumbai, Delhi and Lahore by a factor of 1.4 to 2.2. For Buenos Aires, it is by a factor of 2.6.

There are ways to mitigate the problem. “Solutions include reducing organic waste, diverting organic waste from landfills so it can be used to produce biogas or composted, and installing things like covers and gas collection systems at landfills,” Maasakkers explained.