Deep in debt, African countries have been pushing richer, more polluting nations to increase climate finance to the continent 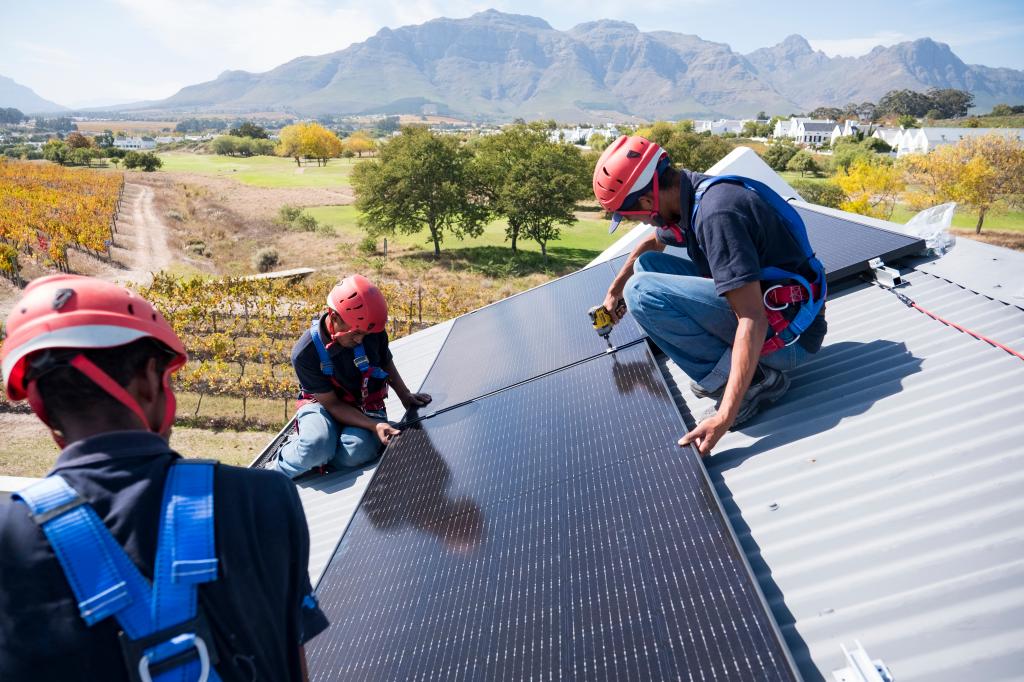 In 2021, Africa’s clean energy investment fell to its lowest level in a decade, found a new report.

Only $2.6 billion capital was invested on the continent’s new wind, solar, geothermal energy and other such projects in 2021, the report by BloombergNEF and Bloomberg Philanthropies, as part of the broader Bloomberg NetZero Pathfinders initiative.

BloombergNEF is a research organization that helps energy professionals generate opportunities. NetZero Pathfinders is a public resource for policy makers.

Africa is the least responsible for climate change — it generates less than 3 per cent of all greenhouse gas emissions — but most vulnerable to its impacts.

As of May this year, 22 countries in Africa were either in debt distress or at high risk of debt distress. The COVID-19 pandemic and Russia's invasion of Ukraine exacerbated the economic crisis in the continent.

Ahead of the 27th Conference of Parties (COP27) to the United Nations Framework Convention on Climate Change, the continent’s leaders met heads of global organisations in Rotterdam, urging wealthier, more polluting countries to increase funding for projects to help African countries adapt to climate change.

Africa accounted for just 0.6 per cent of the $434 billion invested in renewable energy projects worldwide, the report released November 9, 2022 at the 27th Conference of Parties (COP27) to the United Nations Framework Convention on Climate Change being held at Sharm El-Sheikh in Egypt.

Africa has huge potential for solar power but new investments in solar was just $1.3 billion in 2021, the lowest level since 2011, it noted. Wind investment sank to $734 million in 2021, a four-year low, according to the findings.

The researchers surveyed 42 countries in the African region and found that renewable energy investment trailed far behind the rest of the world.

This cannot be blamed on any lingering effects of the COVID-19 pandemic but on inadequate policies and enforcement, they wrote in Scaling-up renewable energy in Africa.

The report also found that clean energy investment in Africa is highly concentrated in a handful of markets. South Africa, Egypt, Morocco and Kenya accounted for nearly three-quarters of all renewable energy asset investment since 2010, with a total of $46 billion. All others have secured just $16 billion in that period.

African countries are also far behind the rest of the world in achieving the United Nations-mandated Sustainable Development Goal 7 of having clean, affordable energy for all its citizens.

As many as 564 million in sub-Saharan Africa don’t have access to electricity — 77 per cent of the global figure, according to the World Bank. Another 90 million have access but cannot afford to pay for electricity, the report cited.

The rate of new electricity generating projects added to Africa’s grids has slowed since 2018. Year-on-year installed capacity growth averaged 6.6 per cent annually from 2011 to 2018, but only 3.8 per cent over 2019-2021, the findings established.

Gas, coal and oil accounted for 75 per cent of electricity produced in Africa in 2021.

African nations have been forward-looking in setting clean energy targets but far too few have implemented policies to make those goals a reality. Just half of the African countries have policies in place to hold reverse auctions for clean power delivery contracts, the analysis revealed.

Three barriers, the report highlighted, that limit clean energy deployment are common to many African nations: