15% of the total population in India defecates in the open in India, according to WASH report 2021 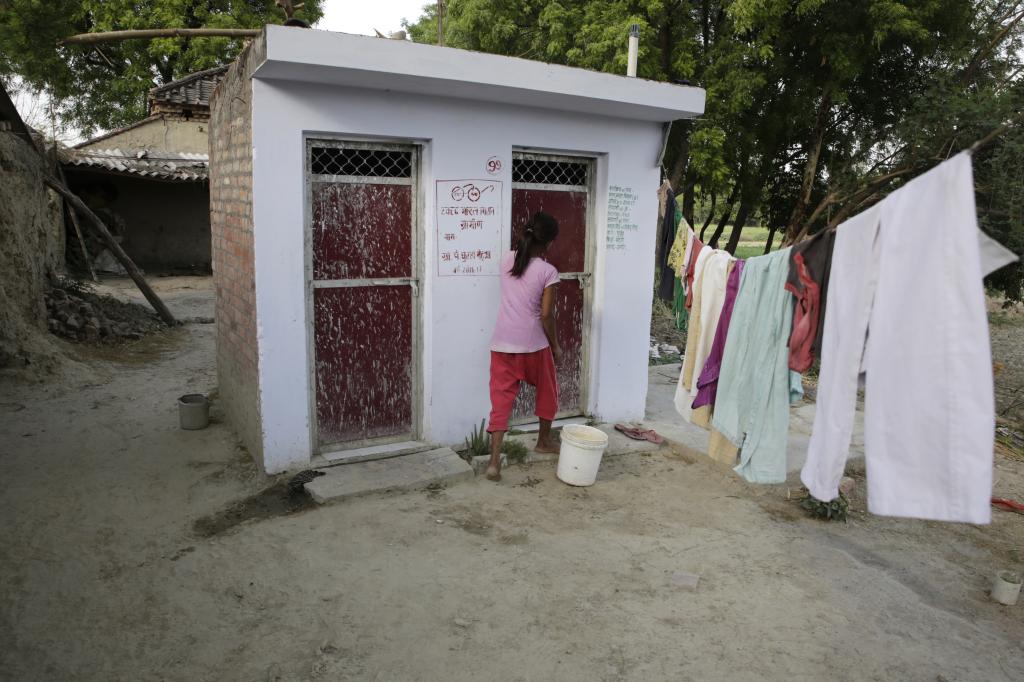 But a recent joint monitoring programme (JMP) on water, sanitation and hygiene by the World Health Organization and UNICEF released July 1, 2021 stated that at least 15 per cent of the total population in India defecates in the open. One per cent of the urban and 22 per cent of rural population practises open defecation in the country.

According to a report by NITI Aayog titled SDG-India: Index and Dashboard 2019-2020:

“Nearly six million villages, 633 districts (90.7 per cent of all districts) and 35 states / Union territories were verified as ODF in December 2019… 17 states and 5 UTs already have declared and verified all their districts to be ODF under Swachh Bharat Mission (Grameen).”

But the JMP report has claimed that  “India was responsible for the biggest drop in open defecation since 2015 in terms of absolute numbers.”

JMP did not carry out any survey in 2020; the data from National Sample Survey Office (NSSO) and NHFS was interpolated through regression curves, according to a senior official, UNICEF.

The data for the same is comparable only with National Annual Rural Sanitation Survey, round three, 2019-20. According to this, 85 per cent of the rural population used safe and functional toilets. 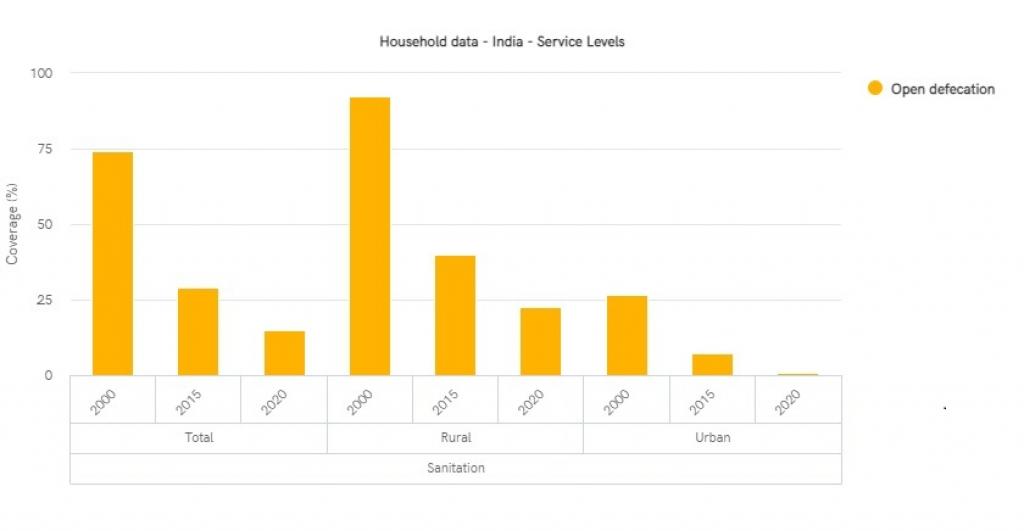 “The JMP report did not involve any field survey or data validation globally. It was based on the data of the national government surveys such as the NSSO, NHFS and census. The data represented in the dashboard is a regression line and it showed sanitation coverage. The Government of India conducted a baseline survey which showed that 110 million people out of 180 million did not have access to toilets,” said the official from UNICEF.

The official added that the Swachh Bharat Mission (SBM) focussed on providing access to household toilets: “The country has not been declared ODF by the government; the data shows 94 per cent coverage of the population having access to toilets from 2014 to 2019.”

The official said the SBM was not only about having toilets but using them, which involved a change in behaviour, especially among the rural population. 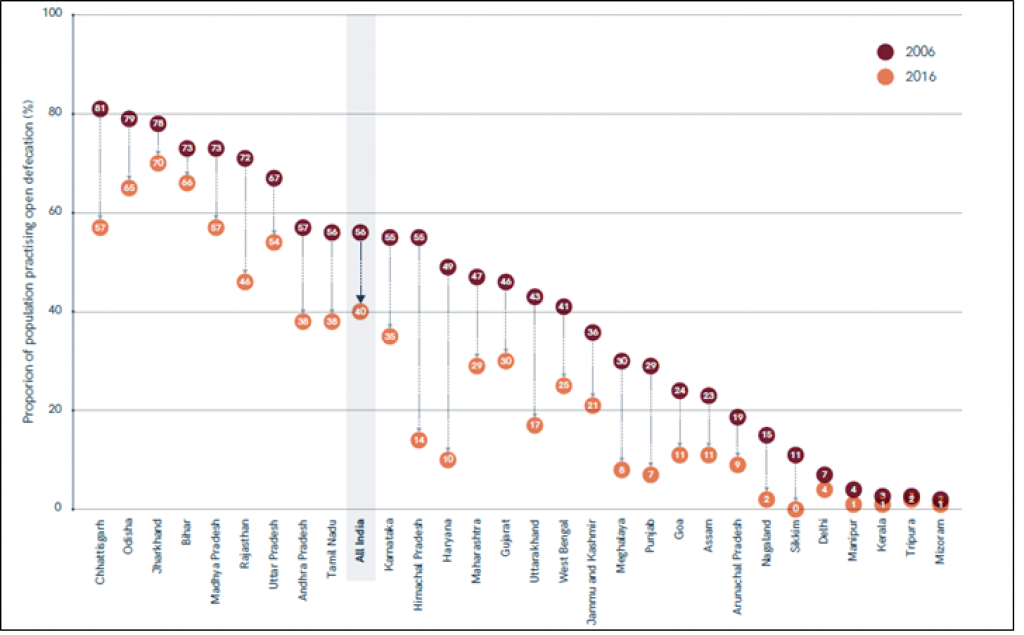 Rick Johnston, technical officer, JMP, Department for Environment, Climate change and Health, WHO, Switzerland, said: “We use linear regression from all available data points to produce estimates from 2000 through 2020. We had access to 41 data sources from India. These were mostly household surveys, administrative data and the censuses of 1991, 2001, and 2011.”

Other points of data on open defecation in India include: