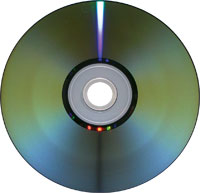 There is more to liquid crystals than using them in the liquid crystal display (LCD) screens of computers and TV sets. They can store data. But aligning liquid crystal molecules has been a challenge, making it difficult to erase and rewrite data. Scientists said liquid crystal molecules of a polymer can be aligned using a laser beam or an electric field. Unlike CDs and DVDs that store data on the surface, data can be encoaded throughout a liquid crystal, enabling it to store hundreds of gigabytes in a tiny space. Industry wants to exploit it to develop an efficient memory device.
Journal of Applied Physics, June 18

Farmers often breed salmon in warm water to increase its growth rate. Scientists warn breeding the fish at a temperature of 16oC, against the normal 10oC, disrupts its bone and cartilage formation. Temperature- induced growth severely affects gene transcription in bone cells, leading to a change in the tissue structure and composition, they said The finding will help understand the effect of high temperature on fish health better.
BMC Physiology, July 6 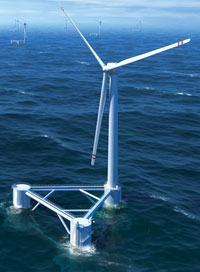 Wind can be best harnessed in deep sea where the gusts are stronger. But anchoring a massive turbine firmly to the seafloor is expensive. So wind farms are restricted to shallow seas. There are two deepwater wind turbines near Italy and Norway as pilot projects. Naval architects designed a three-legged floating platform that can support 5 MW wind turbines, the largest of its kind. These are 70 m tall and have football field-sized rotors. Dubbed Windfloat, its design is based on offshore gas and oil platforms. Wind can meet 15 per cent of zworld energy needs.
Journal of Renewable and Sustainable Energy, June 15 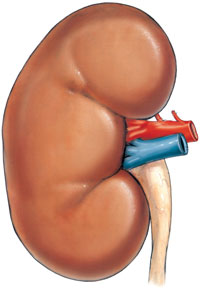 A person’s heartbeat may offer insight into the future kidney health, a recent finding said. In a healthy adult, the heartbeat rate while resting is low and the interval between two beats is highly variable. This indicates a healthy autonomous nervous system, which regulates unconscious body functions like heartbeat and body temperature. Scientists analysed the health data of 15,000 people with artery diseases and said those with high resting heartbeat and a low beat-to-beat variability have a twofold risk of kidney failure. A weak autonomous nervous system may affect the health of blood vessels in and around the kidneys.
Journal of the American Society of Nephrology, July 8 (online)

LIFE SCIENCES
Lungs can be grown to order, in 20 years

Lab-engineered lungs for transplantation could soon be available. Scientists have achieved a breakthrough in regenerating damaged lungs. They stripped the lungs of an adult rat to its basic structural support system—scaffolding— and put it into a bioreactor mimicking the environment in which foetal lungs develop. They injected lung cells taken from a newborn rat into the bioreactor and observed that the cells somehow migrated to the right spots and grew air sacs, airways and blood vessels. The engineered lungs when implanted were 95 per cent efficient. Scientists say it would take over 20 years before the technique is ready for use. For the human body to accept this approach without rejecting the new tissue, scientists would first need to find ways of improving stem cell technology to produce lung cells. Science, June 25 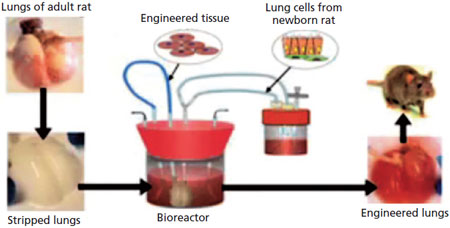 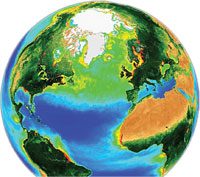 The annual bloom of phytoplanktons is the basis of the food web. It was believed in temperate regions they bloom in spring as they receive more light and warm seawater. A new analysis suggests phytoplanktons actually bloom in mid-winter. The winter storms help them disperse, making it difficult for zooplanktons to eat them. Thus they survive and multiply.
Ecology, April

ASTROPHYSICS
How old is the galaxy?

The age of our galaxy can now be measured more accurately. An experiment helps measure the abundance of osmium- 187, a radioactive element with a long half-life of two million 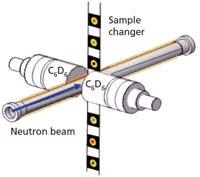 years. It is the daughter of radioactive element rhenium-187, produced in the first stellar explosions after the birth of the galaxy. Scientists believe comparing the amounts of rhenium-187 and osmium- 187 present on Earth’s crust can provide an estimate of the galaxy’s age. But since its formation, osmium-187 has decayed or reacted with other elements, and the exact amount of free osmium is not known. Scientists fired neutrons into an osmium atom to determine how frequently it captures neutrons and converts into another material. The data collected has reduced the uncertainties of the galaxy’s age from two billion years to less than one billion years. Our galaxy is about 14 billion years old.
Physical Review C, July 15

Name a drink that can keep you alert late at night, prevent from fainting after blood donation and even help lose weight. It’s water. Scientists said water increases the activity of the sympathetic nervous system, which raises alertness, energy expenditure and blood pressure. Although drinking excessive water does not raise blood pressure in healthy people, the effect is pronounced in people with impaired system of blood pressure. Water dilutes plasma in the blood vessels of stomach, causes a short-lived reduction in salt concentration and elevates blood pressure. A protein, Trpv4, is responsible for the mechanism. Trpv4 can thus be targeted for blood pressure regulation, particularly in situations of low blood pressure and fainting.
Hypertension, June

Scientists discovered a 15 million-yearold Australian limestone cave packed with hundreds of well-preserved fossils that reveal almost the entire life-cycle of a large prehistoric marsupial, Nimbadon lavarackorum, from suckling in the pouch to adults. The skulls reveal that the ancient marsupials developed in much the same way as marsupials today. Except that early in their life, the emphasis of growth was on the development of bones at the front of the face to help the baby suckle. The rest of the skull developed as it grew older and started eating leaves. The site is also scientifically important because it documents a critical time in the evolution of Australia’s flora and fauna, when the continent’s biological richness reshaped as rainforests retreated.
Journal of Vertebrate Paleontology, July 14 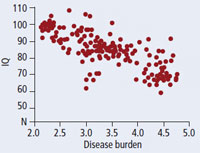 Why human intelligence, on an average, is higher in some places than in others? Why it seems to have been rising in recent decades? Scientists have offered an explanation: the effect of infectious diseases. Parasites and pathogens not only spread diseases, they also affect brain development. The brain of a newly born child requires 87 per cent of the child’s body energy, a five-year-old’s brain needs 44 per cent and an adult’s brain consumes a quarter of the energy. Any competition for this energy is likely to damage brain development, and parasites and pathogens compete for it in several ways. They feed on the host’s tissue, use organs to reproduce and provoke the host’s immune system into activity. This diverts body energy from activities like brain development.
Proceedings of the Royal Society B, June 30 (online)