Just like the human body, electronic devices also suffer wear and tear. But unlike the body which is repaired immediately by white blood cells, devices like mobile phones take time. Now scientists have devised a “repair-and-go” method. In this, a microcapsule is filled with a solution of nanoparticles and droplets of oil stabilised with a polymer surfactant. The surfactant helps lower the surface tension of a liquid. The microscapsule is then applied to a damaged surface. It repairs defects by releasing nanoparticles into them. The technique is fast and avoids the need to coat an entire surface. Nature Nanotechnology, January 10 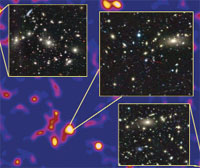 Astronomers have created a vast cosmic map revealing an intricate web of dark matter and galaxies spanning a distance of one billion light-years.

This was achieved not by observing dark matter directly, but by observing its gravitational effects on ancient light travelling from galaxies that existed when the Universe was half the age it is now. The team analysed images of about 10 million galaxies in four different regions of the sky. Understanding dark matter is critical to know how the Universe evolved to form planets, stars and galaxies. Presented at the American Astronomical Society’s winter meeting, January 9

Air pollution has now been linked to increased incidence of diabetes and hypertension. It is known that air pollution increases the risks of cardiovascular diseases like stroke and myocardial infarction. Researchers assessed the risks of hypertension and diabetes associated with exposure to nitrogen oxides and particulate matter— indicators of traffic-related air pollution—in 4,000 African-American women. They found that risk of diabetes increases by 24 per cent and that of hypertension by 11 per cent for each 12 parts per billion increase in exposure to nitrogen oxides. Circulation, January 5 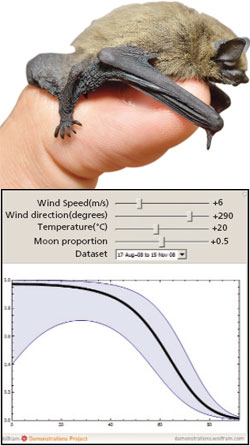 Fatalities of bats at wind energy facilities are common. This is because bat migration patterns are poorly understood. Now researchers have devised an interactive tool which will help wind energy facility operators detect bat presence. The team found that the bat activity depends on time of year and a number of environmental conditions, such as wind direction, wind speed, air temperature and moon phase. All these parameters have to be selected on a computer simulated programme which then through a graph predicts bat presence. Journal of Wildlife Management, January 9

The key to male fertility may lie in an omega-3 fatty acid. Researchers say docosahexaenoic acid (DHA) plays a vital role in formation of acrosome that is critical in fertilisation because it houses, organises, and concentrates a variety of enzymes that sperm use to penetrate an ovum. Without DHA, the structure does not form and sperm cells do not work. Marine fish, such as salmon or tuna, are excellent sources of this omega-3 fatty acid. Biology of Reproduction, January 9 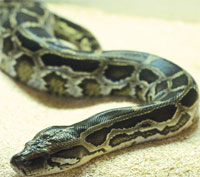 Invasive Burmese pythons breeding in Florida’s Everglades may pose a threat to adjacent ecosystems and nearby islands like the Florida Keys. Scientists had hoped that saltwater would block the spread of pythons from the Everglades because reptiles, in general, have poor salinity tolerance. But they found the snake can withstand exposure to salt water long enough to potentially expand their range through ocean and estuarine environments. Journal of Experimental Marine Biology and Ecology, January 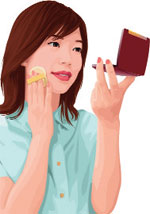 Cosmetics including lipsticks and foundation have a chemical preservative, methylisothiazolinone or MIT, in it. Though it is known that MIT is harmful in high concentrations, the cosmetic industry considers it safe at concentrations less than 100 parts per million. A study has shown that even at low levels MIT can obstruct brain development. The researchers exposed tadpoles to concentrations as low as 1.5 parts per million. They found MIT increased neurodegeneration and interfered with neuron growth. Neuroscience, January 4 (online)

A material made from polyethylenimine could be the new tool in keeping excess carbon dioxide from reaching the air. It is derived from a readily available and inexpensive polymeric material and easily absorbs carbon dioxide from factory smokestacks and open air. The existing methods for removing carbon dioxide are energy intensive. When tested, the material achieved the highest carbon dioxide removal rates ever reported. Journal of the American Chemical Society, December 21 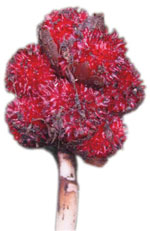 Botanists have discovered a new wild ginger in the evergreen forests of the Western Ghats of south India. It belongs to the Amomum genus in the Zingiberaceae family. The most notable feature of the plant is the presence of long ligules that reach up to nine cm in length. It also has small flowers having a long corolla tube. All parts of the plant are hairy. It falls under the critically endangered category of the International Union for Conservation of Nature, 2001 and needs to be protected urgently to save it from extinction. PhytoKeys, January 6

A dramatic rise in fresh water in the Arctic’s Beaufort Sea was not caused by melting of ice but by a 20-year-long shift in atmospheric pressure that altered the output of three mighty Russian rivers. Scientists says frigid water flowing from the Ob, Lena and the Yenisey rivers was shifted due to low pressure over them. This drew Russian river water away from the Eurasian Basin, between Russia and Greenland, and into the Beaufort Sea. The influx added three metres of fresh water over the central part of the Beaufort Sea. Scientists say knowing the pathways of freshwater is important to understand global climate because freshwater also affects melting of sea ice. Nature, January 5 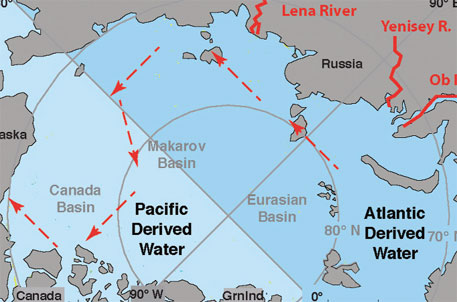