Wood is a bad conductor of electricity but can do wonders when used inside a battery. Extremely small tin-coated wood scraps have been used to make an environment-friendly, thinner-than-paper, long-lasting, sodium-ion battery that can withstand hundreds of charge-discharge cycles. During charging and discharging, regular batteries swell slightly.

This, over time, breaks down the stiff material used to store electrolytes in most batteries. But cellulose fibers in the wood are naturally flexible and assist in the flow of mineral-rich water across the length of tree. They can thus withstand the strain associated with electron flow in batteries. The technology could serve as a template for a new generation of low-cost sodium-ion batteries. Nano Letters, May 29

Warming would make Indian monsoons more and more erratic as we move towards the end of the 21st century. Increasing temperatures would increase the strength of Pacific Walker circulation, which usually creates areas of high pressure to the western Indian Ocean, suppressing the monsoon. The changes would hit India’s economy because its agriculture relies heavily on monsoons. Geophysical Research Letters, June 21

Malaria kills a child every 45 seconds and over 90 per cent of malaria deaths occur in Africa. An analysis of over 5,000 studies from the past 30 years on the link between malaria risk and socio-economic status of children aged 15 and less has shown that poorer children have double the chance of catching the disease than their better-off counterparts within the same community.

Factors like better educated parents, quality of housing, access to treated bed nets and anti-malarials and improved nutritional status in rich households might be the reason behind this. The findings suggest that poverty alleviation can protect children against malaria. The Lancet, June 19 (online) 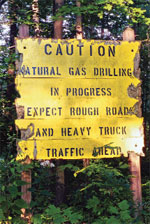 High levels of methane and other stray gases have been found in water wells near fracking sites in Marcellus shale region of Pennsylvania. An analysis of 141 drinking water samples from private wells across northeastern Pennsylvania revealed that methane concentrations were six times higher and ethane concentrations 23 times higher in water wells within a kilometer of a shale gas well.

Propane was detected in 10 samples, all of them from homes within a kilometer of drilling. The study shows that proximity to drilling sites and geological factors can impact groundwater quality near shale gas sites. PNAS, June 24

BIOLOGY
Best of both

Domestic tomato is bright and red but lacks in taste. The wild ones, on the other hand, taste amazing but look flawed and are difficult to grow and transport. Now for the first time, genomes of the two types of tomatoes have been compared to find out how individual genes interact to affect the flavor, appearance, lifespan, and several other valuable traits of the fruit.

Insights gained through the genomic comparison can help genetic biologists create the ultimate tomato, which would combine the good traits of both domestic and wild tomatoes. PNAS, June 26 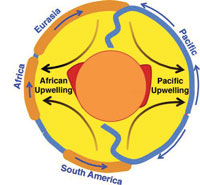 Earth’s tectonic forces have been slowly tearing apart the continents since millions of years. It has now been found that it is the two giant fountains of hot rock under central Africa and the central Pacific that are driving the movements of the massive tectonic plates that make up Earth’s surface.

These two hotspots have, however, remained stationary for at least 250 million years. The knowledge can help geologists understand geologic features that are a result of Earth’s mantle dynamics, such as ocean basins, mountains belts, earthquakes and volcanoes. Nature, June 27

Drug-resistant gonorrhea is a growing threat. While the last antibiotics effective against the sexually transmitted bacterial infection lose their strength, a different regimen of antibiotics being tested in the UK may delay the rise of completely untreatable gonorrhea. In 2007, just 1.5 per cent of gonorrhea patients in the UK were found to be resistant to cefixime, one of the last effective gonorrhea drugs.

The count, however, jumped to 17 per cent by 2010. But when treatment guidelines were changed and patients with newly diagnosed gonorrhea were given a high dose of ceftriaxone and azithromycin, the resistance cases dropped to 11 per cent within a year. The Lancet Infectious Diseases, June 10 (online)

Burning fossil fuels produces carbon dioxide. Plants use sunlight to convert this CO2 into organic substances that turn into fossil fuels over ages. Scientists have developed ways to mimic the process. However, the reaction needs expensive gold and silver catalysts. Now it has been found that bismuth, a very cheap, abundant metal, can use solar power to convert CO2 into carbon monoxide.

Images of a stunning eruption of superheated plasma, which occurred on the sun two years ago, have provided clues about how stars form. During the sunstorm, some of the plasma rained back down on the sun in a dazzling display of ultraviolet rays.

This, astronomers believe, can help them understand how newborn stars suck up plasma from their surroundings to grow. It has been found that the ultraviolet flashes came from the in-falling material itself, not from the surrounding solar atmosphere. If this is true for distant, young stars, then an analysis of the ultraviolet light they emit can provide crucial information about the material stars are accumulating. Science Express, June 20 (online)

Erecting solar and wind energy plants in sunniest and windiest regions may not always benefit the environment most. A study on solar and wind energy plants in the US shows that most of such projects are being built in the southwestern plains and deserts, which are not the most socially and environmentally beneficial sites. It shows building solar or wind farms in eastern and Midwestern states such as Indiana and Pennsylvania, which currently rely heavily on burning coal for electricity, provides far more societal benefits than building similar plants in the US southwest that currently uses cleaner gas-fired plants. PNAS, June 24