IISF 2019: Science should be inventive and innovative, says PM Modi

The four-day event began in Kolkata on November 5 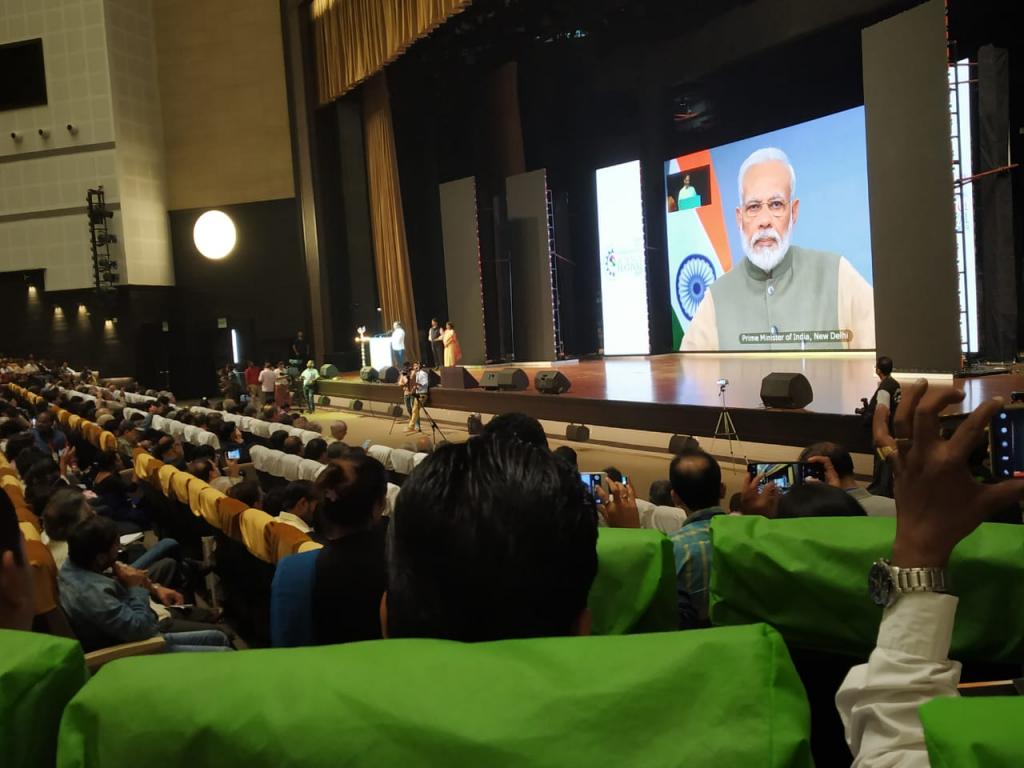 Prime Minister Narendra Modi inaugurated the India International Science Festival (IISF) 2019 on November 5, with the message that science should not just be inventive but also innovative and research not just influential but also inspirational.

The festival’s fifth edition kicked off at the Biswa Bangla Convention Centre and Science City in Kolkata. Over 12,000 participants from India and abroad will participate in 28 events at this venue in addition to the Satyajit Ray Film & Television Institute, Bose Institute and Indian Institute of Chemical Biology over the coming days.

The four-day event is being jointly organised by the Union Ministries of Science and Technology, Earth Sciences as well as Health and Family Welfare in association with Vijnana Bharati (VIBHA).

The prime minister during his inaugural address through video conferencing said that the goal of the science festival was to connect the common man with science. Research and study should not just be confined to laboratories. The findings should be communicated to society at large.

Prime Minister Modi urged the scientists present to think of ways in which science could be utilised to make people’s daily lives easier. He said the way forward should be ‘Long Term Benefit, Long Term Solutions’ while keeping in mind international standards and regulation

Union Minister for Science and Technology, Earth Sciences and Health and Family Welfare, Harsh Vardhan said that a platform like IISF was an opportunity to bridge the gap and bring science and technology closer to the public for wider awareness.

Hence, the theme for this year’s festival is RISEN India — Research, Innovation, and Science Empowering the Nation. The inauguration session was also attended by ministerial delegates from Myanmar, Bhutan, Nepal and Bangladesh

The highlight of the day was however the lesson on astrophysics. Over 1,598 students from across the country attended the class at Science city. The students were shown how a small model of the spectroscope could easily be made using cardboard having a narrow slit for the passage of light.

They were made to understand on how spectroscopes used by astronomers for elaborate and complicated findings related to celestial objects, can actually be attempted by them too.

Another event of the festival that is getting a lot of hype is on the special role of women scientists and entrepreneurs in shaping the scientific growth and future of the country.

According to festival organisers, the programme is expected to be attended by over 700 women scientists and aims to bring together and explore new opportunities in the field of science and technology.