Space agency debunks popular misconception of no sound in space 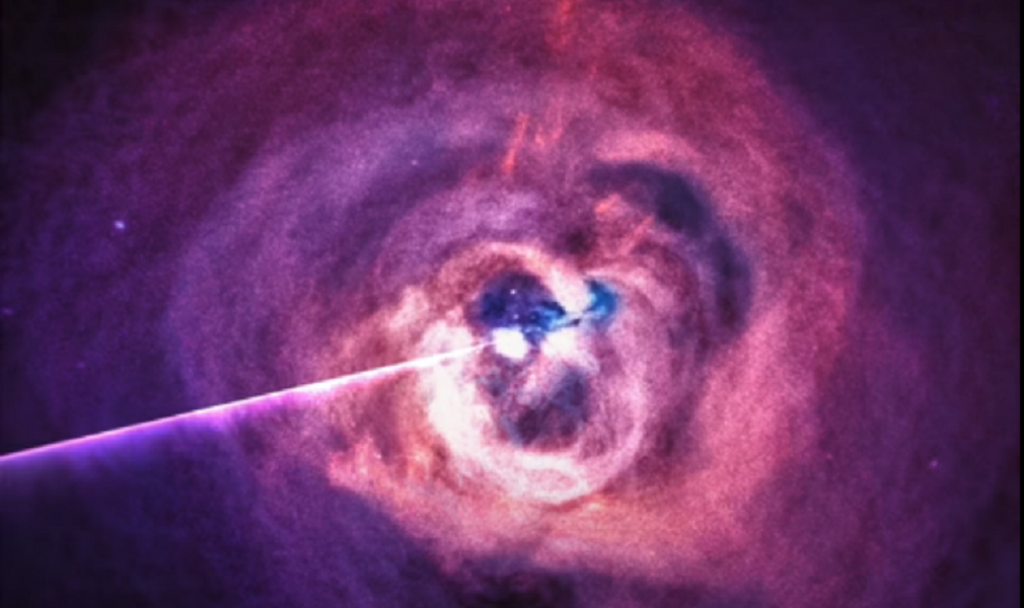 The radar-like scan around the image allows you to hear waves emitted in different directions. Screengrab: NASA/ YouTube

The United States National Aeronautics and Space Administration (NASA) shared a haunting audio clip of a supermassive black hole located 250 million light-years away. The clip, shared on microblogging platform Twitter, took many by surprise, with many commenting on the ‘ghostly’ nature of the sound and how audio can be recorded in space.

The Twitter handle of NASA Exoplanets tweeted the audio clip with a visual. “We are the NASA team looking for planets and life beyond our solar system. We represent all of NASA’s missions looking for — and finding — new worlds,” stated the team’s Twitter handle.

The misconception that there is no sound in space originates because most space is a ~vacuum, providing no way for sound waves to travel. A galaxy cluster has so much gas that we've picked up actual sound. Here it's amplified, and mixed with other data, to hear a black hole! pic.twitter.com/RobcZs7F9e

The sound extracted from a black hole at the centre of the Perseus galaxy cluster gives us new insight into space exploration and research.

It is a popular misconception that there is no sound in space. It originates from the fact that most space is essentially a vacuum, providing no medium for sound waves to propagate through.

However, a galaxy cluster has copious amounts of gas that envelop the hundreds or even thousands of galaxies within it, providing a medium for the sound waves to travel, said NASA.

Astronomers had earlier identified and extracted the sound waves from the black hole. These were first made audible three months ago when NASA uploaded the video on YouTube. “The sound waves were extracted outward from the centre,” The audio description said.

The note was, however, not audible for human ears as it was some 57 octaves below middle C. The new sonification — that is, the translation of astronomical data into sound — was released for NASA’s Black Hole Week on May 4, 2022. The Black Hole Week event was celebrated from May 2-6.

The sonification is unlike any other, as it revisits the actual sound waves discovered in data from NASA’s Chandra X-ray Observatory — a sophisticated space telescope. Astronomers resynthesised the audio and scaled them upwards around 58 octaves so that it is audible to humans.

The radar-like scan around the image allows you to hear waves emitted in different directions. Blue and purple areas show X-ray data captured by Chandra.

NASA has also released another sonification of a famous black hole. The black hole in Messier 87, or M87, has been studied by scientists for decades.

M87 gained celebrity status in science in 2019 as it was the first black hole ever to be directly imaged in a colossal effort by the Event Horizon Telescope collaboration.