Every year, urea worth Rs 50,000 crore is lost from Indian farms, with rice and wheat accounting for about two-thirds of it 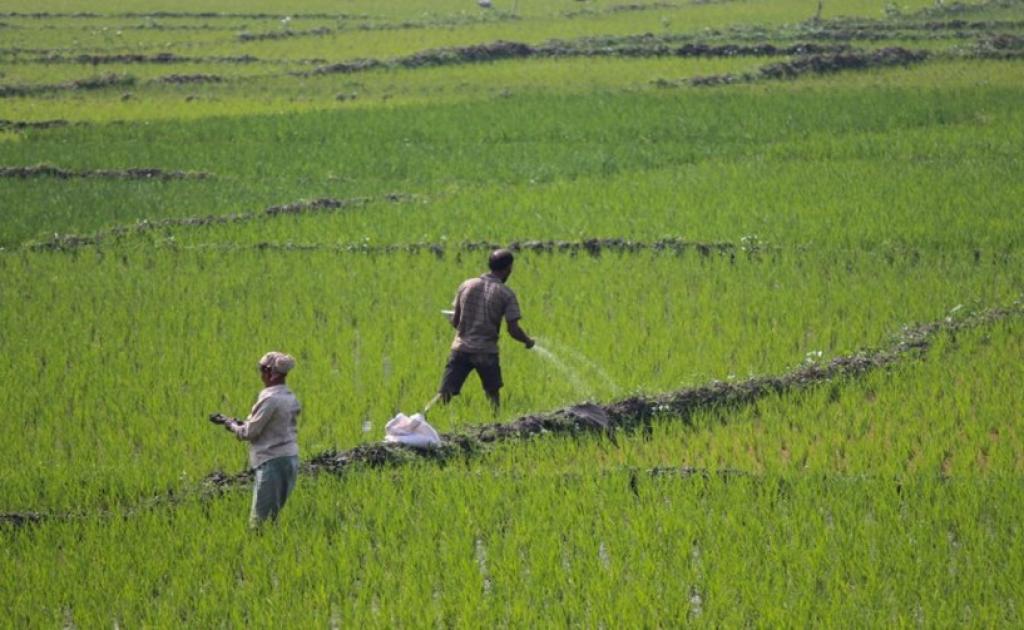 Indian biotechnologists have identified candidate genes for nitrogen use efficiency (NUE) in rice in what is a major boost to the scientific efforts for crop improvement to save nitrogenous pollution and fertilisers worth billions. This was accomplished by Nandula Raghuram, Supriya Kumari and Narendra Sharma from the School of Biotechnology, Guru Gobind Singh Indraprastha University, New Delhi.

Their findings have just been published in the premier international journal, Frontiers in Plant Science. The article is titled Meta-Analysis of Yield-Related and N-Responsive Genes Reveals Chromosomal Hotspots, Key Processes, and Candidate Genes for Nitrogen-Use Efficiency in Rice.

The researchers analysed over 16,600 genes compiled from their own research and dozens of others. They then systematically shortlisted ‘62 candidate genes’. They further narrowed them down to ‘06 high priority target genes’ for their potential to improve NUE in rice.

“Every year, urea worth Rs 50,000 crore is lost from Indian farms, with rice and wheat accounting for about two-thirds of it,” Raghuram, who led the research, said. “This loss roughly equals the annual government subsidy on urea. We can neither afford such waste of money, nor the pollution it causes,” he said.

As the co-editor of the Indian Nitrogen Assessment (2017), he is concerned that India is emerging as one of the global hotspots of nitrogen pollution of water and air, adversely affecting our health and climate change. As the Chair of the International Nitrogen Initiative (INI), he helped the Indian government pilot the first-ever United Nations resolution on sustainable nitrogen management in 2019.

“Half of the solution lies in biological crop improvement, while the other half can come from improving fertiliser formulations and cropping practices. Rice is an ideal target crop for this, but the main challenge was the lack of identified or predicted gene targets for crop improvement. We now offer them to the scientific community to collectively fast forward crop improvement,” Raghuram said.

Supriya Kumari and Narendra Sharma compiled a list of 14,791 rice genes involved in nitrogen response and 1,842 genes involved in yield, totaling 16,633 to begin with. They identified 1,064 genes common to both for further shortlisting, as NUE involves both N input and grain yield output.

“Using a series of genetic and bioinformatic tools, we hierarchically shortlisted them to 62 genes, most of which were located on chromosome 1 and 3,” Kumari said. “Using machine learning tools, we narrowed them down to 6 high priority target genes,” Sharma said.

Both Kumari and Sharma are research associates in Raghuram’s project on ‘South Asian Nitrogen Hub’ funded by the UK Research and Innovation under the Global Challenges Research Fund (GCRF-SANH), through the Centre for Ecology and Hydrology, Edinburgh.

“NUE is controlled by too many genes and shortlisting them is very important for crop improvement towards NUE,” Subramanyam Desiraju, co-principal investigator of the SANH project from the Indian Institute of Rice Research, Hyderabad, said.

He collaborated earlier with Raghuram’s group in the discovery of the ‘phenotype’ for visually differentiating low and high NUE cultivars of rice, published in January this year.

According to Indian Nitrogen Assessment, rice is important for NUE, as it consumes 37 per cent of all N-fertilisers in India, the highest among all crops on account of its lowest NUE. Fertilisers like urea emit ammonia, which can deposit on particulate matter and impact human health.

Urea also accounts for 77 per cent of all agricultural nitrous oxide emission to the Indian environment. Nitrous oxide is a greenhouse gas that is 296 times more powerful than carbon dioxide in causing climate change. N-fertilisers also cause water pollution and algal blooms, killing fish and affecting livelihoods.

The current publication on target genes for NUE is a part of a special collection of 22 articles under the theme Nitrogen Use Efficiency and Sustainable Nitrogen Management in Crop Plants. The publication of this collection put together by the International Nitrogen Initiative coincided with its 8th triennial international nitrogen conference (INI2021) held virtually between May 30 and June 3.