Touchscreens for dogs, wearables for chickens: welcome to the world of animal technology 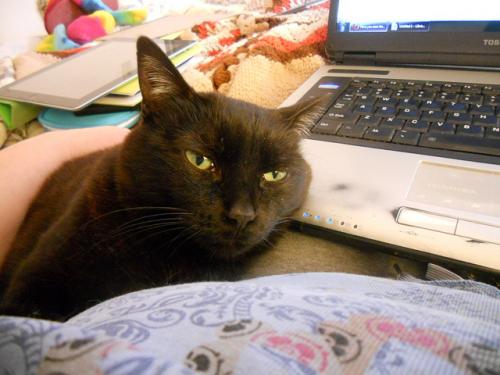 Imagine leaving your dog at home while it turns on the smart TV and chooses a programme to watch. Meanwhile you visit a zoo where you play interactive touchscreen games with the apes and watch the dolphins using sonar to order their lunch. In the field behind you, a farmer is stroking his flock of chickens virtually, leaving the drones to collect sheep while the cows milk themselves. Welcome to the unusual world of animal technology.

Animals have interacted with technology for a long time, from tracking devices for conservation research to zoos with early touchscreen computers. But more recently, the field of animal-computer interaction (ACI) has begun to explore in more detail exactly how animals use technology like this. The hope is that better understanding animals' relationship with technology will means we can use it to monitor and improve their welfare.

The explosion of research in ACI has been followed by pet products that allow owners to monitor their pets when out of the house and even play games with them. For example the PetCube toy lets owners control a laser that the pets can chase while talking to them using a video app on their smartphones. Other apps allow owners to monitor their pets' health, exercise and habits. Research into the app CompanionViz showed this data gave owners an enhanced understanding of their pet’s health and strengthened their companionship.

My own research involves building intelligent tracking devices for dogs that let them interact with media on a screen so we can study how dogs use TV and what they like to watch (if anything). Perhaps unsurprisingly, I’ve found that dogs like to watch videos of other dogs. This has led me to track dogs dogs' gaze across individual and multiple screens and attempts to work out how best to make media just for dogs.

Eventually I hope to make an interactive system that allows a dog to pick what they want to watch and that evolves by learning what media they like. This isn’t to create a toy for indulgent pet owners. Dogs are often left at home alone during the day or isolated in kennels. So interactive media technology could improve the animals' welfare by providing a stimulus and a source of entertainment. As this research is so new, these effects are only just beginning to be analysed. But we hope they will improve dogs' welfare by keeping them away from potentially harmful behaviour due to boredom.

This kind of technology could also encourage people to engage more with animals and teach them about conservation issues. Orangutans are highly intelligent. In captivity they require mental stimulation to stop them from getting bored and depressed. Apps for Apes is a project that gives the animals access to touchscreen technology, allowing them to access cognitive games, art and drawing, and musical instruments, as well as photos and videos, in a similar way to humans. This isn’t just good for their welfare but also helps educate zoo visitors about the animals' needs and intelligence and creates opportunities to interact with them, raising awareness of conservation efforts.

Technology could also help animals that need more than a source of visual stimulation. One project, lead by Adrian Cheok from the Imagineering Institute in Malaysia, is attempting to provide physical comfort to animals who often suffer poor welfare conditions: chickens. Chickens have high levels of cognition and feelings and so benefit from the kind of physical contact that isn’t possible with modern large-scale farming methods.

To artificially reproduce physical interaction between the birds and their farmers, the researchers have developed a chicken jacket that allows human users to give the animal wearing it a virtual hug. When the farmer strokes a touch-sensitive chicken model it sends a signal via the internet to the jacket, which replicates the feeling of being stroked.

All of these devices may sound rather like novelty items. Many people laugh when they hear about animal technology and point out, for example, that an animal cannot type. This doesn’t stop many humans from using technology so why should it stop animals? These technologies share a serious underlying aim of improving animal welfare in a world where animals are often kept in small, confined spaces with little stimulation, rather than roaming free in their natural habitats.

Building technology for animals is a process of fitting the technology around the animals’ communication, often this is there behavioural reactions. This means it can also open up new routes for research into animal behaviour, intellectual capacity and cognition. For example, by building digital games for animals we can test their understanding, learning more about environmental influences on the way they think. Through animal technology, we can learn, play, communicate and enjoy animals in a way we’ve never done before.