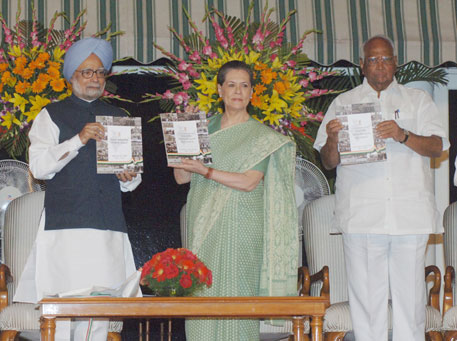 The ruling United Progressive Alliance (UPA) has completed nine years in power, and the countdown for the next general elections in 2014 has begun. Though in the past four years the government has been rocked by corruption scandals and leadership paralysis, UPA has been hyping its development agenda for rural areas and hopes to come back to power on its strength. Since 2004, the government has been creating legally enforceable entitlements for basic necessities: right to information, rural employment guarantee programme and the Forest Rights Act are in force, while the Right to Food Bill and the new Land Acquisition and Resettlement and Rehabilitation Bill are pending Parliament approval. Down To Earth has been tracking all the UPA flagship programmes with wide field reportage and incisive analysis. A quick look at the progress of these programmes to help you arrive at your own verdict on UPA's development agenda:

481 million households employed till now, but job demand is coming down

But only 1.3 million works completed

Verdict: Had huge potential for rural rejuvenation but lack of village-level planning killed it

Verdict: The law means a lot for the tribal population, but government wants to dilute it

Pending in Parliament, but states have started enacting their own food security laws

But the Bill is being opposed vehemently

Verdict: A compromised bill may not protect people from unfair compensation and rehabilitation