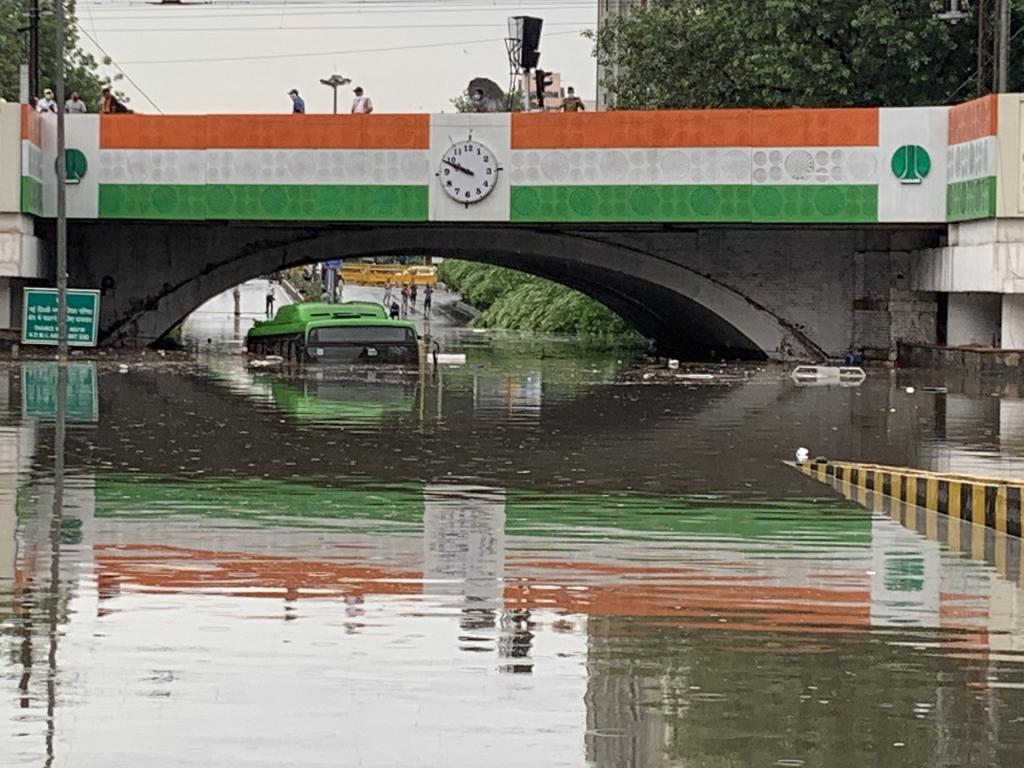 The recent heavy rain and subsequent waterlogging in several parts of Delhi has put the spotlight on urban floods — often ignored as sporadic, once-in-a-while events. These floods have become increasingly frequent in India’s major cities, with an increasing impact on life and property.

The frequency of urban flooding is a matter of concern, especially as the novel coronavirus disease (COVID-19) pandemic has forced people to follow social-distancing, something that is key to curbing its spread.

Some of the biggest metropolises in India — including Chennai, Mumbai and New Delhi — face waterlogging during heavy rain.

Delhi received around 70 millimetres of rain July 19, 2020, the most in the past five years, according to reports.

There were reports of floods in many parts of the city, with waterlogging reported under the railway bridge at central Delhi’s Minto Road.

Officials from the Public Works Department said the underpass is flooded every time there is heavy rain in the city. Pumps then have to be used to drain water.

AK Gosain, professor in the department of civil engineering at the Indian Institute of Technology, Delhi along with his research team, has worked on urban flooding in the city for a long time.

Gosain submitted a set of recommendations to the Delhi Jal Board. The researchers calculated the volume of runoff generated during heavy showers in different parts of Delhi, particularly low-lying areas like Minto Road.

The drains were found to be either silted, choked or not with enough volume to carry water, according to Gosain.

Yearly increase in the runoff — mainly due to unplanned urbanisation — led to the concretisation of roads and pavements.

Gosain’s team suggested diversion of the runoff to nearby parks where they can be recharged into the ground and also to waterbodies. He emphasised on the need to restore urban waterbodies in this context.

These suggestions need to be implemented soon if Delhi is to avoid water logging.

Delhi-based think-tank Centre for Science and Environment analysed the major cause for floods in Chennai.

It found stormwater drains to be clogged and needing immediate desiltation.

Chennai has 855 kilometres of stormwater drains against the 2,847 km of urban roads. Marginally heavy rainfall, thus, causes chaos in the city.

Chennai’s City Development Plan said the city’s waterways receive flood discharge only during the monsoon. These act as carriers of wastewater from sewage treatment plants and others for the rest of the year, according to the document.

Urban floods draw attention to unplanned urban sprawls. Stormwater drains supposed to drain rainwater not only need to be desilted but also need to be renovated.

They are either incomplete, encroached or blocked. The art of drainage has been forgotten, with the results in front of the public.

Major cities in India are both water-scarce and prone to flooding.