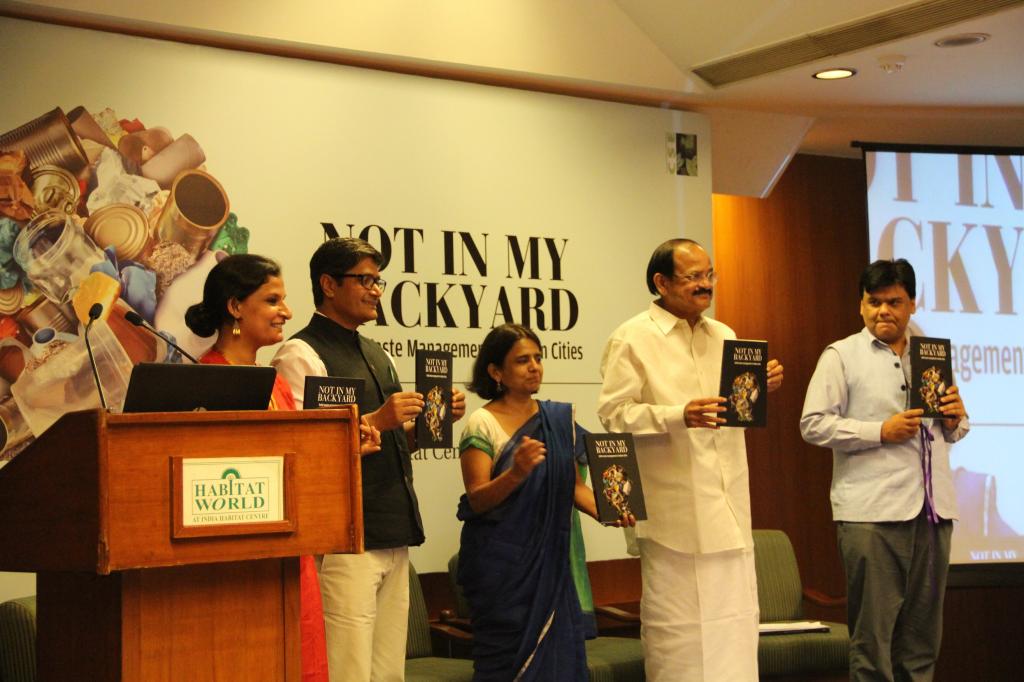 Union Minister for Urban Development, Housing & Urban Poverty Alleviation releasing the book ‘Not In My Backyard’

“We should be rich but not wasteful.” These very words by Sunita Narain, director general of Centre for Science and Environment (CSE), set the tempo at the launch of ‘Not In My Backyard’, a book which she has co-authored along with Swati Singh Sambyal, programme officer (Environmental Governance) at CSE.  Union Minister of Urban Development, Housing & Urban Poverty Alleviation, M Venkaiah Naidu was present at the event.

Raising an alarm about the fact that India doesn't really know how much waste it generates, she urged the minister to devise a strategy to arrive at a near-accurate figure so that cities can work on bettering waste management systems.  While highlighting the facts that emerged during the course of research on waste disposal mechanisms, Narain said, “We can't do waste management without segregation. But there is no incentive to segregate.”

Narain urged municipalities across the country to place segregation at the heart of waste management system. Referring to the “perverse incentive” to bring more quantities of waste to the dump yards, she said the Centre should change this incentive mechanism to turn people in favour of waste segregations at source. She also pointed out that installing emission control technologies in waste-to-energy plants is not an alternative to waste segregation.

“The poor are getting politically aware and they have started to say ‘Not In My Backyard’. Protest against waste disposal is growing and waste disposal schemes are being contested,” said Narain, indicating a silver lining. She, however, regretted that the urban people “don't even recognise the contribution of informal sector towards waste management”, making it clear that “no government can match the scale of work done by these informal waste collectors in India.

After releasing the book, Naidu said that this study on waste management issues in India couldn’t have come at a better time when the Modi government is working towards Swachh Bharat Mission. Urging people to take initiative at a local level and not to leave everything to government, Naidu said, “Smart city needs smart vision, smart decisions and the ability to take people into confidence.”

Talking about the book, the minister observed, "I am sure Not In My Backyard will motivate people to take up the responsibility of waste management. I have asked my team to send a copy of this book to all the municipal commissioners so that they can think their way ahead.” He also asked municipal commissioners to “Perform, Reform and Transform” and start collecting waste tax from people. 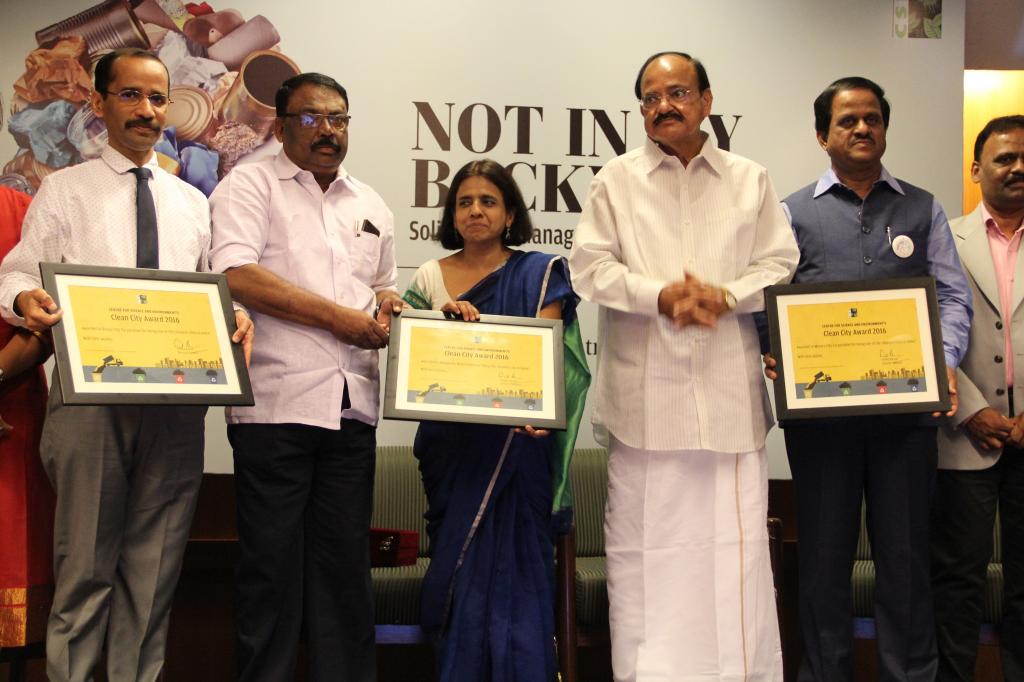 The chairman of Alapuzzha Municipality, Thomas Joseph; commissioner of Panaji City Corporation, Dipak Desai and commissioner of Mysuru City Corporation, C G Betsurmath received the Clean City Awards on behalf of their cities. The cities were selected for their multi-layered waste management processes, decentralised community-based composting and maximum segregation of waste at source.  Before welcoming the winners of Clean City Awards, Chandra Bhushan, deputy director general of CSE, said, “India needs to celebrate cities that have experimented with non-traditional ways of waste management and set an example for others to replicate.”