Menstrual cycle is normal; our attitude towards it is not

Girls and women have to fight social norms as well as lack of access to safe adsorbents, bathing space and water to manage their menstrual cycles 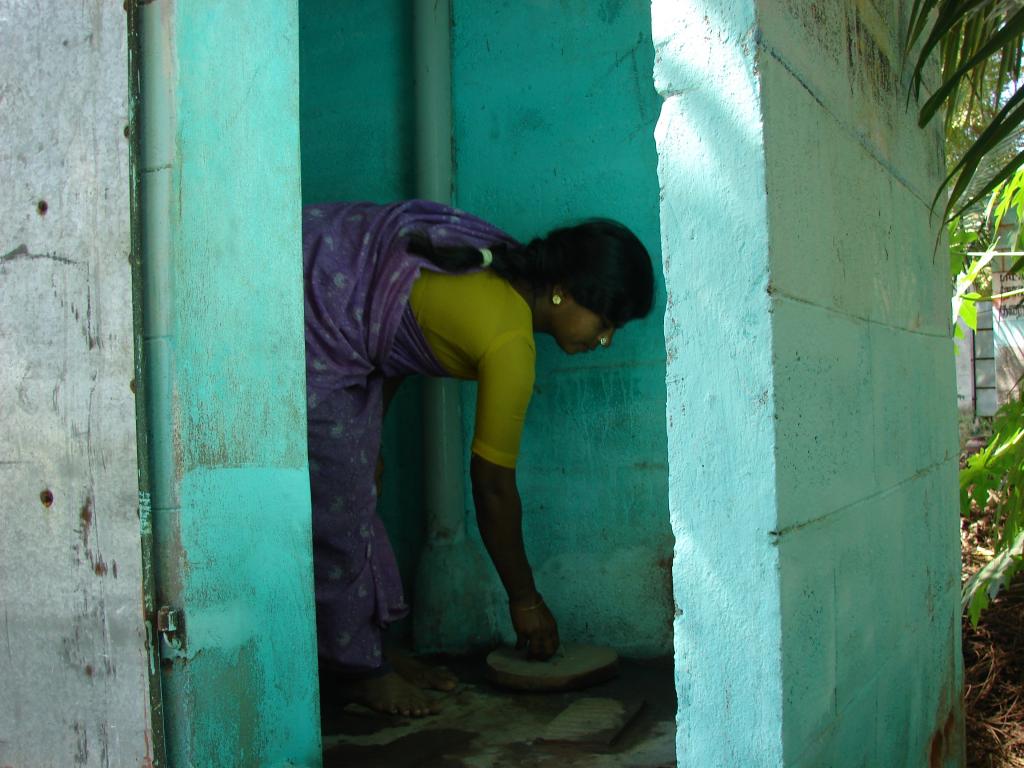 Due to economic distress and unavailability of appropriate sanitary adsorbents, women are compelled to use ashes, newspapers, dried leaves and husk sand. Credit: R K Srinivasa/CSE

When G Talukdar came back from school in February one day, the 18-year old from Silcoorie village of Assam felt her stomach abnormally swelled. She had no idea that a parasite had been damaging her intestine. In April 2017, Talukdar died because of an unclean cloth she had used as a replacement for a sanitary napkin, a common practice across the country.

Talkudar isn’t alone. Around 42 per cent of women in India lack access to hygienic means to manage their menstrual cycles, according to the National Family Health Survey 2015-16.

Apart from their physiological health, their mental health also gets affected due to poor hygienic practices during menstruation and the related social taboo. Almost 23 per cent of girls drop out of school on reaching puberty, which critically undermines their potential as individuals and future workers, according to Dignity for Her, a 2015 report by Dasra, a Mumbai-based philanthropy foundation and the Bank of America. “Girls tend to miss school six days a month on an average due to the inability to manage their periods at school,” said the report.

Shradha Shreejaya, a menstrual hygiene advocate and educator at Sustainable Menstruation Kerala, a campaign to address sustainable menstruation across the state, says girls miss school during periods due to period cramps and the lack of a safe changing space and clean toilets.

For a majority of women, procuring a disposable napkin is a difficult task in marginal and poorer communities in both rural and urban areas. Due to economic distress and unavailability of appropriate sanitary adsorbents, women are compelled to use ashes, newspapers, dried leaves and husk sand. The susceptibility towards infection increases because of unhygienic practices. In Odisha, women who used reusable absorbent pads/cloth were more likely to have symptoms of urogenital infection or get bacterial vaginosis (BV) and urinary tract infection, showed a 2015 paper co-authored by Padmalaya Das, working in Disease Surveillance Laboratory of Asian Institute of Public Health, Bhubaneswar.

Shame and lack of affordability are the most pertinent problems that affect the usage of disposable sanitary products. Lack of toilets and bathing space, limited water supply, inadequate washing and drying facilities increase the chances of infection. The odour of menstrual blood puts girls at a risk of being stigmatised, which can have negative implications for their physical, mental and reproductive health.

The need of the hour is a dialogue to normalise menstruation by looking at behaviour, infrastructure, politics and perception. One such example is the only government-run social campaign in Himachal Pradesh called Nari Samman. In January, the district administration of Kullu, with local women’s organisations, religious group leaders and zila parishad members, launched a social movement to put a hold on women’s social exclusion and their exile into outhouse/cattle sheds during periods in extreme winters. The campaign is effective in the most affected Jana Gram panchayat of Naggar block.

There are huge challenges to normalise menstruation and adopt menstrual hygiene management. Before we mainstream menstrual hygiene, Arundati Muralidharan from WaterAid India says that, we need to prioritise awareness programmes about socio-cultural norms and perceptions, access to menstrual hygiene products, proper usage and segregation of sanitary waste.

After sensitisation, accessibility to sanitary products is the next most important area of intervention. The Centre has been giving free sanitary pads to a girl student on a regular basis. According to the latest data from the Ministry of Health and Family Welfare, this scheme has been rolled out in 17 states in 1,092 blocks. However, it has been criticised due to lack of funds, which affects the supply of disposable single-use pads, which is not a one-time expense. Apart from the large gap between demand and supply, the terms of execution are unspecified and the quality of distributed pads not maintained.

The havoc created by non-disposable, plastic-based sanitary pads is huge. On an average, a woman uses around 10,000 sanitary pads during her reproductive age. Women, who use disposable pads/cloth for a long time, often suffer from fungal infections, rashes and irritation in vaginal area. Women using cloth napkins often dispose them in ways that are not hygienic. While some women wrap it in plastic or paper and throw it along with domestic garbage, some flush them down or throw them into water bodies. A big problem of accumulated menstrual waste is the fact that menstrual blood on napkins stagnates for longer duration, thus allowing pathogens to thrive in it. Stagnant menstrual blood accumulates a lot of bacteria such as Escherichia coli, which rapidly multiplies at an exponential rate. When waste pickers separate out soiled napkins/cloth from recyclable items by hand, they are exposed to micro-organisms like E.Coli, Salmonella, Staphylococcus, HIV and pathogens that cause hepatitis and tetanus. The plastic used in disposable pads can also be hazardous.

The complex components of sanitary pads make it difficult to categorise into waste types and with it its segregation and disposal. Soiled napkins, diapers, condoms and blood-soaked cotton, which are domestic hazardous waste, as per the Solid Waste Management Rules, 2016, are disposed of after segregation into biodegradable and non-biodegradable components. However, the Bio-Medical Waste Management Rules, 2016, says that items contaminated with blood and body fluids, including cotton, dressings, soiled plaster casts, lines and bedding, are bio-medical waste and should be incinerated, autoclaved or microwaved to destroy pathogens. Each piece of sanitary pad contains around 2 gram of non-biodegradable plastic. This will take on an average about 500-800 years. In accordance with the recent Plastic Waste Management Rules, 2016, producers of plastic are legally accountable for organising and financing the end of life of plastic products in an environmentally and socially responsible way, but they typically fail to do so and the government too does not enforce its own laws.

How to dispose menstrual waste?

One of the best ways to dispose menstrual waste is to give it to a biomedical waste incinerator. However, the costs are prohibitive, with biomedical waste incineration firms charging as much as Rs 22/kg of sanitary waste in metropolitan cities such as Bengaluru. Terracotta and cement incinerators, such as the Ashudhinashak incinerator designed by Swati and Shyam Bedekar, Vatsalya Foundation, a Vadodara-based non-profit bring the average rural Indian woman a more affordable alternative to industrial incinerators. Terracotta incinerators are about 93 per cent cheaper than industrial models as they require no electricity to run. However, it may release some emissions during the incineration process. They are suitable for more cotton content pads used in rural areas.

To normalise menstruation, we need to consider options that are economical and have less impact on the environment such as cloth pads and menstrual cups. Policies should be focused on a stringent application of menstrual hygiene schemes in urban and rural areas, access to menstrual products, especially in rural areas, extended producer responsibility by manufacturers of sanitary pads and environmentally safe pilot innovations.