Only a fraction of waste generated in Guwahati is recycled; the remaining ends up at dumpsites or is littered around 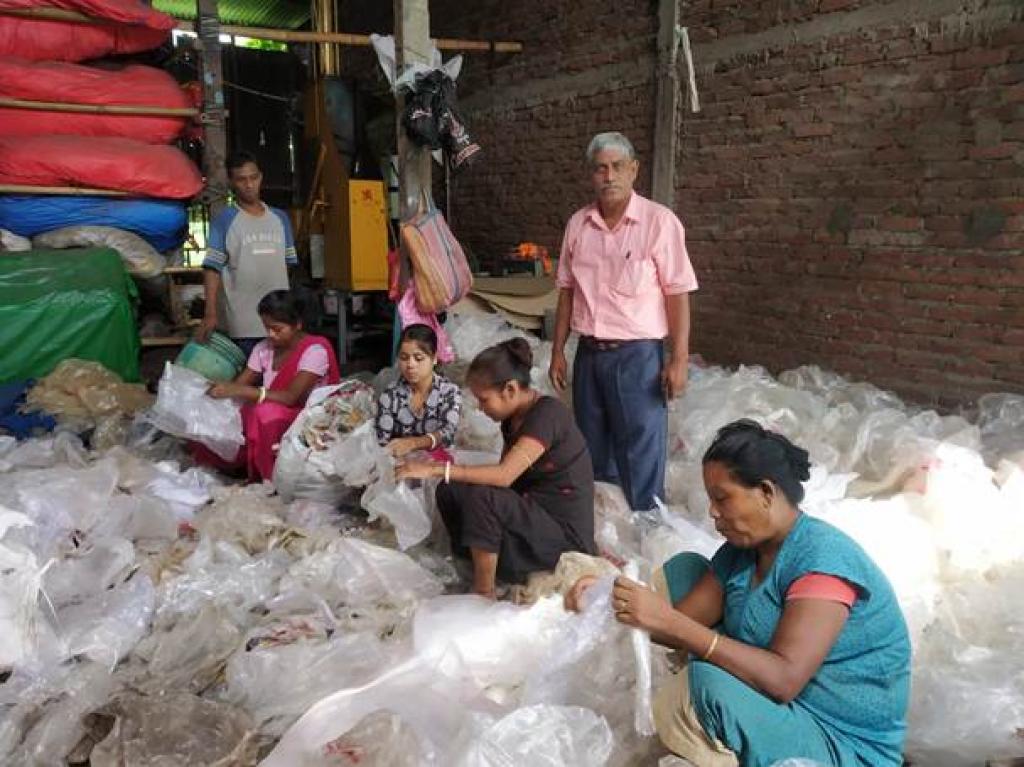 Five months ago, Guwahati was among the three cities chosen by WasteAid, a United Kingdom-based non-profit, to launch a Zero Waste Cities Challenge. The aim was to find entrepreneurs with innovative business ideas that can help reduce or recycle waste and create green employment opportunities.

The non-profit has now chosen two winners — entrepreneurs from Shree Guru Plastic and Inside Out — for their work on promoting circular economy and reducing the usage of plastics.

Circular economy is a model of production and consumption, which involves sharing, leasing, reusing, repairing, refurbishing and recycling existing materials and products for as long as possible. It aims to tackle global challenges such as waste, pollution, climate change and biodiversity loss.

The city generates approximately 550 tonnes per day (TPD) of solid waste — more than 85 per cent of which finds its way to the dumpsite located at Boragaon, apart from the numerous other small garbage vulnerable points in the city. Only a fraction of waste generated in the city is recycled.

WasteAid’s Zero Waste Cities Challenge received 100 entries from across the world between April and July, 2021. At least 12 entrepreneurs were selected as part of a shortlist for Guwahati, who were later enrolled in a free eight-week business mentoring programme, where the entrepreneurs refined their business ideas and worked on their business plans.

Five finalists were then selected for the final round October 20: They pitched their business innovations in front of a judging panel of industry experts.

Local entrepreneurs from Shree Guru Plastic and Inside Out each won €10,000 and six months of business mentoring on their models to reduce waste and create green employment opportunities in the city.

Dinesh Bandela, project manager, WasteAid (India), said in a statement: “Inside Out is closing the loop on water hyacinth, which is notorious for creating ecological imbalance and producing harmful greenhouse gases. It has found a way to make paper out of the weed, reducing the need for wood pulp, which is resource-intensive.”

He added Shree Guru Plastic worked towards increasing the recycling capacity of its facility by using better technology for low-value and contaminated plastics which were left out of the recycling chain. It aims to provide job opportunities to 22 women in the informal waste sector.