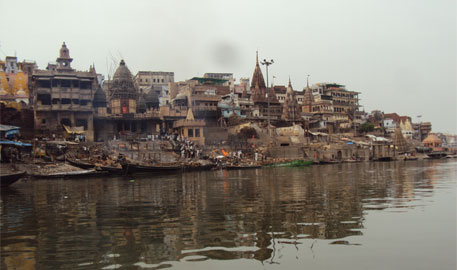 In an effort to bring technology to the rescue of highly-polluted River Ganga, the government has decided to use crowdsourcing to gather geo-spatial information about the river. For this, T V SN Prasad, director of National Mission for Clean Ganga (NMCG), signed a Memorandum of Understanding (MoU) with the National Remote Sensing Centre of Indian Space Research Organization (ISRO) on June 23. Thereafter, a mobile application as well as a web portal, called Bhuvan Ganga, was launched.

The portal that is deployed at ISRO’s geo-portal Bhuvan will be used as a platform to collect pollution data that will be posted or sent by the citizens or communities. Users can send pictures of polluted stretches (along with the location) and give information about its source. The mobile app is an android-based application that can also be used for the same purpose.

The data will help the concerned authorities to get information about geospatial layers like hydrology, water quality, soil, environmental data, course of the main river and a few other aspects. According to NMCG, the information can then be integrated to support and prioritise decision making and planning for a clean river.

According to the government, the mission has found that there is a need to use sophisticated technology to effectively monitor the Ganga. Thus, for the first time, the river will be cleaned by using cutting-edge technologies, says the NMCG press release. The initiative will also encourage community participation and coordination with other agencies for the development of this geo-spatial database.

B D Tripathy, noted environmentalist and professor at Benaras Hindu University, thinks that it is a good initiative as data that comes from communities will be more reliable. Sounding a note of caution, the expert adds that monitoring will be effective only if the tool is properly used.

A few other experts also believe that the set up can be effective as the data fed into app and portal can be cross-checked by a larger number of people, and in an unbiased manner.