Hydrogen could become the new fuel for cooking – here's how 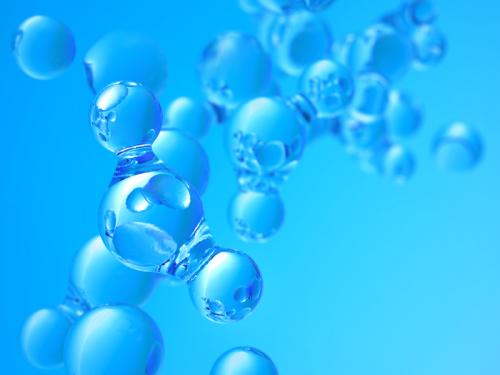 “Too much dirt,” says Justine about the difficulties of cooking with charcoal for her household of five. She’s a mother and market trader in the town of Sogakope in south-east Ghana, and referring to the soot that is produced because charcoal doesn’t burn completely. The reason she still uses it? “Cheap,” she shrugs.

Justine’s neighbour Janet is also complaining. She cooks with firewood but it produces too much smoke. It is a typical problem in a country where most cooking involves burning fuels like these. Women do most of the cooking and collect the fuel, and they are becoming more and more aware of the dangers of air pollution in the home.

As many as three billion people in Sub-Saharan Africa, Latin America and South East Asia still primarily use fuels like these for cooking, and 4m die every year from indoor air pollution. It is the fourth highest cause of death after HIV/AIDS, lack of clean water and tuberculosis. That’s more than malaria, by the way.

To address these dangers and also the increasing costs and carbon emissions from such fuels, since 2010 I have been involved in research to develop and test an alternative: hydrogen gas produced by solar powered electrolysis.

The vision is that countries would supplement or even replace central power plants that burn gas, coal or nuclear fuels by installing solar farms that collect the sun’s energy with arrays of photovoltaic panels. Some of the electricity would be diverted to large electrolysers that would produce hydrogen by passing electric current through water.

You then distribute the hydrogen to households for cooking. This could be by pipeline in a similar way to how countries like the UK receive natural gas at present. Or it could be through storage containers – compressed gas canisters or ideally low-pressure metal hydride tanks. Households would then use modified gas stoves adapted to safely burn the gas.

Hydrogen is a clean and sustainable alternative to fossil fuels. It has no carbon emissions and offers important improvements in health and quality of life. It also reduces deforestation for firewood and charcoal. Basically, you are cooking with water.

We looked at how such a system would work in three countries where most cooking is done with fossil fuels: Ghana, Jamaica and Indonesia. Most Ghanaians cook with firewood, coal and animal dung, while a small percentage use LPG. Indoor air pollution is a particularly murderous problem, especially for poorer people. When households get wealthier, they swap charcoal and firewood for LPG.

In Jamaica, most households cook with LPG but have to endure high costs from importing it into the country. In Indonesia, most cooking is done by firewood, followed by LPG and kerosene. Energy poverty is a major social issue, with the poor forced to use both pollutant energy sources and inefficient traditional cooking devices.

In each country we envisioned a system where a small solar farm distributed electrolytic hydrogen to rural communities of 20 households. We were able to show that you could achieve very significant reductions in CO₂ emissions. Jamaica is now trialling a small-scale system using compressed hydrogen gas cylinders while there have been discussions about doing something similar in African countries.

The main drawback at present is the capital cost, particularly if you use metal hydride storage. It has the advantage of being safer than distributing hydrogen under high pressure, but is prohibitively expensive at present. By my calculations, the cost per household for this system in Ghana is £2,171 a year for everything including distribution, the stove, solar power and electrolysis. Setting up such a system would clearly require substantial state or organisational support. Use compressed hydrogen and it comes down to £404 a year – hence the Jamaican trial.

The good news is that costs should fall in the coming years as demand for hydrogen storage increases – witness the fall in the price of solar panels in the past decade. If the global shift towards a hydrogen economy becomes a reality, metal hydride technology will surely move in the same direction. The cost of electrolytic hydrogen is already projected to keep falling year after year, for example.

It may be between ten and 20 years before cooking systems like these can become a reality on a large scale, but the potential is clear enough: if we can overcome the cost issues, there is a viable way of tackling an age-old killer and making a big difference to the environment. Justine and Janet just need to hang on.