India placed thirteenth among the world's 17 ‘extremely water-stressed’ countries, according to the Aqueduct Water Risk Atlas released by the World Resources Institute (WRI). The country, followed by neighbouring Pakistan, was under ‘extremely high’ levels of baseline water stress.

Twelve of the 17 were from the Middle East and North Africa (MENA) region; climate change may complicate the crisis, the document warned.

A region is said to be under ‘water stress’ when the demand for water there exceeds the available volume or when poor quality restricts use.

The MENA region is hot, dry and has limited water supply. While it is home to six per cent of the world’s population, it has just a per cent of its freshwater resources.

The World Bank too had warned about the region’s water stress last year. Countries there were “withdrawing water from underground reservoirs faster than it could be replenished and were essentially living beyond their means,” it said.

‘Extremely high’ levels of water stress means an average 80 per cent of the available water in a country is used by irrigated agriculture, industries and municipalities every year. 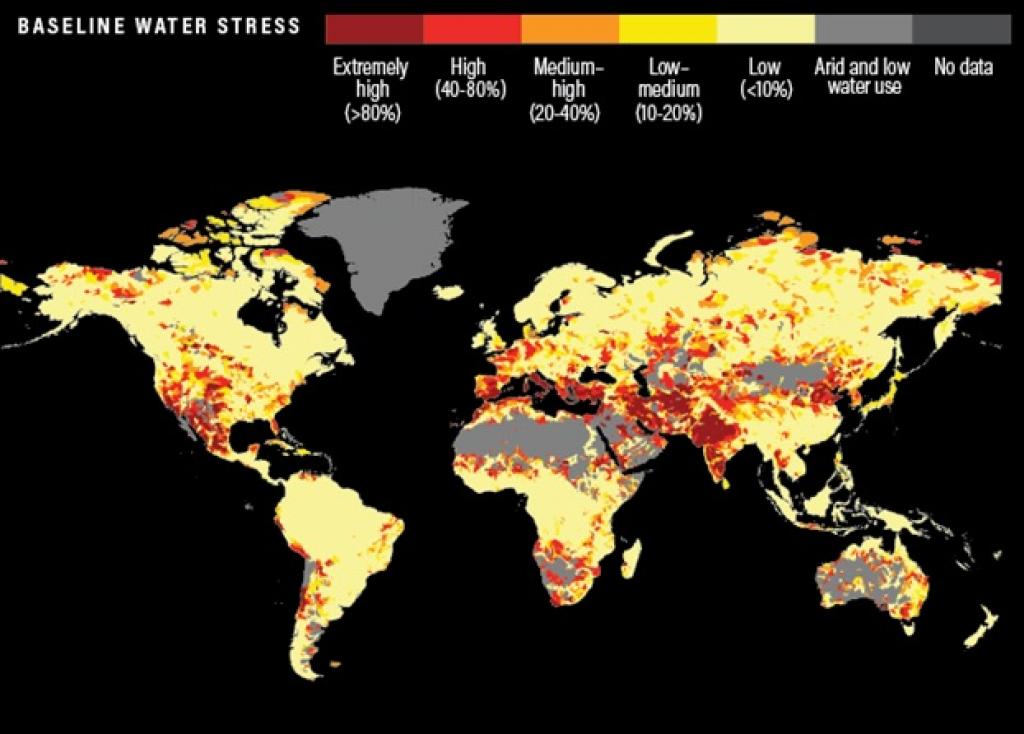 Both surface water and groundwater in India was highly exploited. Groundwater levels, in fact, declined at more than eight centimetres per year between 1990 and 2014 in northern India, WRI said. Chandigarh was the most water-stressed, followed by Haryana, Rajasthan and Uttar Pradesh.

The newly reconstituted Union Jal Shakti Ministry too raised concern in the Lok Sabha about the grim situation. Groundwater resources were over-exploited in 1,186 of 6,881 ‘assessment units’ (blocks, talukas, watersheds and others) in India, it said.

Groundwater runs 94.5 per cent of all minor irrigation schemes in India and the government must focus on more sustainable surface water schemes suggested the DTE's State of India’s Environment in Figures, 2019.

Apart from the 17 countries, 44 others faced ‘high’ levels of stress. In these countries, led by Chile, an average 40 per cent available water was withdrawn every year.

The gap between supply and demand will likely widen due to climate change and drought-like situations, coupled with uncontrolled groundwater extraction.

In fact, using safely-treated wastewater has been included in the water resources management plans of several Arab countries.

According to the World Bank, 71 per cent of the wastewater collected in Arab states is supposedly being safely treated, of which 21 per cent is being used, mostly for irrigation and groundwater recharge.

Oman, which is the 16th most water-stressed country in the list, treats 100 per cent of its collected wastewater and reuses 78 per cent of it.

About 84 per cent of all wastewater collected in Gulf Cooperation Council countries (Bahrain, Kuwait, Oman, Qatar, Saudi Arabia and the United Arab Emirates) is treated to safe levels, but only 44 per cent is finally reused.