Burden and risks associated with fetching water have been overlooked, says study authors 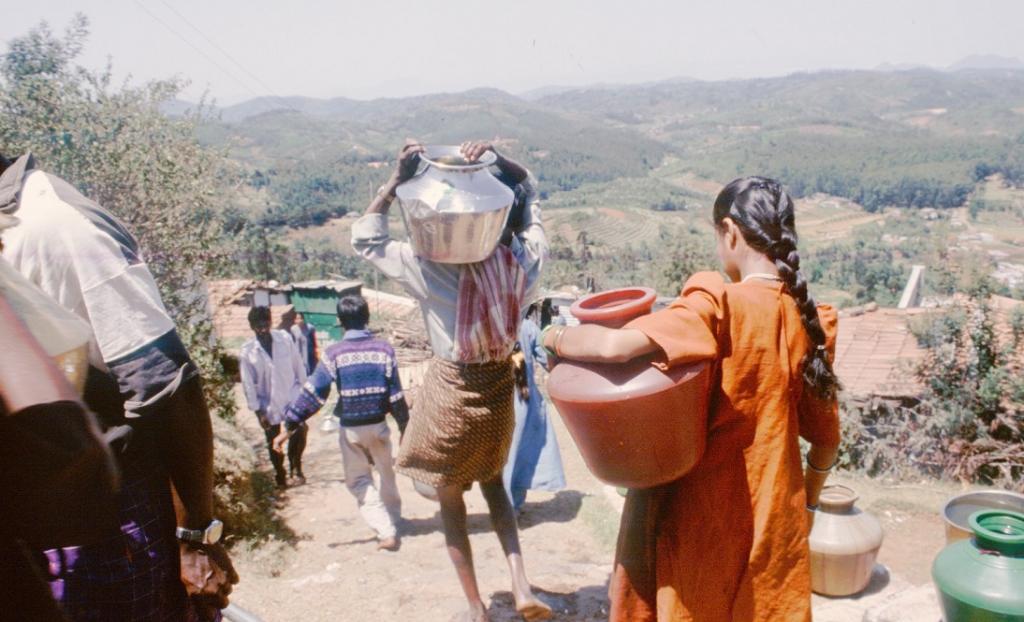 Women are found to be twice as affected as men with injuries while fetching water. Photo: Sunita Narain / CSE

Injuries sustained while fetching clean drinking water have been rarely highlighted and are a ‘hidden health challenge’, the authors of a new study profiling such injuries have said.

People, especially women in a number of low- and middle-income countries usually walk miles to collect clean drinking water. They frequently suffer from falls, traffic accidents, animal attacks and fights, that can result in broken bones, spinal injuries, lacerations and other physical injuries, the study said.

They surveyed 6,291 randomly selected households across 24 sites in 21 low- and middle-income countries in Asia, Africa, Latin America and the Caribbean.

Among the surveyed, 13 per cent respondents were found to have reported some sort of injury while collecting water. Women were found to be twice as affected as men.

Injuries such as fractures, dislocations, falls and those on the lower limbs were most common. Injuries were found to be more frequent in dangerous terrains and distant water sources.

The study authors highlighted the disproportionate burden on rural women for water scarcity or for those who did not have nearby sources of drinking water. They also stressed on the need and importance for safe interventions prioritising physical safety along with the other global indicators of water sanitation and hygiene.

This, they said, would help in the better assessment of progress of the United Nations-mandated Sustainable Development Goals, especially Goal 6.1. This goal aims for ‘universal and equitable access to safe and affordable drinking water for all’ by 2030.

The study findings also imply that until the correlation between the injuries and health is studied with more systematic data collection; the burden on global water, sanitation and hygiene cannot be correctly estimated.

The study was published in BMJ Global Health.