New Delhi is running out of water

Access to clean and regular water remains a challenge for New Delhi, a city that could easily tackle its water crisis with greater effort 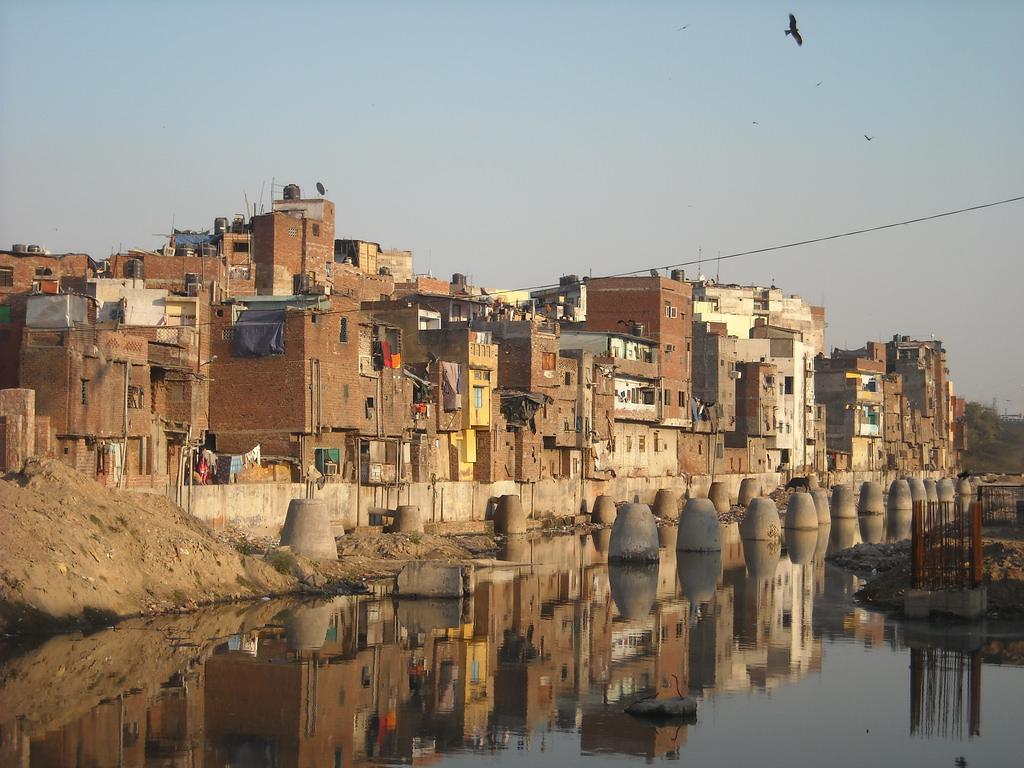 How can a place with so much rain suffer from serious water scarcity? (Credit: Sistak/Flickr)

As summer temperatures soar above 40°C in New Delhi, acute water shortages are gripping parts of India’s capital. Signs of water stress are now everywhere, and residents in southern and western parts of the city have not received a regular, reliable water supply for months.

Water shortages are becoming something of an annual ritual in Delhi, the world’s second most populous city. By 2030, it is estimated to grow by 11 million, from 14 million residents to 25 million – a megacity atop a megacity.

Without any changes in the city’s water management policies, the prospect of all those urban residents having access to water is grim.

Delhi’s current water policy, instituted by the ruling left-wing Aam Admi Party in 2015, promises 20,000 litres of free water per household per month. Assuming a household has five members, this means some 130 litres per capita per day should be available every day.

This plan is hampered by several basic problems. First and foremost, the city does not actually have enough water to make it happen, nor does it have enough money to give all this water away for free. Currently, some neighbourhoods have access to water just one to two hours a day

In 2016, the Delhi Jal Board (the hindi word jal means water), which is responsible for the city’s drinking and waste water management, estimated total distribution losses of around 40%. Many cities in both the developed and developing world have losses in the 4% to 20% range.

As a result, Delhi must actually produce daily 182 litres per person for individuals to receive their allotted 130 litres.

Even this 130 litres target is flawed, because it’s arbitrary. A person can live a perfectly healthy life at around 75 lpcd. In many European cities, including Malaga in Spain, and Leipzig in Germany, per capita daily water consumption is 92 litres or less.

In Delhi, people in high-income households may consume up to a staggering 600 litres. As the country’s middle class continues to grow, the need to build awareness of water as a scarce resource and instil conservation practices among the citizenry will grow more urgent.

Anyone who has ever lived in or travelled to Delhi during monsoon season, between June and September, can testify to its water-clogged roads and overflowing sewers. How can a place with so much rain suffer from serious water scarcity?

The answer is a basic one: mismanagement of resources. In the southern and southwestern districts of the city, which are particularly affected by both water shortages and flooding, harvesting rainwater holds particular potential.

In 1965, Singapore had water-management indicators similar to those of Delhi. Today, it reports that just 5% of its supply is unaccounted for, thanks to significant water reuse, desalination, storm water storage and conservation efforts.

Delhi has imposed mandatory norms for installing rainwater harvesting structures and created financial incentives. But because of a lack of oversight, these reforms have not lead to large-scale adoption of available technologies.

The Yamuna River, near Delhi, is an important source of drinking water for downstream cities. But it has been an open sewer for decades.

According to estimates of Central Pollution Control Board, every day, almost 40% of untreated sewage from Delhi either seeps into the ground or is discharged into the Yamuna River. The fact that other sources report this figure at 60% is telling: wastewater-treatment facilities are not only lacking – they are abysmally poorly managed.

The myriad of institutional challenges facing Delhi’s water board exacerbate these supply- and management-side issues.

First, the Delhi Jal Board’s chief executive is always an Indian administrative service officer, a high-ranking civil servant likely to be transferred at any moment to another position. The average job tenure of 18 to 30 months does not favour effective performance or strategic planning. In this short time, a CEO must learn all about water, gain a complete understanding of the city’s existing programs and infrastructure and, ideally, conceive of executable initiatives to upgrade the system.

To fulfil such gargantuan tasks satisfactorily and develop a strategic plan for the future, a term of six to eight years would be more reasonable.

Nor do the corrupt practices of many water board staffers help. In 2015, for example, engineers and officers from the board were suspended for cheating and forgery regarding water equipment. This does not help the organisation’s functioning or credibility among residents.

Here’s the good news: for the first time in at least two decades, the Delhi Jal Board seems to have competent and effective leadership. A few water ATMs, which dispense drinking water at a significantly cheaper price than bottled water, have been installed in a few locations across the city.

Thanks in part to aggressive social media advertising, these are gaining popularity among residents.

Water ‘ATMS’ have been introduced in the capital since 2014 to mitigate water shortage.

The concept of “constructed wetlands” – a pilot project proposed in 2009 which features an artificial marsh made of plants that absorb the impurities in water – has also been moved forward. The project aims to clean up an eight-kilometre stretch of supplementary waste water drain that, like most of Delhi’s waste water, dumps into the Yamuna river.

Other programs to clean up the Yamuna have thus far failed. If successfully completed, Delhi’s wetlands pilot may be replicable in the many other Indian cities facing water shortages thanks in part to polluted waterways.

There is no intrinsic reason why Delhi residents could not have a reliable supply of water that can be drunk straight from the tap, 24 hours a day, without any health concerns or interruptions, within the decade. But it will take a lot of political work, from both within and beyond the Delhi Jal Board, to get there.