Sukapaika: Death of a river

How embankments have killed Odisha’s Sukapaika river that was the lifeline of over 0.5 million people 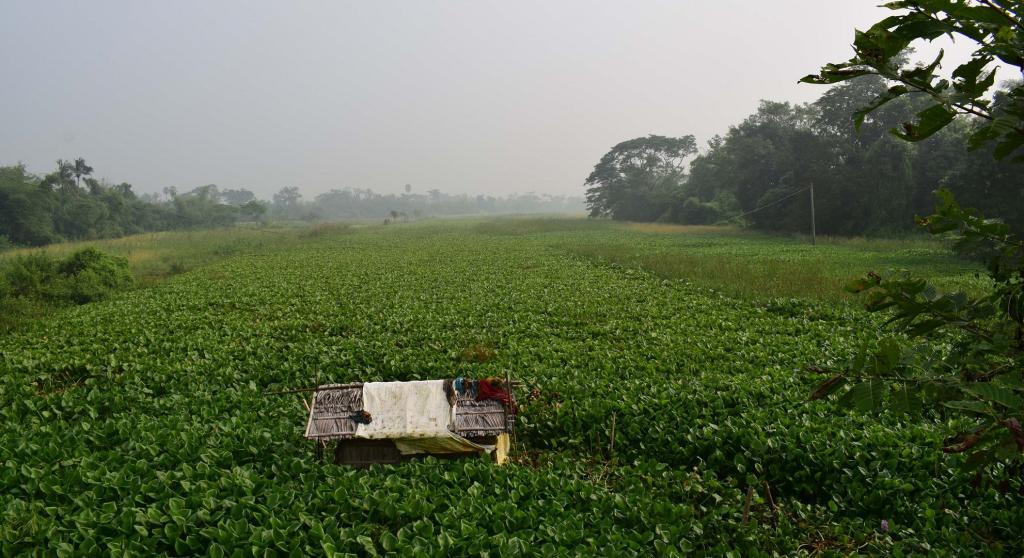 Sukapaika is one of the several distributaries of the mighty Mahanadi river in Odisha. It branches away from the Mahanadi at Ayatpur village in Cuttack district and flows for about 40 kilometres (km) before rejoining its parent river at Tarapur in the same district. In the process, it drains a large landmass comprising over 425 villages under 26 gram panchayats in three blocks — Cuttack Sadar, Nischintakoili and Raghunathpur.

Not long back, people of these villages completely depended on the river for their drinking water, bathing, irrigation, fishing and other livelihood options, but not anymore. The reason: Sukapaika is being choked to death gradually due to government apathy.

“Our main crops were potato, tomato, brinjal, cauliflower and cabbage, which we grew along the river. Fishing was also a lucrative livelihood option. Now all economic activities have stopped. Around 60 villages are severely hit because of the barrenness of the river,” says Narayan Tripathy, a marginal farmer of Phulara village in Cuttack Sadar block.

The problem has its roots in 1952, when the state government blocked the starting point of the Sukapaika with an embankment to save the villages around it from floods. Subsequently, in 1957, two major projects — Hirakud Dam in Sambalpur district and Naraj barrage at Cuttack — were built upstream on the Mahanadi, ostensibly to control floods in it.

However, the embankment on the Sukapiaka was not removed. This left the distributary totally dependent on rainwater. The neglect has hit the 0.5 million people residing in the villages over the next half a century.

The riverbed has suffered erosion and it is full of hyacinth from Ayatpur to Tarapur. Most trees along the river have also disappeared. At some patches, cattle heads are seen to be grazing on a dry patch in the middle of it.

The average rainfall in Cuttack is around 1,700 mm, but as the river has lost its water holding capacity, it remains dry most of the year. Residents say that the water table has also gone down from around from 1.5 metres few years back to 12 metres today.

“The river stinks when the hyacinths decompose. The polluted water has caused skin disease among people. Most households have tube wells but they go dry in summers,” says Nirmal Chandra Behera, former sarpanch of Bodhapur, 10 km downstream Ayatpur. He says decomposed hyacinth causes infection to even livestock. Bodhapur is a fairly large village with around 1,000 households. Over 300 households belong to fishing community.

“The Sukapaika river was full of high quality fish varieties like pohala, rohi, bhakur and kerandi. But 30 years back, we stopped as it became impossible to fish in the river,” says 70-year-old Bansidhar Behera. Fisher folks like Bansidhar Behera and Dhirendra Mahali now trade in fish purchased from Paradip and Andhra Pradesh to survive. “Many have quit the profession and migrated for work,” says Mahali.

According to Bhabani Behera, 67, of Phulara village, at least 8 hectares (ha) were being cultivated with water from the Sukapaika two decades back. During summer, he says, people used to dig up dug well by the river to irrigate their land, which has become completely barren now. 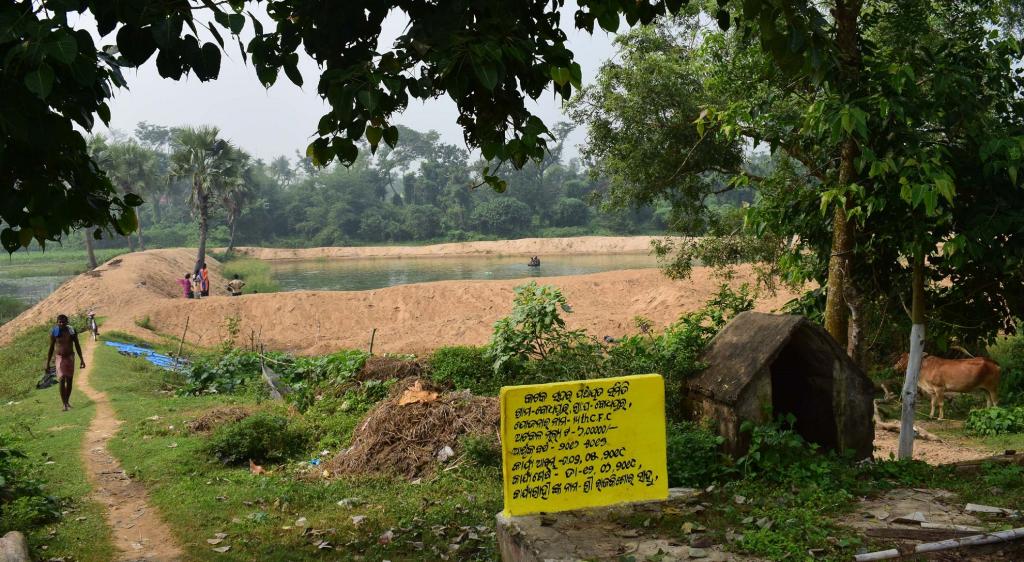 The residents allege that as Sukapaika started drying, encroachments began along its course at several places. At Teldia village, a government building has encroached the riverbed, while a pond has been dug up in it at an expenditure of Rs 6 lakh at Bodhapur.

Debasish Patnaik, development officer of Cuttack Sadar block, confirms that the Bodhapur gram panchayat has recently built a pond and says he will enquire if it has been built in the riverbed. Sucheta Mohapatra, Kishannagar tehsildar, says the river is now dead, but adds that they have not received complaints about encroachment. “The idea is to erase the memory of the Sukapaika river from people’s mind before large scale land grab,” says journalist Basanta Rath.

Residents are now trying to revive the lost river. They have been writing petitions to the government since 2016 demanding the removal of the embankment at Ayatpur. “When the planners are thinking about interlinking of the rivers in an artificial way, why to choke the natural flow from a parent river to a distributary?” asks activist Swaroop Rath.

The residents have also launched the Sukapaika Bachao Abhiyan (save Sukapaika campaign or SBA). P C Rath, cardiologist, is the convenor of the SBA. According to Odisha water activist Ranjan Panda, distributaries like Sukapaika are important systems of the Mahanadi to control floodwater and maintain the flow in the river as well as the Bay of Bengal.

“Such natural systems should not be chocked at any cost because such obstructions are basically the death knell for a river system affecting livelihoods of riparian communities and other ecosystem functions; the dry river caused by the blockage at Ayatpur proves that well,” Panda says.

He adds that the government should immediately restore the flow by reconnecting the Mahahadi with the distributary, else it will fuel another mass movement by locals to save Sukapaika.