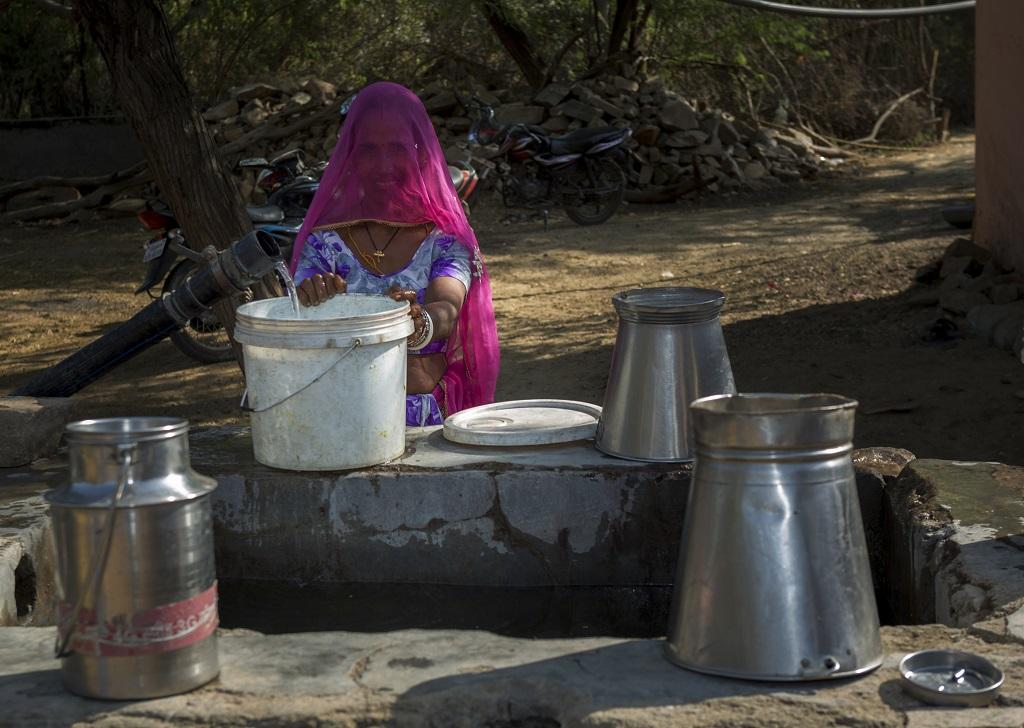 As India grapples with acute water crisis, the Union budget on July 5, 2019, put an impetus on the availability of drinking water by allocating Rs 9,150.36 crore for the National Rural Drinking Water Programme.

This comes at a time when major Indian states, including Tamil Nadu, Karnataka, Gujarat, and Maharashtra, are suffering from major water crisis.

The Budget allocated more than Rs 20,000 crore for drinking water and sanitation — an increase of 0.11 per cent compared to last year.

The Budget mentioned that 1,592 critical and over-exploited blocks were identified under Jal Shakti Abhiyan.

The focus will also be on integrated demand and supply side management at a local level, creation of local infrastructure for rainwater harvesting, groundwater recharge, and household waste water management, Sitharaman said.

The Jal Jeevan Mission will be implemented by the Jal Shakti Ministry, into which the ministries of Drinking Water and Sanitation and Water Resources, River Development and Ganga Rejuvenation were recently merged.

The government has, however, allocated money separately to the two departments of the ministry.

Under the Department of Water Resources, River Development, and Ganga Rejuvenation, a total of Rs 8245.25 crore has been allocated, an increase of eight per cent from last year.

Aiming to address the agrarian crisis in rural India, schemes under the Pradhan Mantri Krishi Sinchai Yojana —for irrigation — received an allocation of Rs 4,115.56 crore, an increase of 659 crore from last year.

However, the components under it like har khet ko pani (Water for every field) and special package for irrigation projects to address agrarian distress in districts of Vidarbha and Marathwada and other drought prone areas under Maharashtra saw a cut of Rs 1,111 crore and Rs 200 crore respectively.

There is no change in allocation for cleaning of Ganga under Namami Gange project, which was Modi government’s top priority in its first term.