Water scarcity may cause upto 6% loss in GDP: World Bank

Water shortage may also increase migration and conflicts in some regions, finds a World Bank report 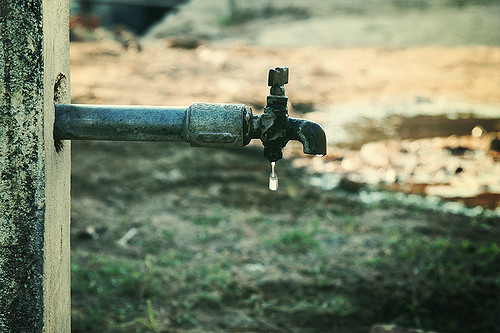 Water scarcity, aggravated by climate change, could cost some regions up to 6 per cent of their GDP, according to a new World Bank report released today. The study also finds that water shortage may lead to a spur in migration and spark conflict in some parts of the world.

The study, titled “High and Dry: Climate Change, Water and the Economy” says that the combined effects of growing populations, rising incomes and expanding cities will see demand for water rising exponentially, while supply becomes more erratic and uncertain.

Unless action is taken soon, the report says, water will become scarce in regions where it is currently abundant—Central Africa and East Asia—and scarcity will greatly worsen in regions where water is already in short supply, such as the Middle East and the Sahel in Africa. These regions could see their growth rates decline by as much as 6 per cent of GDP by 2050 due to water related impacts on agriculture, health and incomes.

The report also warns that reduced freshwater availability and competition from other uses, such as energy and agriculture, could reduce water supply in cities by as much as two thirds by 2050, compared to 2015 levels. Water insecurity could multiply the risk of conflict, the report adds. Food price spikes caused by droughts can inflame latent conflicts and drive migration. The report adds that in the regions where rainfall plays a crucial role in economic growth, episodes of droughts and floods have led to migration and violence.

"Water scarcity is a major threat to economic growth and stability around the world, and climate change is making the problem worse," said World Bank President Jim Yong Kim. "If countries do not take action to better manage water resources, some regions with large populations could be living with long periods of negative economic growth. But countries can enact policies now that will help them manage water sustainably for the years ahead."

The negative impacts of climate change on water could be neutralised with better policy decisions, the report says, with some regions standing to improve their growth rates by up to 6 per cent with better water resource management.

"There is a silver lining," said the report's author and World Bank Lead Economist Richard Damania. "When governments respond to water shortages by boosting efficiency and allocating even 25 per cent of water to more highly-valued uses, losses decline dramatically and for some regions may even vanish. Improved water stewardship pays high economic dividends."