With half a million new farm ponds, should farmers be worried about deficit monsoon?

In the last 12 years, the MGNREGA has created at least 46 new water harvesting structures in every village 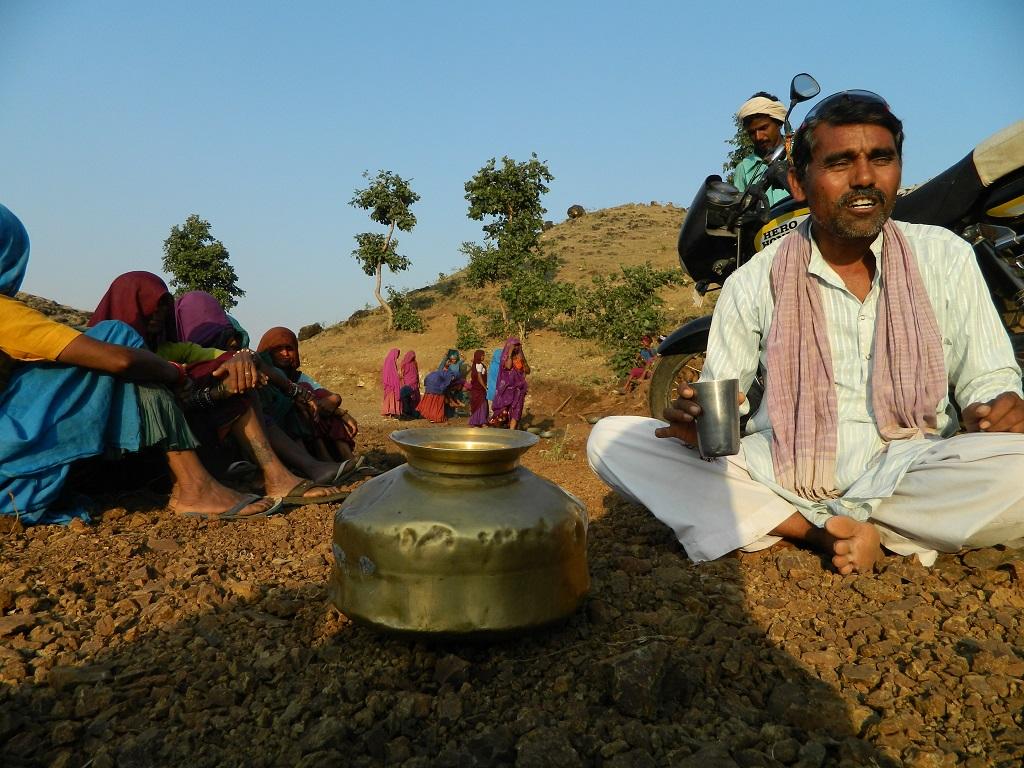 Majority of the incomplete works are in the states that have witnessed drought in the last three years or are currently reporting drought-like situation in many districts. Credit: Moyna

The monsoon has completed first month of its four-month season, and it is deficit by 10 per cent. Though monsoon in the last five years has witnessed surplus and deficit rainfall alternatively, in the first month of 2018 monsoon, the northwest and east and northeast regions have received 20 and 26 per cent less rainfall respectively. These are the major food grain producing regions in India, and there are already reports of low sowing.

But, should Indian farmers be worried about a deficit monsoon? Though close to 65 per cent farms in India are rain-fed and one-third of the country faces drought every year, the extensive water conservation works undertaken under the Mahatma Gandhi National Rural Employment Guarantee Act, 2005 (MGNREGA) arguably, have insured farmers against deficit rainfall.

From April 2017 to June 2018, according to the official website of MGNREGA (under Ministry of Rural Development), which tracks progress of MGNREGA through a comprehensive MIS, altogether 1.3 million water conservation works have been created. This means, at least two such structures for each of India’s 597,464 villages. These structures are meant for soil and water conservation, groundwater recharge, irrigation and drought-proofing.

A majority of these works–about 70 per cent–is for providing irrigation to farmers. Out of these, half are farm ponds, which are water storage structures on a farm. These farm ponds give farmers direct access to harvested water during rain-deficit phase. This has been emerging as an effective drought mitigation strategy in the country. Going by the official data, half a million farm ponds have been created.

But more than this, MGNREGA, in its 12 years of existence, has created enormous number of water conservation structures. These should already be helping in recharging groundwater and creating storages to harvest rainwater. Since 2005, it has created 46 such structures for every village in the country. Despite this, even a slightly deficit monsoon leads to widespread drought, having a manifold effect on agriculture. This is why question is raised on effectiveness of these conservation works.

Going by the data (as on October 12, 2017) in the Ministry of Rural Development’s website, 10.4 million works have not been completed since April 2014. In the last three and half years, 39.7 million works were started under the programme. Going by the stipulation under the programme, close to 70 per cent of these works are related to water conservation, irrigation and land development.

Completion rate is the most robust indicator of whether the programme is performing, as it is related to employment demand and other benefits envisioned. These works are also crucial assets for villages for fighting drought and water scarcity.

Going by an analysis of Down To Earth, majority of the incomplete works are in the states that have witnessed drought in the last three years or are currently reporting drought-like situation in many districts. For example, Maharashtra has been in news for severe drought and consequent farmers’ suicides in the last few years (including this year). In the last three and half years, the state started more than 1.3 million works, 80 per cent of which are related to water conservation and irrigation. But 40 per cent of the works are not completed. A total of 235 districts in the country are currently facing drought-like situation due to deficit rain in the range of 20-60 per cent. They account for more than 90 per cent of the works not completed in the last three and half years.

In 2007, the Centre for Science and Environment (CSE) was the first to point out this trend of starting more and more works but not completing them. A nationwide survey conducted by CSE pointed out that due to lack of completion of works, people didn’t find the programme beneficial beyond the daily wage. Under the programme, creation of village assets is a key objective to regenerate local ecology and thus, ensuring long-term benefits. For example, a water conservation structure created under the programme ensures irrigation to at least four hectares of land. This focus is an incentive for people to participate in the programme. Besides, under the programme, communities belonging to BPL, SC and ST categories can take up works in their private lands. This is the reason why the programme always had greater participation from these sections of population.

MGNREGA falling out of favour

The National Democratic Alliance (NDA) has been inconsistent with programme. Immediately after coming to power in May 2014, Prime Minister Narendra Modi discarded the programme as a wastage of public money. But within two years, there was a perceivable change of heart and MGNREGA, at least, was not abandoned. However, it is eminently visible that it doesn’t enjoy the political support it received from the previous government that brought in this legislation.

MGNREGA is the only public wage programme that takes care of people’s income during lean period. The declining rate of work completion is both a sign and warning of where the programme is heading to. First, due to droughts in the last three years, governments have opened up works under this programme to mount drought relief. This shows that the programme still remains the most important instrument of survival for people in distress. Second, if these works are not completed, its long-term objective of drought-proofing is defeated.

Government would anyway open up works to meet the demands of distressed rural people to ensure basic minimum earning through wage. But delay in wage payment and without the benefit of creating productive assets that ensure irrigation and insurance against fluctuating monsoon, people might not find the programme lucrative. Wage in urban areas is always higher than the rate under MGNREGA. Does this mean the drastic fall in completed work is an indicator of people already abandoning the programme? The jury is out.