Since 1950, average temperatures in the Greater Yellowstone Area have risen 1.3°C and it has lost a quarter of its annual snowfall 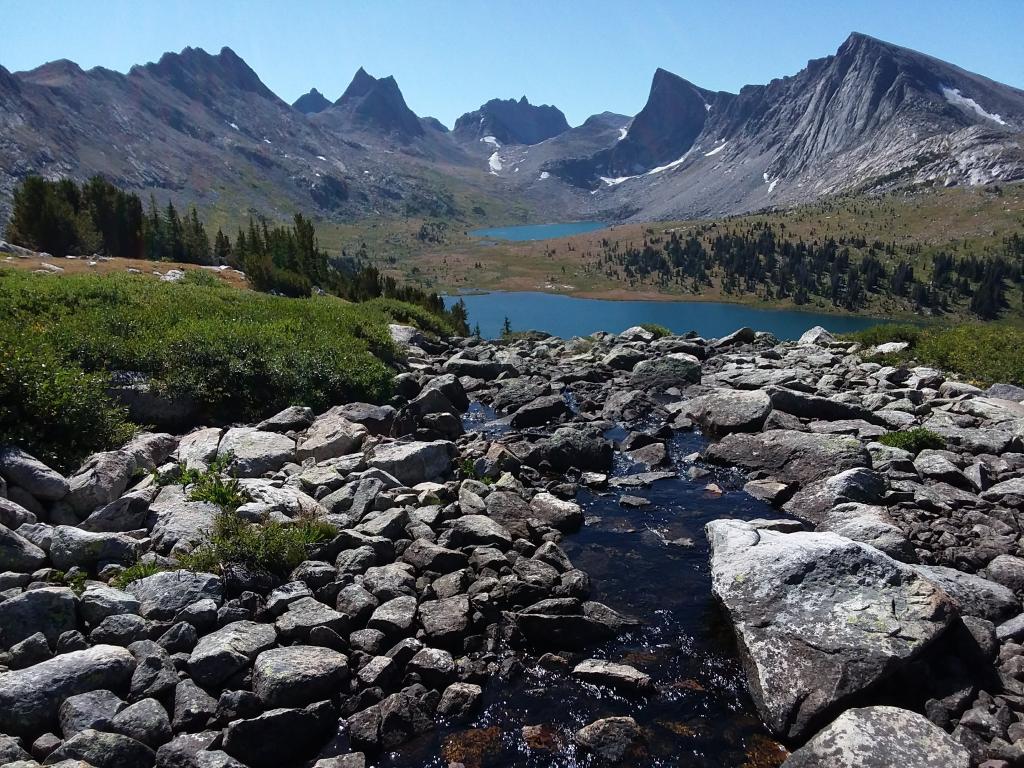 When you picture Yellowstone National Park and its neighbor, Grand Teton, the snowcapped peaks and Old Faithful Geyser almost certainly come to mind. Climate change threatens all of these iconic scenes, and its impact reaches far beyond the parks’ borders.

A new assessment of climate change in the two national parks and surrounding forests and ranchland warns of the potential for significant changes as the region continues to heat up.

Since 1950, average temperatures in the Greater Yellowstone Area have risen 2.3 degrees Fahrenheit (1.3°C), and potentially more importantly, the region has lost a quarter of its annual snowfall. With the region projected to warm 5-6°F by 2061-2080, compared with the average from 1986-2005, and by as much as 10-11°F by the end of the century, the high country around Yellowstone is poised to lose its snow altogether.

The loss of snow there has repercussions for a vast range of ecosystems and wildlife, as well as cities and farms downstream that rely on rivers that start in these mountains.

Broad impact on wildlife and ecosystems

The Greater Yellowstone Area comprises 22 million acres in northwest Wyoming and portions of Montana and Idaho. In addition to geysers and hot springs, it’s home to the southernmost range of grizzly bear populations in North America and some of the longest intact wildlife migrations, including the seasonal traverses of elk, pronghorn, mule deer and bison.

The area also represents the one point where the three major river basins of the western U.S. converge. The rivers of the Snake-Columbia basin, Green-Colorado basin, and Missouri River Basin all begin as snow on the Continental Divide as it weaves across Yellowstone’s peaks and plateaus.

How climate change alters the Greater Yellowstone Area is, therefore, a question with implications far beyond the impact on Yellowstone’s declining cutthroat trout population and disruptions to the food supplies critical for the region’s recovering grizzly population. By altering the water supply, it also shapes the fate of major Western reservoirs and their dependent cities and farms hundreds of miles downstream.

Rising temperatures also increase the risk of large forest fires like those that scarred Yellowstone in 1988 and broke records across Colorado in 2020. And the effects on the national parks could harm the region’s nearly US$800 billion in annual tourism activity across the three states.

A group of scientists led by Cathy Whitlock from Montana State University, Steve Hostetler of the U.S. Geological Survey and myself at the University of Wyoming partnered with local organizations, including the Greater Yellowstone Coalition, to launch the climate assessment.

We wanted to create a common baseline for discussion among the region’s many voices, from the Indigenous nations who have lived in these landscapes for over 10,000 years to the federal agencies mandated to care for the region’s public lands. What information would ranchers and outfitters, skiers and energy producers need to know to begin planning for the future?

Shifting from snow to rain

Standing at the University of Wyoming-National Park Service Research Station and looking up at the snow on the Grand Teton, over 13,000 feet above sea level, I cannot help but think that the transition away from snow is the most striking outcome that the assessment anticipates — and the most dire.

Today the average winter snowline — the level where almost all winter precipitation falls as snow — is at an elevation of about 6,000 feet. By the end of the century, warming is forecast to raise it to at least 10,000 feet, the top of Jackson Hole’s famous ski areas.

The climate assessment uses projections of future climates based on a scenario that assumes countries substantially reduce their greenhouse gas emissions. When we looked at scenarios in which global emissions continue at a high rate instead, the differences by the end of century compared with today became stark. Not even the highest peaks would regularly receive snow.

In interviews with people across the region, nearly everyone agreed that the challenge ahead is directly connected to water. As a member of one of the regional tribes noted, “Water is a big concern for everybody.”

Precipitation may increase slightly as the region warms, but less of it will fall as snow. More of it will also fall in spring and autumn, while summers will become drier than they have been, our assessment found.

The timing of the spring runoff, when winter snow melts and feeds into streams and rivers, has already shifted ahead by about eight days since 1950. The shift means a longer, drier late summer when drought can turn the landscape brown — or black as the wildfire season becomes longer and hotter.

The outcomes will affect wildlife migrations dependent on the “green wave” of new leaves that rises up the mountain slopes each spring. Low streamflow and warm water in late summer will threaten the survival of coldwater fisheries, like the Yellowstone cutthroat trout, and Yellowstone’s unique species like the western glacier stonefly, which depends on the meltwater from mountain glaciers.

Preparing for a warming future

These outcomes will vary somewhat from location to location, but no area will be untouched.

We hope the climate assessment will help communities anticipate the complex impacts ahead and start planning for the future.

[Get our best science, health and technology stories. Sign up for The Conversation’s science newsletter.]

Fortunately, as the report indicates, we have choices. Federal and state policy choices will determine whether the world will see optimistic scenarios or scenarios where adaption becomes more difficult. The Yellowstone region, one of the coldest parts of the U.S., will face changes, but actions now can help avoid the worst. High-elevation mountain towns like Jackson, Wyoming, which today rarely experience 90 F, may face a couple of weeks of such heat by the end of the century — or they may face two months of it, depending in large part on those decisions.

The assessment underscores the need for discussion. What choices do we want to make?

Bryan Shuman, Professor of Paleoclimatology and Paleoecology, University of Wyoming