Yet another seer sits on fast-unto-death for Ganga

Padmavati from Bihar has been on a fast since December 15, 2019, in protest against government apathy towards the Ganga, joining an increasing list of seers on fast-unto-death for the river's sake.

The 23-year-old philosophy graduate is from Bihar's Nalanda. Like GD Agarwal, also known as Swami Sanand, who died after 111 days of fasting at Haridwar, Padmavati too belongs to Haridwar’s Matri Sadan hermitage and is fasting there.

She is the first woman and the fifth seer from Matri Sadan to go on such a fast for the river.

“It seems it is too difficult for the government sitting in Delhi to take notice of what is happening in Uttarakhand. Therefore, we had to come to Delhi today,” Swami Dayanand, a saint from Matri Sadan told Down To Earth on the sidelines of a press conference on January 2, 2019. 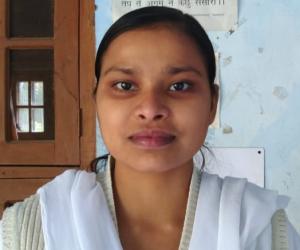 In a three-page letter addressed to Prime Minister Narendra Modi that was sent on December 4, 2019, Padmavati placed several demands. Most of them were similar to what earlier fasting seers had asked for.

The first and foremost demand was that all dams under construction and proposed ones upstream of the Ganga in Uttarakhand were to be stopped, to ensure the natural flow of the river.

For the existing dams, the letter said the current norms — 20 per cent of the monthly average flow in the dry period (November-March), 25 per cent in the lean period (October, April and May) and 30 per cent in the high flow season (June-September) in the upper stretch of the river — were too lame and will do almost nothing to restore the natural flow of the river.

Therefore, the letter said, the limits must be increased as recommended by the consortium of Indian Institutes of Technology (IITs). Many experts, including IIT experts also maintain this. The government though, is facing resistance on even these ‘lean norms’, as three Uttarakhand dams have moved the state’s high court, challenging them.

Another major demand in the letter was that mining on the Ganga’s riverbed must be completely stopped, as mandated by the National Green Tribunal (NGT).

However, there are two reports of two government institutions — the Central Pollution Control Board (CPCB) and the NGT — which clearly show that the mining is rampant there. The NGT report, submitted on the basis of field visits in 2017, said: “Substantial mining has taken place on the left side of the river bed, as well as the banks of the Ganga river. (Besides other observations), presence of stone crushes with heavy machinery and huge piles of crushed material further substantiates this fact. To know the exact extent of this illegal mining, the state government of Uttarakhand can be asked to conduct a scientific study.”

Rajendra Singh, also known as ‘India's Waterman’, was present at the press conference in New Delhi, where Swami Dayanand and other seers addressed the media. “When we have such clear reports, what prevents the Uttarakhand and the Central governments from taking action? Why should this not lead us to believe that the government is hand-in-glove with the mining mafia?” he asked.

The Matri Sadan received a letter on May 4, 2019, from National Mission for Clean Ganga (NMCG) director general Rajeev Ranjan. “The NMCG and the CPCB have been issuing directions to the district administration from time to time and seeking compliance thereof,” the letter read. It further stated that the CPCB conducted a fresh inspection in 2019, after a discussion at Matri Sadan, and it again issued directions to the state government.

“Is that all the Central government can do? Issue directions to curb mining? Who will see to it that the directions have been implemented,” Swami Shivanand, the head of Matri Sadan, also present at the press conference, asked.

Before Padmavati, Swami Atmobodhanada sat on a 128-day fast that he called off on May 4, 2019, after receiving the NMCG's letter. Swami Nigmanand Saraswati of the Sadan died after a 115-day fast in June 2014, as did Swami Gokulanand Saraswati after a 56-day fast in 2003 for the same cause. Gopal Das, another seer, not hailing from the Sadan, also sat on a similar fast in 2018.